James Loria, a Red Cross volunteer with a lifelong passion for giving back

James Loria, a Red Cross volunteer with a lifelong passion for giving back 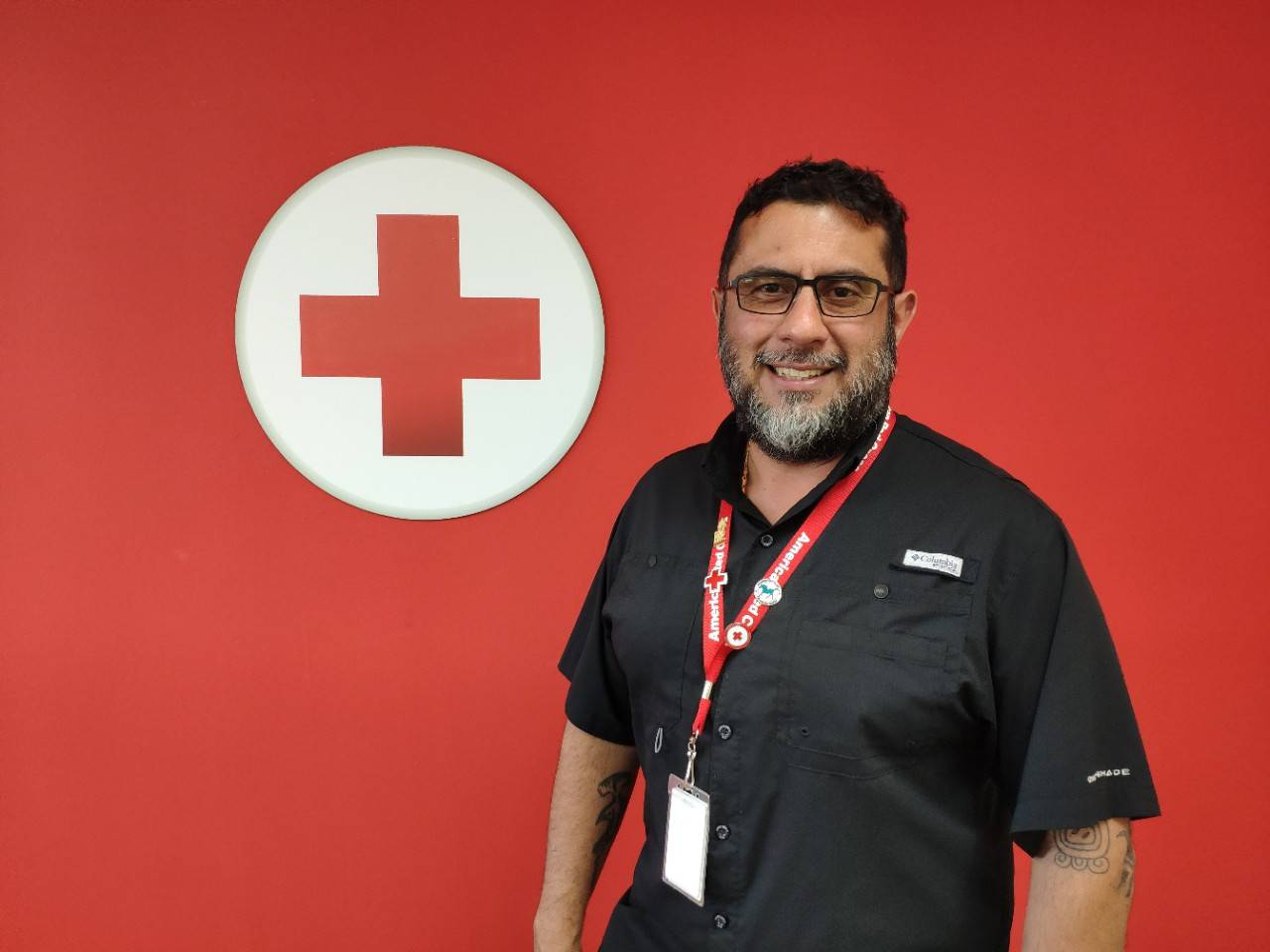 James Loria is a Red Cross volunteer since September 2017, when hurricane Irma devastated the western coast of Florida. He is a Navy veteran with a lifelong passion for giving back, he helped those affected by the disaster as a caseworker and has since trained to perform more and more disaster response duties.

James not only supports the Disaster Services team, but he also supports the Service to the Armed Forces team, and is an invaluable asset to the Executive Director, serving as a Community Volunteer Leader, (CVL). He brings deep community relationships and is always proudly representing the Red Cross as he builds new partnerships. He talks to the mayors of the towns, city managers, police and fire departments, business leaders and other NGOs throughout the area to let them know that they have a personal representative for the Red Cross in the area.

He believes that “they see the value that I bring to them because when they need something done, they call me”, and added, “James is the guy that gets things done”.

James also makes volunteering a family affair, and frequently brings his wife and daughters with him. “This office has become a family to me, everybody here knows my family and I know their families. A lot of us live in the same communities also, so it's nice to see people here that are also in my community”, he said.

Moreover, he has been educating people on the Red Cross Sound the Alarm campaign, the Pillowcase project, hurricane preparedness, and other natural disaster awareness.

In the last three years, James has deployed multiple times to support Red Cross response operations, including the Parkland shooting, Hurricane Florence in the Carolinas, Hurricane Barry in Louisiana, and most recently, to Puerto Rico to assist those impacted by the spate of earthquakes.

During his deployment in Puerto Rico, James was a translator, working for the External Relations team, precisely he was part of Community Engagement and Partnership (CEP). They have built relations with other NGOs, worked with the Federal Emergency Management Agency (FEMA) and the National Centers of Environmental Prediction (NCEP), among others.

Volunteers that are deployed, work an average of 12 hours per day and James always reminds them that they are deployed for two weeks, then they go back home but the people affected have to live with what they are going through for as long as they have to. He asks all volunteers to “come with their A-game”.

Moreover, James Loria knows Puerto Rico very well since he has two family members living in Yauco, one of the affected towns. “They were affected by the earthquake but not to the extent of so many other residents throughout the area, they were very fortunate”, James said.

A Red Cross client in the southern part of Puerto Rico whose family has lost their home, their way of transportation...They have lost everything. They didn´t have a cell phone so James was able to help them to use something as simple as a phone to call. He gave them the names of the people they needed to call including contacts from FEMA to find out where they have to go. They were also able to contact their family members back in the US, to say that they are ok, and request money so that it can be sent to them.

“It´s something as simple as that if you can help somebody, to have a connection with their family and being able to get money so they can buy a cell phone. This allows them to communicate with their family, to call the phone numbers that they needed to connect to recover from the earthquake” explained James.

“Just one simple act is all that matters. That person stayed in my mind the whole time because I knew I had made a difference for one person” added.

After his deployment in Puerto Rico, James has not stopped working. He had a shelter opened in Homestead, Miami Dade because there was an apartment building that caught fire. He also went to a board meeting for the Red Cross and he is now finding out new projects that can get the Red Cross name out there. For this, they will participate in the 2020 MS National Bike ride in April.

James loves being a volunteer for the Red Cross in South Florida because “when you see a smile from a client you helped out, or sometimes one thing as simple as a hug, you know you made a difference in their lives”.

Be a hero in your community and help people in need by making a financial donation to redcross.org/donate or calling 1-800 RED CROSS. 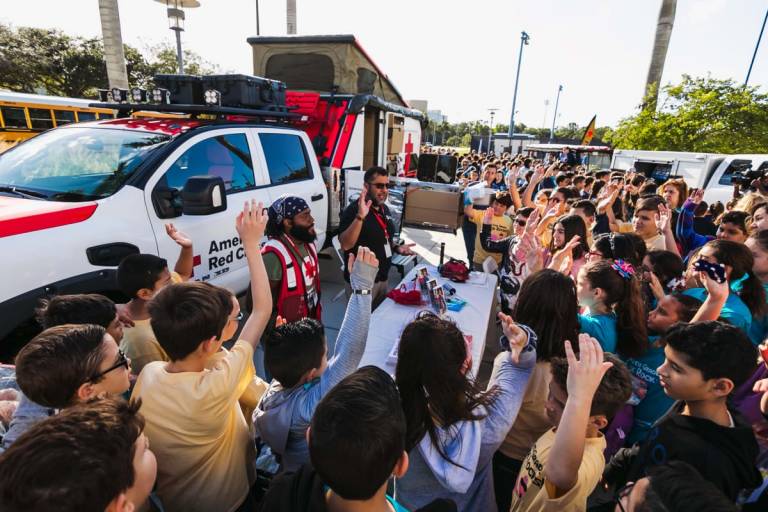 James Loria surrounded by children at an FIU Stem Event educating them on disaster preparedness. 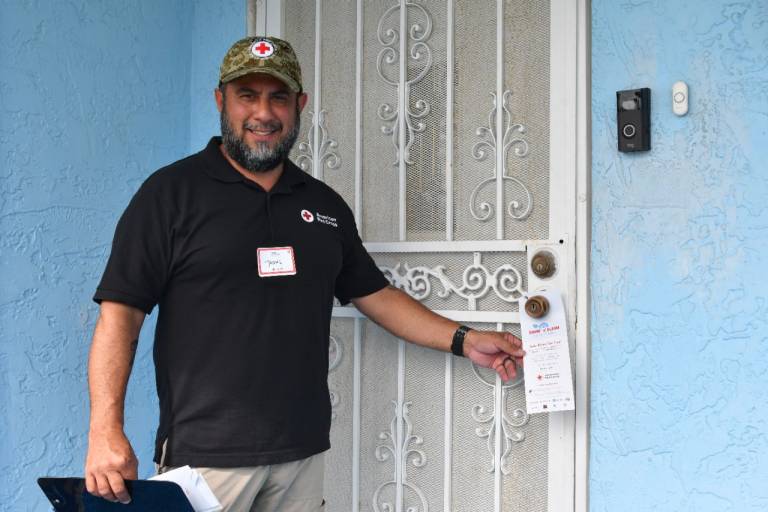 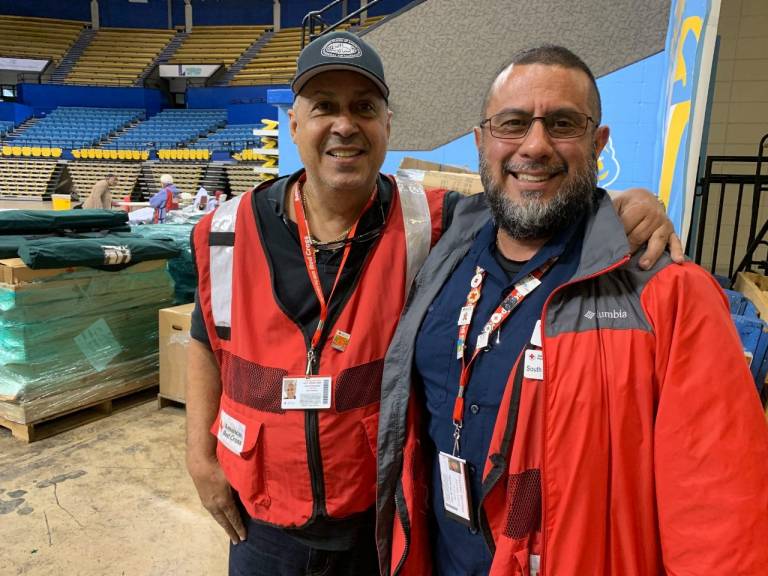 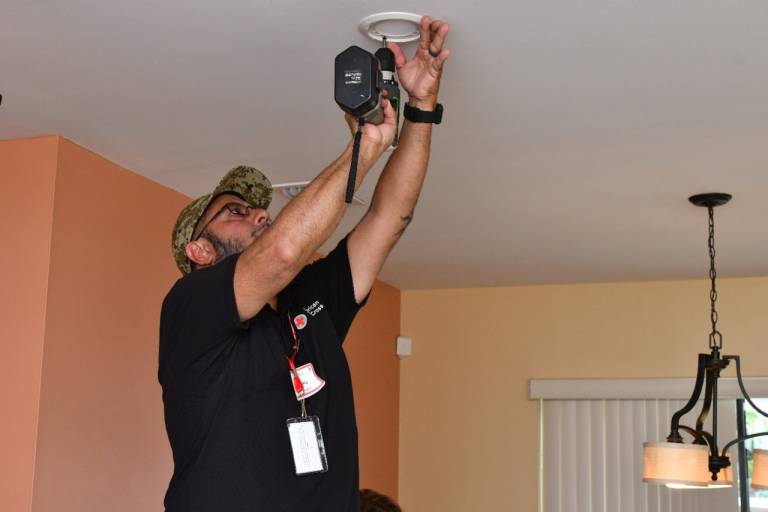 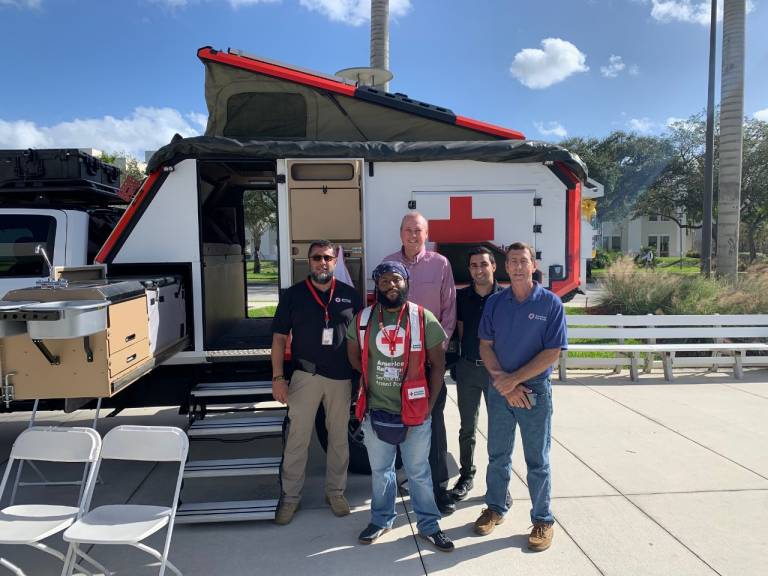 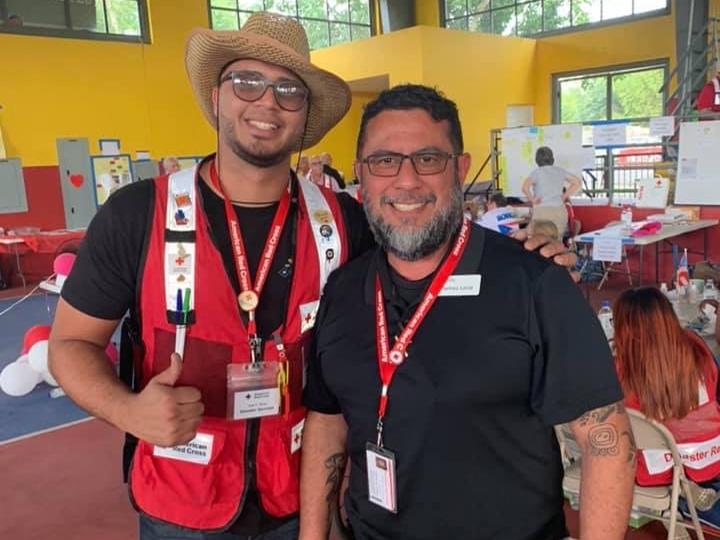