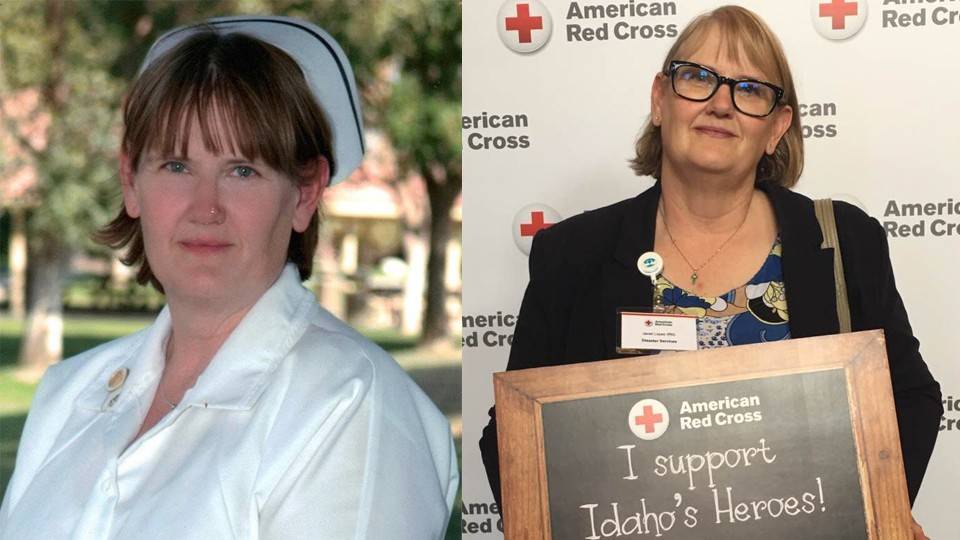 When Chris Volmer joined the Red Cross in 2017 as the disaster program manager for southwest Idaho, one of the first volunteers he met was Janet Lopez. Spring flooding in Ada County displaced families living in a mobile home community, and Volmer and his team opened a shelter in Eagle. That first night, after he had sent the rest of the volunteers home, Janet stayed with Volmer until 5 in the morning.

“We kept the shelter open on and off for 10 days, and Janet was there just about every single day, running that shelter, providing health services to clients who came in and clients who were staying with us,” he said. “She was really a rock during that incident.”

A registered nurse in Meridian and longtime Red Cross volunteer, Janet died of cancer in November at age 62. She began volunteering with Red Cross in California more than a decade ago and continued that work for the past five years in Idaho. That included a wildfire deployment to California in 2013 and two trips to Louisiana in 2016 in response to flooding. She also deployed following Hurricane Matthew in 2016. 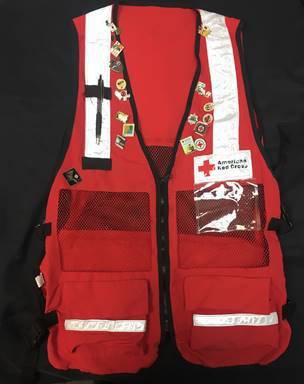 Though Diana Ochsner never actually got to meet Janet in person she considered the fellow Red Cross volunteer a dear friend.

“I feel like I know the soul that she is,” Ochsner said. “It didn’t matter what I was going through, whether I was on a deployment or dealing with a fire here, she always had my back no matter what.”

Ochsner first met Janet online about a year ago. Red Cross was looking for someone to fill a disaster workforce services position, and Ochsner put an ad on her Facebook page. Janet responded, and the two began to correspond.

Not long after, Ochsner deployed, and Janet asked if they could stay in touch because they had formed a connection.

“And I said that’s fine with me, I love the idea,” Ochsner said.

Janet was unable to deploy to recent disasters because of her battle with cancer, and that was tough on her, Ochsner said. But still she was there to support others.

“She was the kind of person, that even in her darkest moments, she was always uplifting to those around her,” Ochsner said.

“She had a knack for reading between the lines and knowing when something was wrong. She would tell me, ‘You’ve got this, sister.’”

Kim Monson, the nurse lead for North Central Division of Red Cross, remembers Janet as a tireless nurse who spent hours caring for others in nursing homes, hospice facilities and the veterans’ home.

“She was always smiling and always willing to help with anything,” Monson said. “She had her emergency go-bag in the trunk of her car at all times, just in case.”

Volmer said earlier this year Janet stopped by to drop off her Red Cross gear because she was undergoing chemotherapy, which was making her tired and it difficult for her to volunteer. The team deactivated Janet, but six weeks later she called and wanted back on the roster and back helping people.

“Janet was everything you would want out of a Red Cross responder,” he said. “She was kind, she was compassionate, she had empathy and she would sit down with people and talk with them. She was never out of time to sit down and listen to someone talk about what was going on.

“She was our Clara Barton.”

Janet was never happier than when she was making someone’s else day a little brighter, her son Jeremy Hamilton said.

“She was a very caring person who really enjoyed helping others,” Hamilton said. “One of the things that brought her the most joy was helping out with the Red Cross, becoming a nurse and helping people whenever she could.”

Ochsner visited the Red Cross office in Boise recently and bumped a chair, knocking a Red Cross vest to the floor.

“I went to pick it up and wow was that thing heavy because of all of the pins,” Ochsner said, explaining that the Red Cross hands out pins to those who deploy to disasters or reach other milestones.

Ochsner recently returned from a deployment to Florida following Hurricane Michael. She hadn’t heard from Janet in a while so the day she got back she went to her Facebook page to see if she had been posting anything. That’s when she got the news.

“I just feel like I’m missing a friend,” Ochsner said. “She should still be here.”