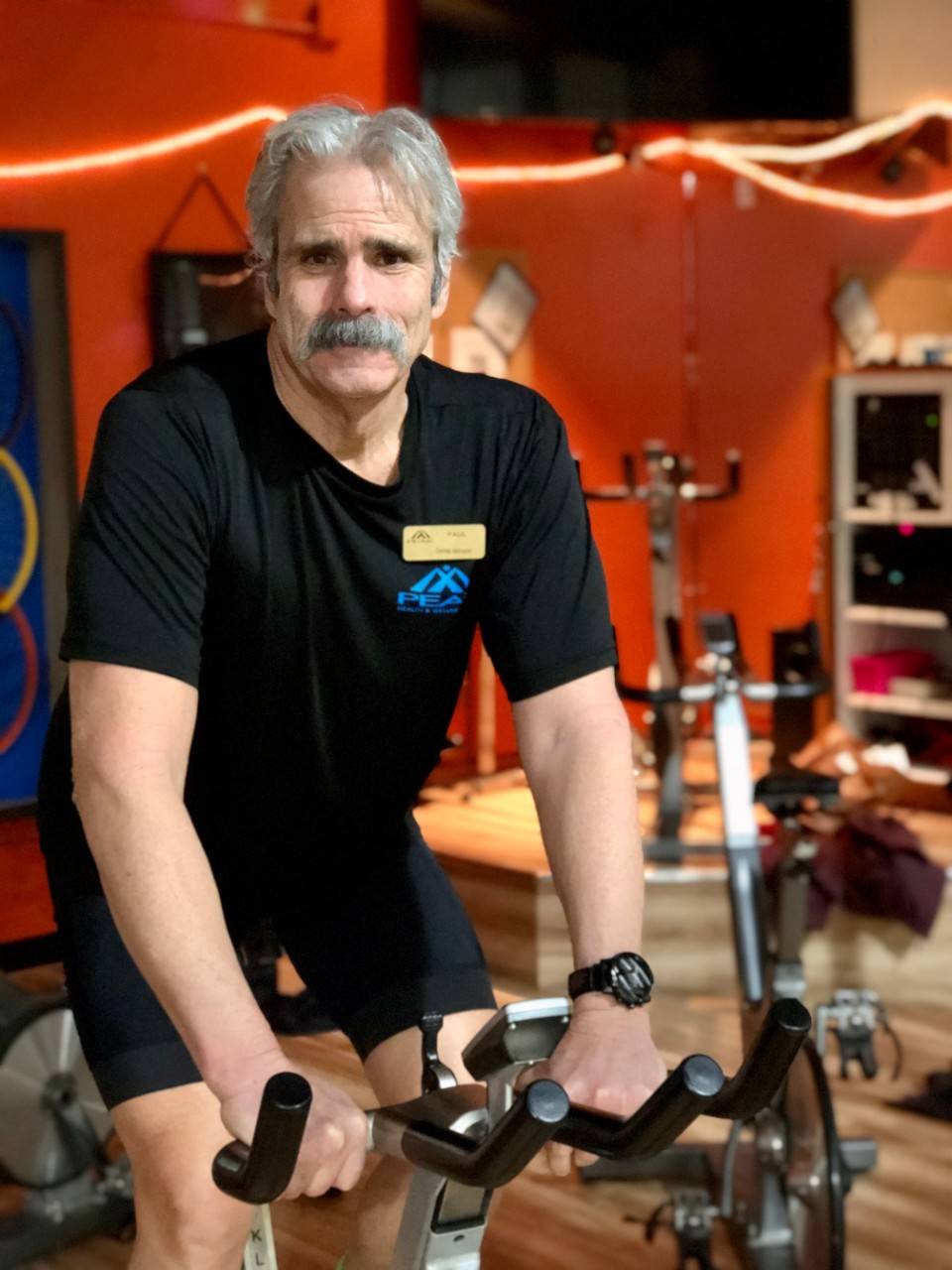 Since Paul Gay decided to make major lifestyle changes, he’s lost 80 pounds and is no longer diabetic. Besides joining the gym and eating better, he also has become a regular blood donor.

When Paul Gay signed up for a gym membership three years ago, his wife figured it was a waste of money. She didn’t think he’d ever actually work out.

It’s the time of year when many people focus on what they want their lives to be like and though it’s not always easy to stick with it, sometimes those aspirations actually become reality.

Getting fit was just one of Gay’s resolutions. He also made a lifestyle change that included better eating and giving blood.

And, Gay followed through with his commitment to better health.

He started small and now cycles 20-50 miles a day, indoors and outdoors. He’s down 80 pounds, no longer diabetic and teaches spin classes at Peak Health & Wellness Center in Great Falls.

His energy level is up, he looks great, and he’s found giving blood — with the included vital signs check — keeps him on track and inspired.

Gay has donated more than two gallons of blood, which have gone toward saving the lives of as many as 48 people.

He uses the American Red Cross blood donor app, which tracks appointments, includes a digital donor card, logs total pints or platelets donated, offers a rapid pass so you can answer eligibility questions ahead of time and tracks donated blood from your vein to a patient’s vein.

Gay, a veteran who works in electronics, gave blood regularly in high school but fell out of the habit as he got older. He wishes he hadn’t quit now that he’s seen the difference his three years of blood donations have made. He could already be in the 100-gallon club, he said, if only he had stuck with it.

“It doesn’t hurt. You’re not giving something that diminishes you,” he said. “I think of it as a renewal. You give a pint and produce it again. And, you’re helping your community.”

Gay gives blood at the Red Cross site in Great Falls and occasionally at the mobile clinic.

“I hope I never need blood, but if I do I know it will be there,” he said.

Every two seconds, someone in the United States needs blood. Schedule an appointment today or find a drive near you by visiting RedCrossBlood.org or calling 800-RED-CROSS (1-800-733-2767).

The donation process takes about an hour.