Camp Fire devastating, says Montana volunteer, but survivors 'give me hope for our world' 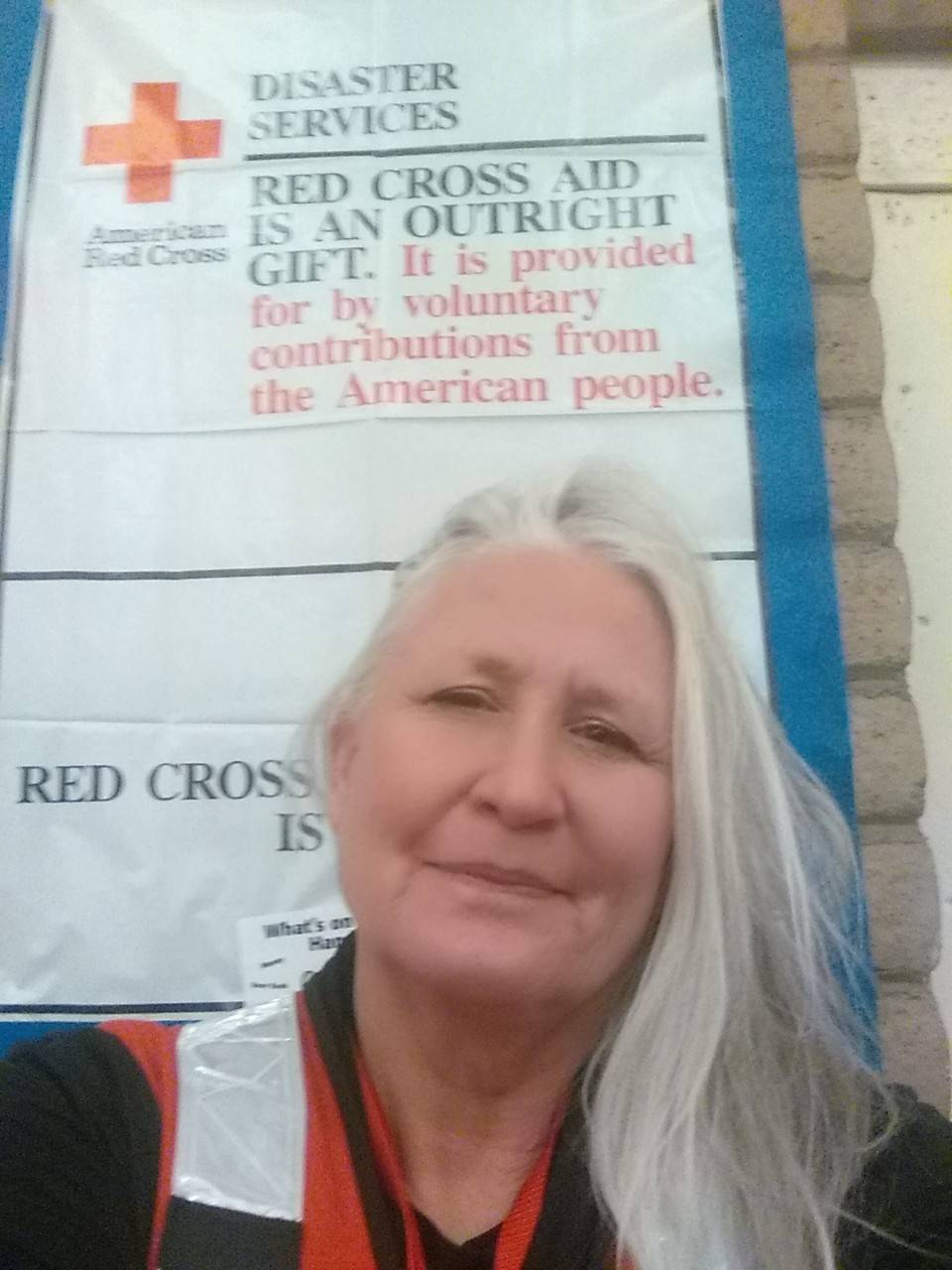 Note: This story was written by journalist Traci Rosenbaum and originally appeared in the Great Falls Tribune.

Burned-out cars. Homes reduced to ash. Where trees once stood, cinders are all that’s left.

The photos in the news might have prepared Deborah Hayes Ferdinand for what she would see in what used to be Paradise, where the Camp Fire has devastated more than 150,000 acres of northern California.

But pictures can’t prepare you for the stories of the people affected by the fire.

Ferdinand, a therapist and licensed clinical professional counselor, has a practice in Moccasin. Originally from Alaska, she and her husband have a small cattle ranch near in what she describes as “the middle of nowhere.”

For the past two weeks, Ferdinand has been a disaster mental health volunteer for the American Red Cross, supervising the Glenn County Fairgrounds Evacuee Shelter in Orland, Calif.

“Working with people who have experienced such loss is very, very emotionally difficult,” she said.

Ferdinand has spoken to survivors who’ve lost everything from belongings to pets to friends, family and neighbors they’ve known forever. She’s seen homeless people who’ve been displaced by the fire and people who fled the home they thought they’d live in until they died.

“They walked away with whatever they could put in their car, if they were even able to take their car,” she said. “The loss is tremendous. I don’t think that people who aren’t around the disaster really get the impact of the numbers.”

In addition to the mental trauma caused by the disaster, these folks have medical problems, fragile health and chronic mental illnesses that must be addressed.

Rotations for volunteers such as Ferdinand are usually no longer than a week, but the scale of this disaster left a need for licensed professionals to provide therapy to disaster victims.

According to Ferdinand, the Red Cross’s intensity for the Camp Fire was a level 7, which is determined based on factors such as financial cost and the loss of life. Hurricanes Katrina and Michael were level 5 and 6 disasters, she said.

As of Nov. 26, according to the Red Cross, more than 890 people remain displaced, seeking refuge at 11 Red Cross and independent community shelters across northern California. As many as 600 volunteers are still on the ground helping families affected by the disaster.

Ferdinand says there’s no way to estimate how many people are living at the shelter. The fairgrounds’ exhibition hall is filled with cots, but other folks are staying in tents, motorhomes and travel trailers throughout the grounds.

“The population is changing every day,” she said. “People come and people go.”

Ferdinand has been working 12- to 15-hour days, and she’s not the only one. That kind of schedule in such a high-anxiety environment takes its toll. That’s why Ferdinand’s services extend to everyone at the shelter, including medical teams, doctors, nurses, military personnel, security and numerous volunteers.

“You’re sleeping on cots and nobody’s resting, so it’s hard. It’s physically hard for everybody,” Ferdinand said. “Can you imagine your grandparents who are in their 80s losing their house and having to sleep in a shelter on a cot? It’s horrible.”

Rains have scrubbed much of the smoke from the air in Paradise, but concerns for the area have now turned to mudslides, and no one is allowed back in yet to assess the damage. The people still at the shelters have no place else to go.

Ferdinand calls their situation a “holding pattern” punctuated by numerous obstacles, both small and large.

The health care system in California is different from Montana’s so Ferdinand spends a lot of time coordinating mental health services, arranging transportation to appointments and getting those in need connected with long-term case management.

Fortunately, Ferdinand’s location has a place for pets, but she’s seen survivors whose furry family members and companion animals are stuck in animal shelters who have begun asking that the animals either be picked up or permanently surrendered.

“All they have left are their animals,” Ferdinand said, “and now they’re asking that they be surrendered to animal control, and that means either adopting them (out) or euthanizing them.”

Despite these hardships, the fire has brought out the best in people.

For Thanksgiving, the Salvation Army sent fully prepared meals so that evacuees could share the traditional holiday dinner. Members of the local community have streamed in with donations and given their time to help those affected by the fire.

“The people here who are volunteering are amazing. Even maintaining a good mood is hard because you’re spent and you get snappy, but people are trying very hard to be uplifting and to share the burden,” said Ferdinand. “I was thinking during the holidays how much gratitude I have for my life and how impressed I am by the compassion of the human spirit. I’ve seen so many people who’ve lost everything helping other people.”

Montana has contributed its fair share of help, too. Ferdinand works with a nurse from Roundup at her site. Another volunteer from Lewistown has stepped up to help and numerous firefighters have traveled to California to work the front lines.

Ferdinand comes back to Montana Saturday. She reflected on how this experience has been different from her work in North Carolina after Hurricane Florence.

“There, people had property to go back to, so the needs were very different,” she said.

From the people serving food to the ones helping in shelters to her fellow medical professionals, though, Ferdinand finds the level of compassion impressive no matter which disaster they’re responding to.

“It gives me hope for our world,” she said.

Montana Red Cross nurses: It's a 'blessing' to help others
Matt Ochsner
.type=article.p=1
View All
/content/redcross/en/local/montana/about-us/news-and-events/news/montana-volunteer-helps-camp-fire-survivors