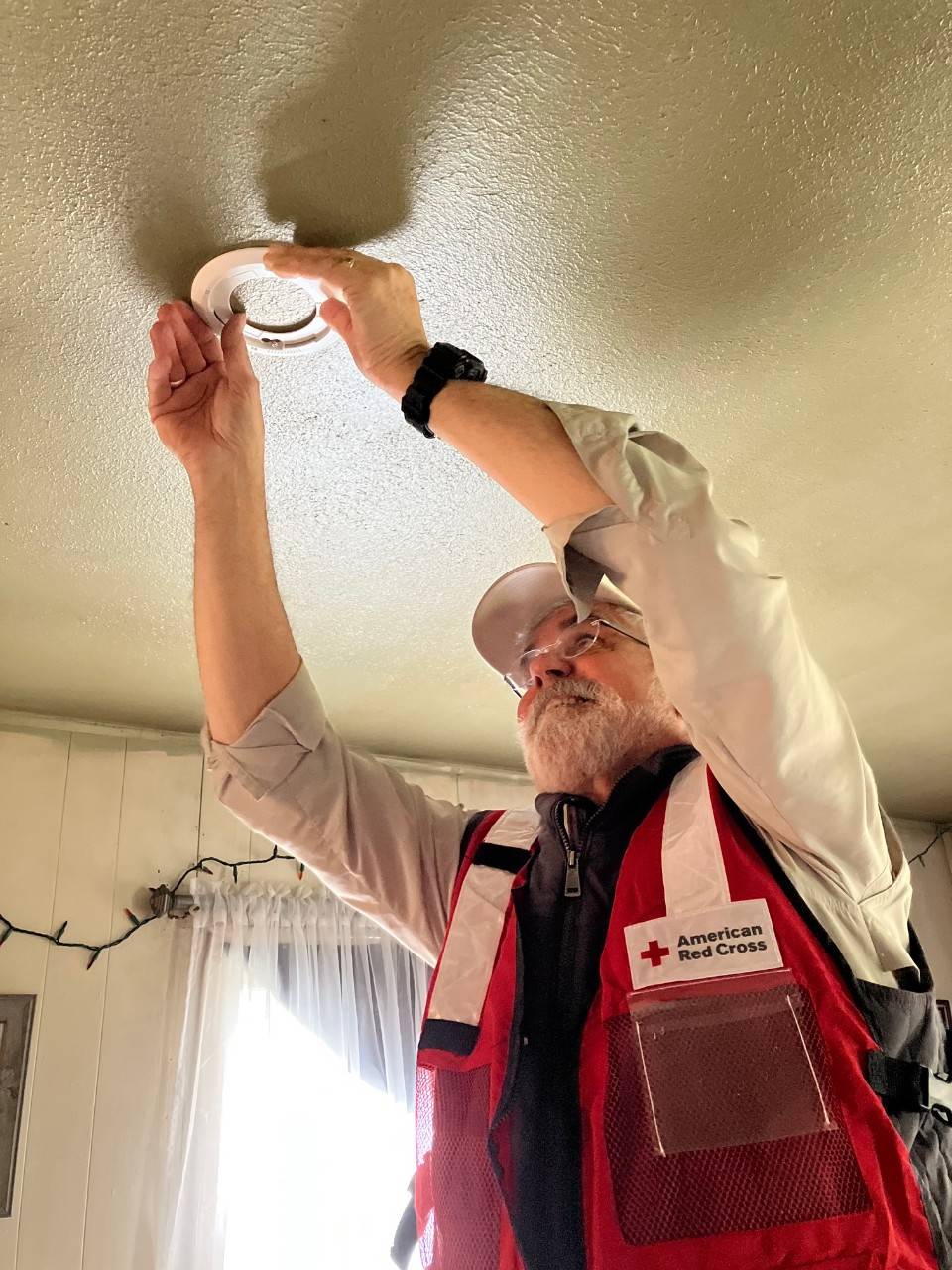 Will Lynn, seen here installing smoke alarms in Busby, jumped in to help wherever he was needed during historic flooding in Montana in June.

When Will Lynn signed on to become a Montana Red Cross volunteer in April, he knew he might be responding to a home fire or two, but had no idea that less than two months later he would be out in the field helping his neighbors recover after historic flooding.

In June, heavy rains combined with quickly melting mountain snow pushed the Yellowstone, Stillwater and Clarks Fork rivers to record levels, triggering devastating flooding in communities in Carbon, Stillwater and Park counties. Close to 150 homes were destroyed or severely damaged including some outside of Will’s hometown of Absarokee.

Over the next few weeks, Will pitched in wherever he was needed, pivoting from one community to the next as the constantly evolving situation changed.

“Most of it was on the fly,” Will said. “You really have to flexible in these situations.”

Will helped open shelters, arrange rides and work in a disaster recovery center, where he provided a listening ear and a shoulder to lean on.

“A lot the people coming in were my neighbors,” Will said. “Quite a few people were from my church. I did a lot commiserating and listening if they wanted to talk about it and worked to point them in the right direction.”

That included working with man he knew whose home became an island after the Stillwater River flooded and changed course. The road and bridge were washed away, and the man had to take a raft to get to his house. Will was there to listen and help connect him with FEMA and other community resources.

“Will is a wonderful volunteer,” said Sherrilyn Hamilton, a Disaster Action Team volunteer who helps lead the team in Eastern Montana. “He has a knack at seeing what a client needs whether it is just a minute of time, a smile or a cup of coffee and is there to assist. Working with him is an absolute pleasure. Red Cross is a better organization with him on board.”

Will came to the Red Cross after a career as a rehabilitation counselor, helping people with disabilities live more independently. Always civic-minded, Will enjoys donating his time to worthy causes including serving as a president of the Stillwater Senior Center. In May, he helped the Red Cross install free smoke alarms in Busby on the Northern Cheyenne Reservation.

While he enjoys volunteering, Will said he would like to see more young people get involved in their communities.

“With these groups, it seems like they’re all gray hairs,” he said.

During the months-long flooding response, more than 100 Red Cross volunteers and staff supported the disaster relief operation, some coming from as far away as Alaska and California. Will said he’s proud of what they accomplished and was happy to be part of a diverse team who came together with one goal – to help Montanans get through an extremely difficult time.

“I enjoyed being with people who really believe in what they were doing,” he said. “There were people from all over the country who all had the same vision regardless of things like politics or religion.

“During a disaster, these are the kind of people you want to be around.”

Red Cross is currently recruiting more volunteers to help the organization respond to disasters in Montana, Idaho and beyond. These Disaster Action Team members help deliver food and shelter — and just as importantly — provide emotional support and a shoulder to lean on for those impacted.