'They were wonderful': Bozeman woman who lost home in wildfire thanks Red Cross responders 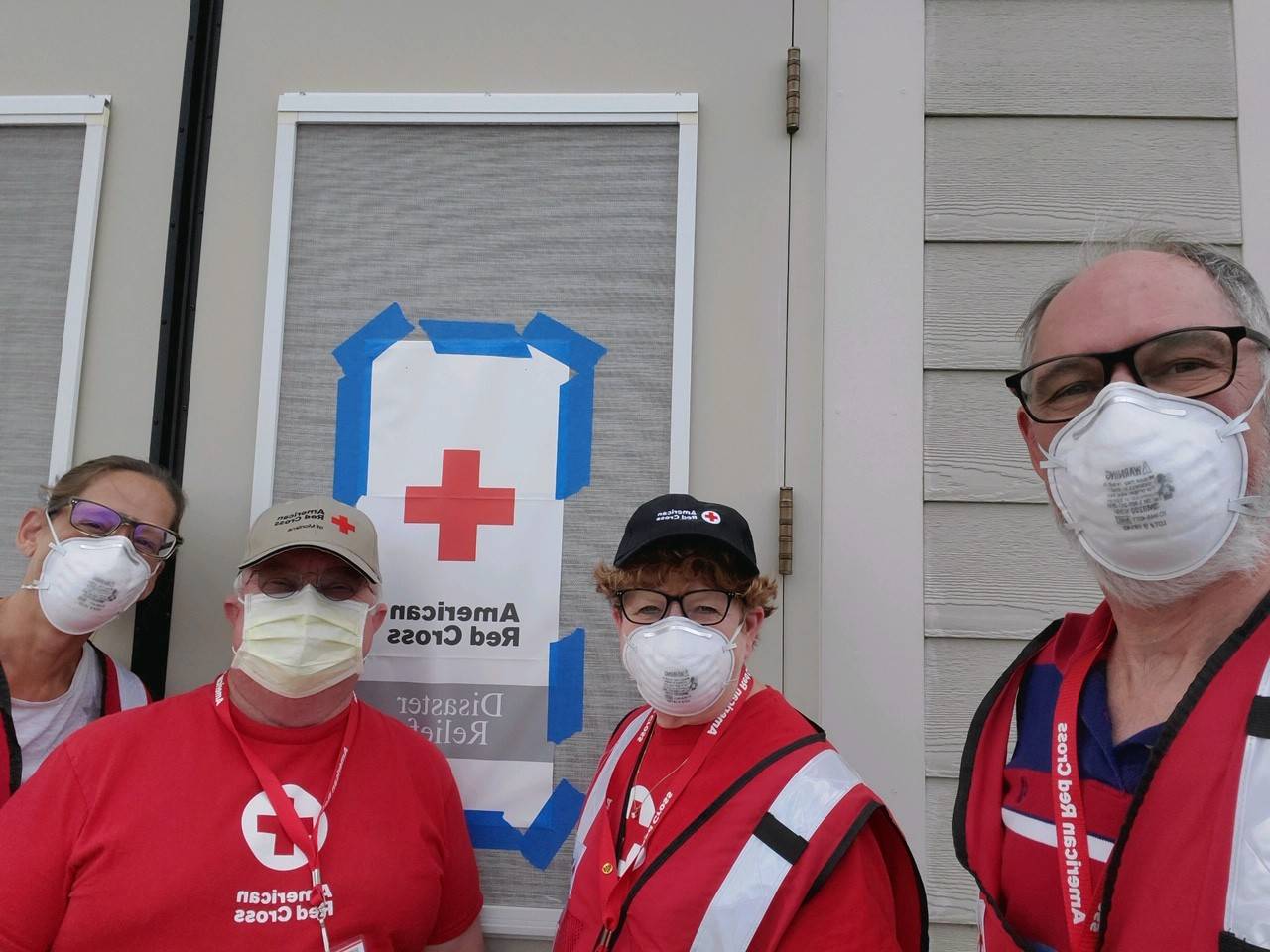 Wearing Tyvek suits and respirators, Kathy Quigley and her family spent hours digging through what little remained of her Bridger Canyon home. The search unearthed little more than heartbreak.

“We got absolutely nothing,” she said. “That was a lot of emotion and a lot of disappointment.”

Quigley’s house was one of more than 25 Bozeman-area homes destroyed earlier this month by the wind-driven Bridger Foothills wildfire. She moved into the house when her daughter was just 5 years old. Allyson is now a 26-year-old third-year veterinary student at Washington State University.

“It’s just such an amazing loss,” Quigley said. “Not just the structure, that part’s fine. All the things that were in it, all the memories; like years of measuring how tall your kid is and putting it up on the doorjamb. And the photos of all the adventures you have shared with family and friends. The things that make up who you are.”

The day her home burned, Quigley spent the morning mowing her lawn. The Bozeman veterinarian knew there was a fire on the westside of the Bridger Mountains but there was no indication her neighborhood was in imminent danger.

At about 2 p.m. she was on the phone with her brother Jeff, who lives in Billings, and he asked if he needed to come help her, but she said there was no need. The wind wasn’t blowing, there wasn’t a lot of smoke, and no one had told her to evacuate.

Twenty minutes later, the fire was in her backyard.

“Across the whole skyline of the foothills all the trees were bright orange. They weren’t on fire yet, but you could see the fire was right behind them.”

With the help of her neighbor, she loaded up her horse, three dogs and a cat, rushed back into house to grab her wallet, a few clothes, her passport and her computer and left with the flames now just 50 yards away. That was last time she would see her house intact.

Relief with the Red Cross

“We were lost,” she said. “We were just scattered. Nothing was clear.”

There she found a team of caring Red Cross volunteers, and the compassion and support she needed to finally catch her breath and begin to think about the future. They gave her water and toiletries, helped replace her medications and found her lodging at a local hotel, where she, her daughter Allyson and her brother Jeff would spend the next eight nights.  The Red Cross also provided them three meals a day, as well as grief counseling.

“They were wonderful,” she said. “It was all so derailing, that touchstone was incredible.”

The same day she and her family sifted through the ruins of her old home, they also moved furniture into the townhouse she is now renting in Bozeman. Using vouchers provided by a Red Cross community partner, they went to local thrift stores and got beds, a kitchen table and chairs for free. Her daughter, on a short leave of absence from veterinary school in Pullman, Wash., is living with Quigley, and her brother Jeff is in town as well.  Each day is tough, Quigley said, but it’s beginning to get easier.

“Honestly it really depends on the moment,” she said. “Sometimes we’re laughing and joking and everything is perfectly fine, and then the next thing you know you’re just crying.”

Quigley thanks the Red Cross responders who were there when she needed them most and says they’ve inspired her.

“They just had big hearts, and many that I talked to had had events like this that changed their lives and they want to give back,” she said.

“I‘ve spent a lot of my life giving back but what this has taught me is … I need to do more.”

Help the Montana Red Cross respond to disasters big and small by making a financial gift today. A $605 gift provides financial assistance to a family impacted by a local disaster so they can purchase items such as food, lodging and clothing. A $1,000 donation provides food and shelter for a family of four for five days. An $8,000 gift covers the average cost of opening a shelter for one night. This service includes breakfast, lunch, dinner and snacks, a cot, two blankets and a comfort kit for 150 people.