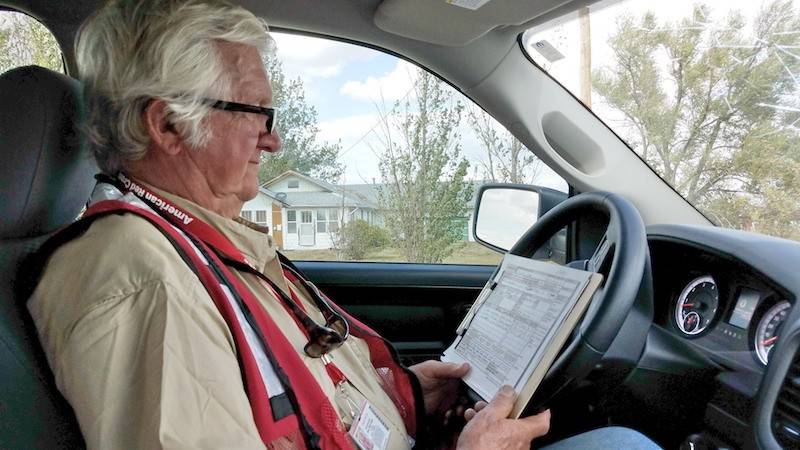 Volunteer Hank Nowak may be relatively new to the Red Cross, but he’s lived in Montana close to four decades and had never been around a hailstorm like the one that struck Yellowstone County in August.

“I’ve been in Montana since 1980 and seen some hail damage but nothing like this,” Nowak said as he and fellow volunteer Sherrilyn Hamilton recently conducted casework in Shepherd, a community of about 300 people that was especially hard hit. “It was apple-sized hail that was just ridiculous.”

Besides the devastating hail, the violent thunderstorm also brought straight-line winds of up to 60 to 70 mph. Windows were broken, roofs and siding damaged, crops wiped out and flooding followed. At least 45 homes were significantly impacted including 15 that were no longer livable.

Soon afterward, Red Cross volunteers were on the ground in Shepherd doing damage assessments and giving families the help they needed to get back on their feet, including financial assistance and connecting them with mental health support. More than 90 people received Red Cross services.

“People seemed to be holding up fairly well,” said Nowak, a retired postal service employee who lives in Joliet. “The other day when we were out there were two people who were very emotional. When he turned over the cash cards to them, they started to cry and one gave me a big old hug. It was very rewarding.”

This was Nowak’s first big Red Cross disaster response since joining the organization at the end of 2018.

“I had a very good life, and I’ve got a lot of skeletons in my closet and I just figured it was time to give something back,” he said.

“To me it’s just amazing, and mindboggling, how big Red Cross is and how much it does.”

HELENA TEAM RESPONDS TO WILDFIRES: The Lewis and Clark County Disaster Action Team answered the call this summer, opening shelters in response to the North Hills fire near Helena and the Horsefly fire east of Lincoln.

The team made sure those who evacuated had a safe place to stay, connected families with other community resources and helped with media requests, among many other duties.

“They sprang into action immediately,” Disaster Program Manager Shellie Creveling said. “Within 30 minutes volunteers secured a shelter location and were prepared to welcome evacuees.  We truly appreciate all that they do.” 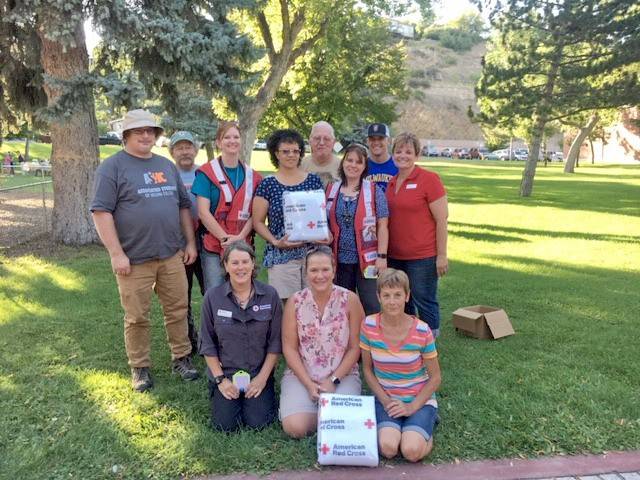 The Lewis and Clark County Disaster Action Team this summer opened shelters in response to the North Hills fire near Helena and the Horsefly fire east of Lincoln.

Montana Red Cross nurses: It's a 'blessing' to help others
Matt Ochsner
.type=article.p=1
View All
/content/redcross/en/local/montana/about-us/news-and-events/news/red-cross-provides-services-to-90-people-following-shepherd-hail