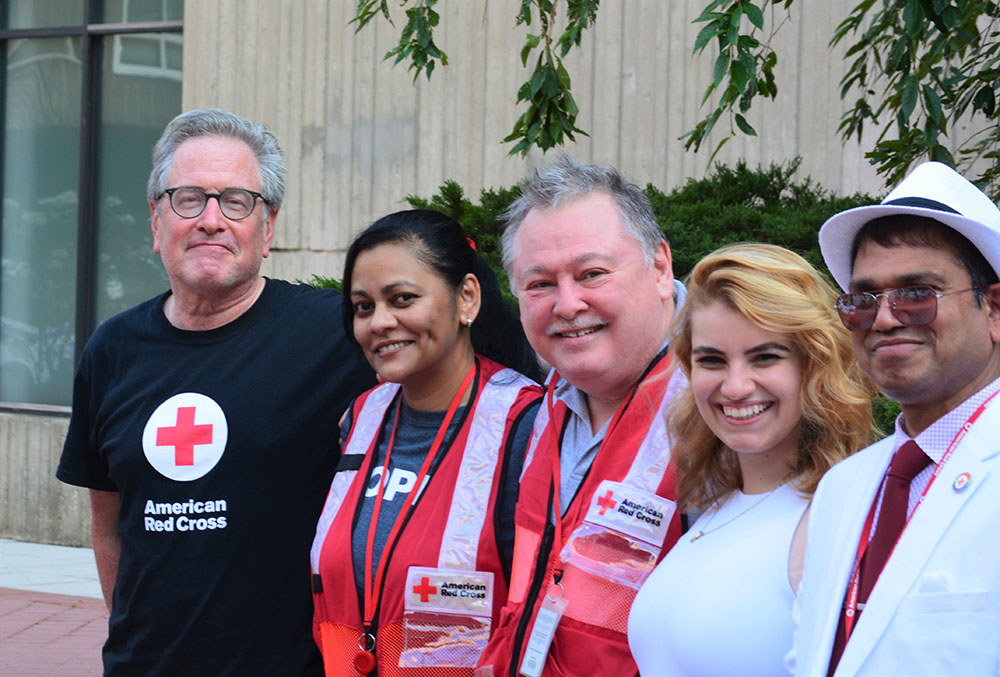 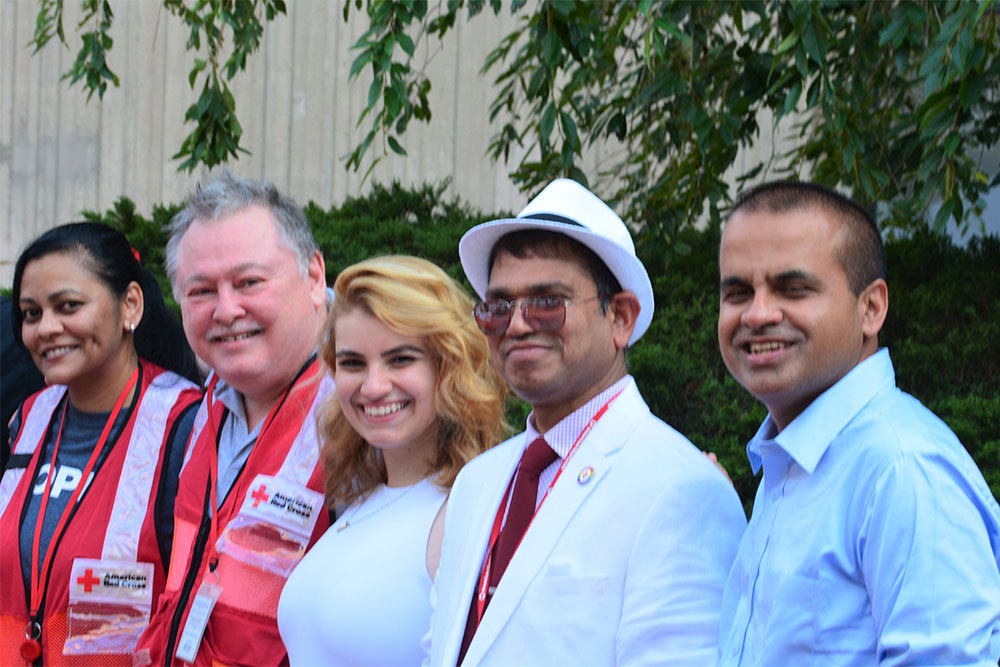 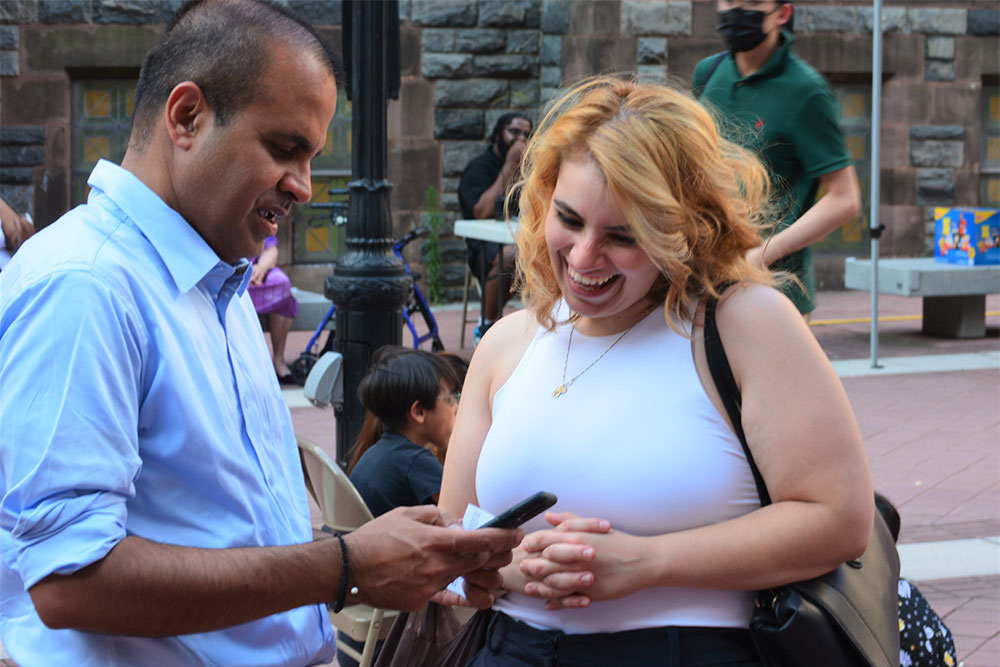 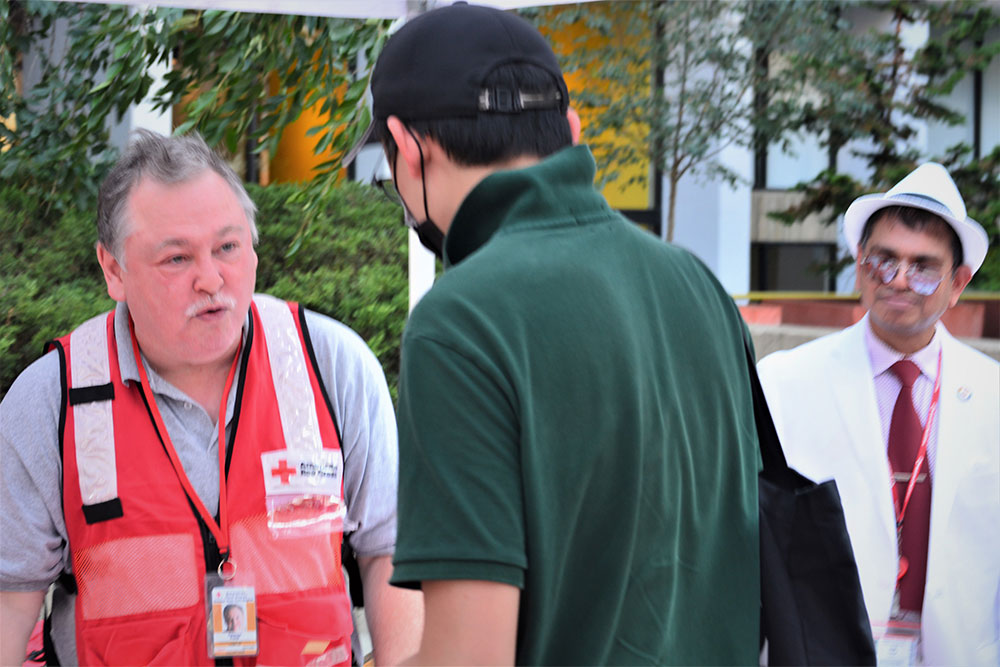 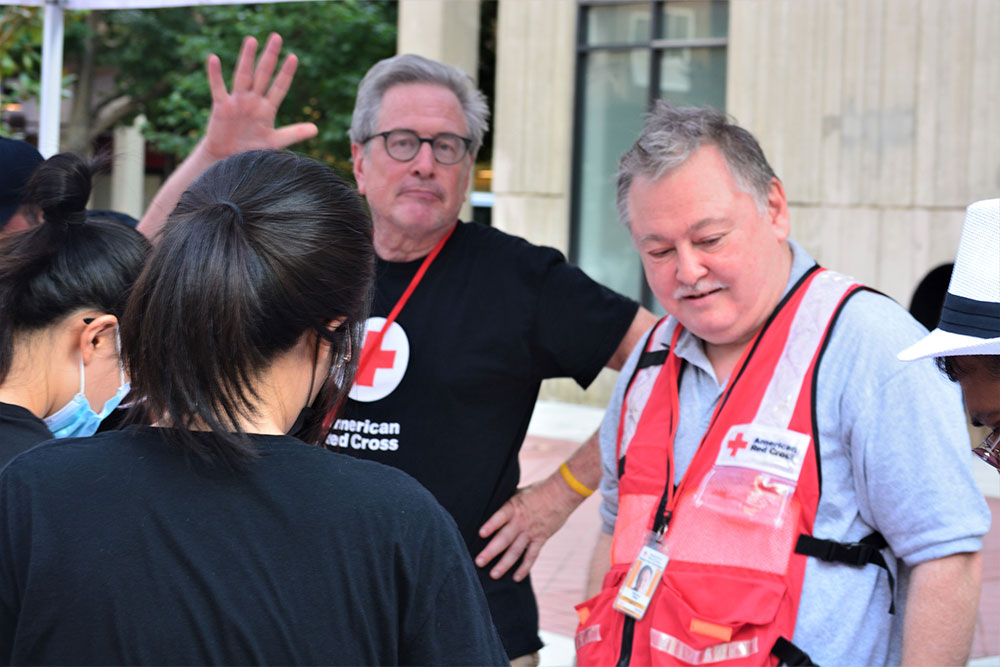 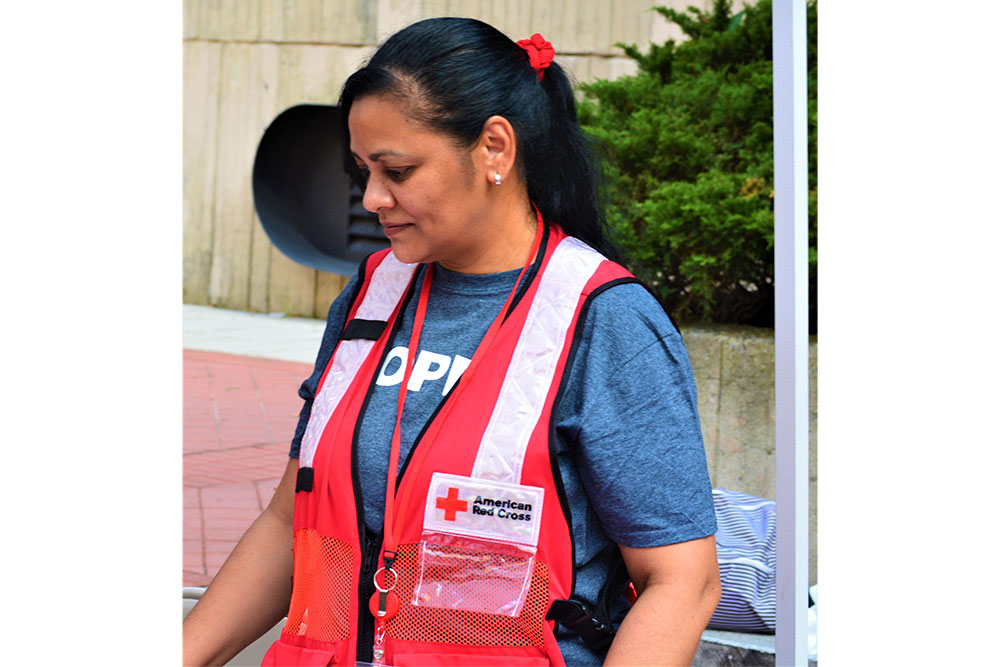 The National Night Out is an annual event designed to foster greater links between communities and law enforcement officers that serve them. The American Red Cross Greater NY Region participated in several Night Out events across the region on August 2, including the celebration on Roosevelt Island.

Six Red Cross volunteers provided preparedness brochures and answered questions about topical concerns such as flooding and storms. Frank Farance, a resident of Roosevelt Island, served as the lead for the evening. Frank is a longtime advocate for disaster preparedness and community participation in emergency response.

This event provided the volunteers with the opportunity to meet both the public and law enforcement. More than once both groups spoke of their gratitude for Red Cross support in times of need. Our volunteers too, enjoyed the evening.

Michael Saltzman, a new volunteer who works in External Relations / Community Engagement enjoyed the event and seemed to sum up the night nicely. He said, “National Night Out is a heck of an event. It’s an opportunity for us to engage other first responders and support NYPD and other public safety officers. It was great being one of the volunteers at this event.”

The event culminated with a flyover of an NYPD helicopter and the selection of the raffle winners. Everyone seemed to look forward to next year’s National Night Out.