Notes from the Field: My Deployment to Hurricane Ian

Notes from the Field: My Deployment to Hurricane Ian 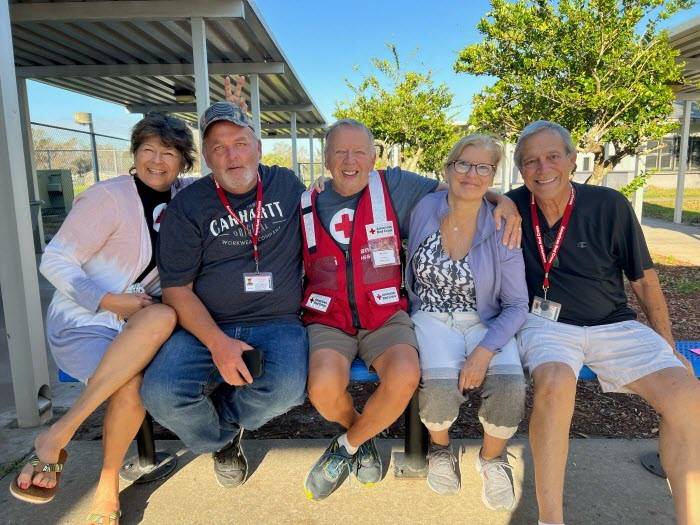 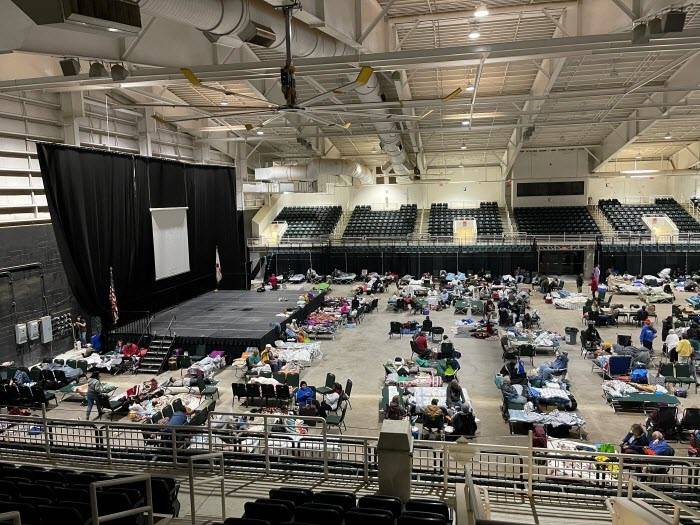 Being part of the Red Cross team that opened an evacuation shelter at the Turner Center in Arcadia, Fla., just prior to Hurricane Ian making landfall was an unforgettable experience, both rewarding and challenging.

I flew to Orlando from New York on Monday, September 26, and headed to the Crown Plaza where the Red Cross had set up its headquarters. The hotel was buzzing with volunteers and staff making arrangements across myriad Red Cross functions including logistics, feeding, transportation and mass care.

A few minutes into Tuesday morning's All-Hands Meeting, shelter associates like myself were put in groups, given our assignments, assigned cars and we were off. I was traveling with two volunteers who had experience in opening shelters. When they found out that we were sleeping in the shelter, we made a quick detour to Wal-Mart to purchase inflatable mattresses to place on top of the cots. Very, very good idea and as a first-time shelter associate and being on my first-out-of-state deployment I was grateful to benefit from their experience.

We arrived at the Turner Center in rural Arcadia, Fla., and immediately began setting up cots and unloading deliveries of food, blankets and water. Our group of volunteers came from states across the country including Michigan, Texas and Pennsylvania. Every one of them was hard working, caring and patient. That is one of the things I will remember the most. Ten total strangers coming together during such a difficult time to keep each other and the community safe.

Hurricane Ian made landfall the next day as a Category 4 hurricane. The evening of the hurricane there were 360 clients in the shelter. We lost power and water for two days. Red Cross volunteers and arena staff did everything possible to make the best of a difficult situation. Client helped client. Friendships were made.

This deployment was a crash course in shelter operations under tough conditions. We opened an arena shelter, closed it and opened another one in the span of about 10 days. To say I learned a lot is putting it mildly. One of the most important things I learned is that being a Red Cross shelter associate is about more than setting up cots and handing out water. There is the need to take the time to hear the clients’ stories. Often they are very hard to hear and at that moment there isn’t anything that you can do to bring back their home, but often they just need someone to listen and care.

As shelter numbers dwindled, we relocated to a smaller space at a nearby local school. The Red Cross continued to provide lunch, dinner and a safe place to sleep for the approximately 50 clients who remained in the shelter.

The memory of some of the clients will remain with me and I know that in the future I will think of them and hope that they have regained some sense of normalcy and peace in the weeks and months after the hurricane. And I will feel pride in being part of the Red Cross mission that helped set them back on that path.

And many thanks for all the patience and guidance from my shelter “dream team” - Olga, Dave, Linda, Ray, Charlie, Linda, Pete, Tabara, Sheri and Gary.

Red Cross Volunteer Uses Training to Help Both While at Home and Deployed
Robert Bernstein
.type=article.p=1
View All
/content/redcross/en/local/new-york/greater-new-york/about-us/news-and-events/news/notes-from-the-field--my-deployment-to-hurricane-ian