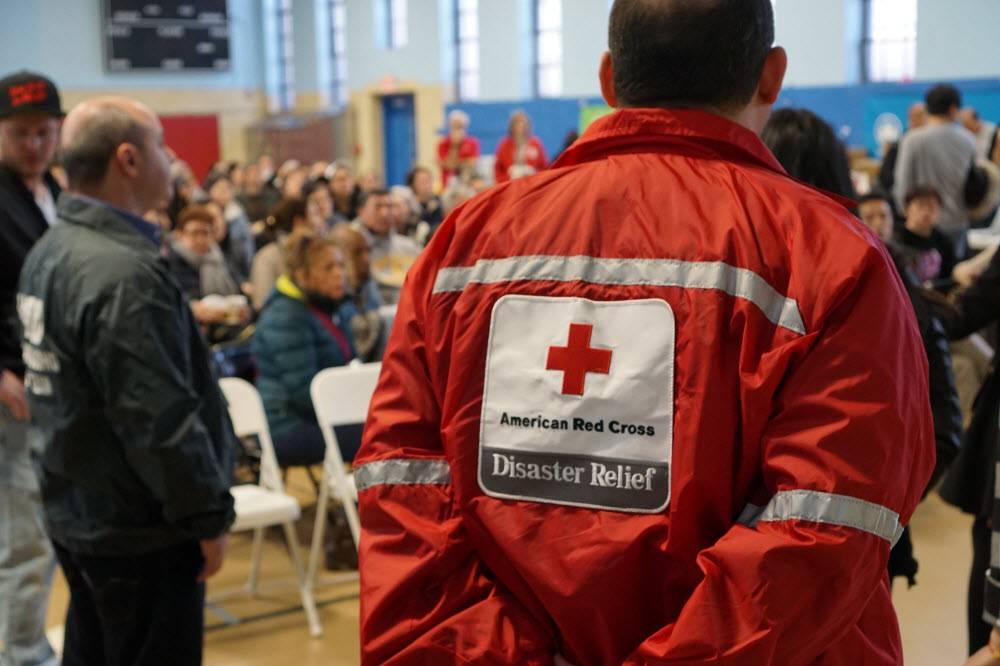 “The Red Cross mirrors the communities where we work, and there is no place as diverse as this region,” said Mary Barneby, Regional CEO, American Red Cross in Greater NY. “To see our workforce, representing so many different backgrounds and cultures, come together to help in times of need, is inspiring.”

Around the world, the Red Cross (also known as the Red Crescent in some places) is present in 192 countries. That global spirit is clearly visible at the Greater NY Red Cross, an invaluable asset in a region where so many different languages are spoken.

“The global character of our team enhances our ability to help these incredibly diverse neighborhoods,” said Barneby. “It’s just who we are.”

365 days-a-year across the Greater NY Region, Red Cross staff interacts with local communities, often in very intense moments, to help residents cope with the traumatic aftermath of disasters. During these situations, communication is critical, and English is not always the primary language spoken.

The American Red Cross utilizes a 24/7 phone translation service during times of emergency, with the capacity to translate in dozens of languages. But sometimes, Red Cross team members use their own unique skills.

Creole During Moments of Uncertainty

After a building evacuation late one evening a few years ago, Red Cross Emergency Communications Representative Karenine Leveque was at home, off shift, when she received a call from a Red Cross co-worker at the scene of the incident. He was seeking her help to communicate with a distressed Haitian woman forced from her Brooklyn home. Because the resident did not speak English, Leveque, also from Haiti, was asked to speak to the woman in Creole to explain the situation and how the Red Cross would be able to help.

“She had a baby and her baby was sick. She was crying and I was able to convey why we were there and what we were going to do to help her,” said Leveque. “I even explained the recovery process to her. Everything went well for her and her baby, and she called back later to say thank you.”

Speaking about her ongoing work fielding calls from individuals displaced by fires, floods and other emergencies, Leveque said, “When I realize that they are from Haiti, I immediately identify myself as a Creole speaker to make them comfortable. The same has also happened for French-speaking callers.”

From Brooklyn to Israel to Brooklyn

Born and raised in Williamsburg, Brooklyn, Jacob “Yanky” Weiser joined the Red Cross in May 2019 as a volunteer. As a member of the Hasidic Jewish community, Weiser grew up speaking Yiddish and learned Hebrew in his teens after spending four years in Israel.

“I joined because I have a background helping others and the Red Cross was a great opportunity for me to continue doing so,” said Weiser.

After heavy rains caused a sewage backup in Canarsie, Brooklyn, last June, Weiser and several other volunteers went door to door visiting homes and distributing supplies that residents could use to clean up the damage. One of those residents did not speak English, only Hebrew.

“My colleague immediately called me over and I was able to explain the assistance that we were providing,” said Weiser.

Serving in Many Different Languages

“In additional to French [Guinea’s national language], I’m from the Mandingo tribe so I speak Mandingo as well as Sussu, another dialect,” said Kaba. “Also, I learned Spanish when I arrived in the United States in 2010.”

Kaba has used her French on multiple occasions teaching emergency readiness and she utilized her Spanish during a deployment to Puerto Rico earlier this year after a major earthquake.

The language skills that Kaba used in Puerto Rico also speak to the ability of the national Red Cross network to leverage the competencies of the NY workforce when disasters strike outside the NYC area.

Siobhan McGinley, a Red Cross Disaster Responder and former caseworker is certified in American Sign Language (ASL). She learned ASL at the age of five with her brother after he was diagnosed with progressive degenerative hearing loss.

Two years ago, McGinley was at the Red Cross office meeting with families recently displaced by a large apartment fire. One of the residents at the reception area waiting to be seen was a deaf woman. Her husband was very concerned about the fire and anxious about his wife’s ability to properly understand what was being conveyed by the Red Cross staff. McGinley immediately introduced herself in ASL and explained to them the details of Red Cross assistance as well as the recovery process. She also translated for them when they met with a City agency on hand to help.

“I got the best complement from the woman,” recalled McGinley. “She told me that I sign like a deaf person.”

More than 5000 volunteers¸ 90% of the Red Cross workforce, serve the American Red Cross in Greater NY. The organization is currently looking for more volunteers from diverse backgrounds to join and support their humanitarian work.

Red Cross Volunteer Uses Training to Help Both While at Home and Deployed
Robert Bernstein
.type=article.p=1
View All
/content/redcross/en/local/new-york/greater-new-york/about-us/news-and-events/news/ny-red-cross-speaks-to-the-world