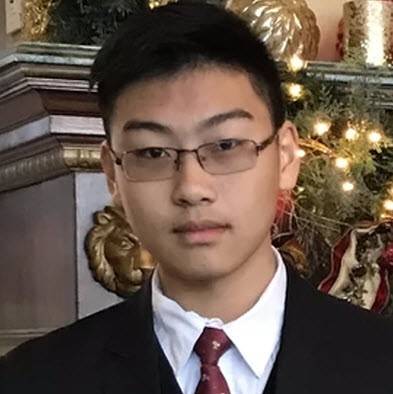 “The passion and energy of our youth volunteers is really inspiring. I could not be prouder to have Ethan represent our Greater New York Region and help introduce our mission and the power of volunteerism to the next generation,” said Mary Barneby, Regional CEO, American Red Cross in Greater New York.

Chiu first became involved with the Red Cross at age 13 when he and a couple of his classmates decided to form their own Red Cross Club at Syosset High School at the recommendation of friends from another school who had done the same. These clubs, which are organized at high schools across the country, enable students to serve their local communities through the Red Cross.

Chiu was initially drawn to the Red Cross because of his admiration for the organization's prioritization of humanitarianism. Presently, his club organizes fundraisers, hosts speakers discussing topics like sickle cell awareness, and carries out other community service activities.

“We started with 5 members, and now, two and a half years later, we have over 200 members,” Chiu said. On why his fellow students have rallied behind the club, he added, “I think part of that is due to the appeal of volunteering, and community service in general. You can help people at a young age.”

Now, as a member of the National Youth Council, a role he holds in addition to his responsibilities as the head of his Red Cross local club, Chiu joins a team responsible for inspiring and motivating the next generation of Red Cross volunteers. This council seeks to invite youth into the Red Cross as a resource for both volunteer work and raising awareness. In terms of his personal goals for the Council, Chiu would like to see a rise in the number of clubs across the country.

In preparation for his senior year, Chiu is considering his possible career paths. Based on his time with the Red Cross, he looks forward to potential jobs within organizations that prioritize community growth and resiliency.

“I believe [the organizations] can bring positive change throughout the world, not just in my local community.”