Our executive staff leads a loyal and dedicated team, comprised of employees and volunteers, who are committed to assisting the community. 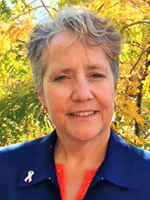 Heidi is a more than 25-year veteran of the American Red Cross and has served in numerous capacities, beginning in 1992 as a volunteer at the US Naval Station in Rota, Spain. She is currently the CEO of the Utah/Nevada Region overseeing a dedicated team of staff and volunteers serving more than 6 million residents across five chapters in two states.

Heidi works with board members, donors, community leaders, business leaders and elected officials to enhance the Red Cross in the region and bring its mission to the communities. It was that humanitarian mission that drew her to the Red Cross and led her the position as a director for Health, Safety & Disaster for the Red Cross in Florida, and then Disaster and Training Director in Oklahoma. She was promoted to CEO for the Lee County, Florida, Red Cross, and later, regional CEO for Florida’s Gulf Region. After a nationwide search, Heidi was selected as Red Cross of Utah CEO in July 2013 and when the Utah/Nevada Region was created in 2018, she was named Regional CEO.

Deeply committed to the mission of the American Red Cross and to Utah and Nevada communities, Heidi’s extensive knowledge and experience locally and internationally helps set the caring tone for the staff and volunteers to always be there when there is someone in need. 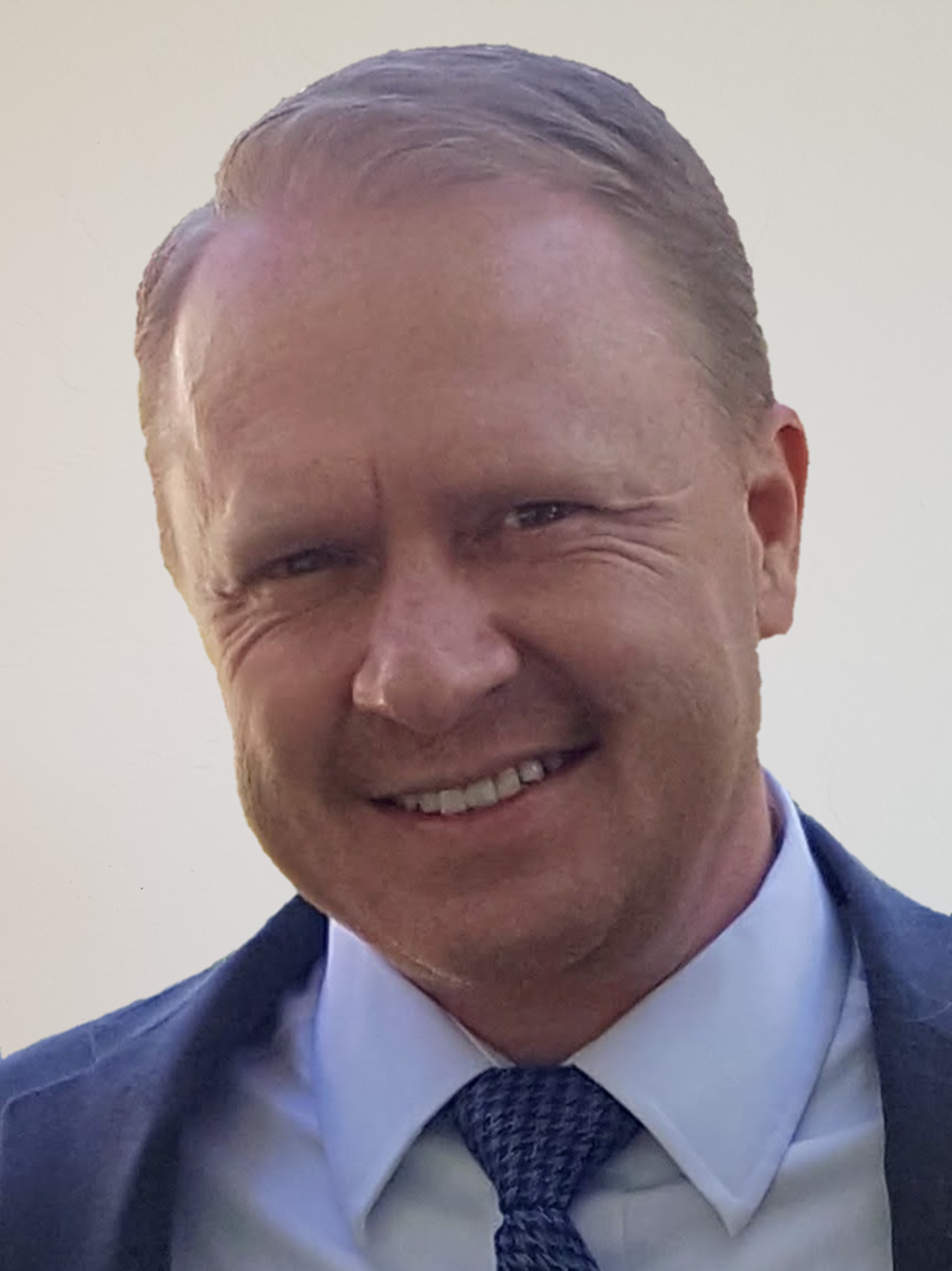 Adam joined the Red Cross in 2018, serving in the Utah/Nevada Region as a donor development officer, regional philanthropy officer, and most recently, as the executive director of the Central & Southern Utah Chapter. Following hurricane response deployments in 2019 and 2020 to hard-hit areas of the Gulf Coast, Adam served as the interim regional chief development officer for the Louisiana Region.

Prior to joining the Red Cross, Adam experienced many years of success with enterprise-level sales and sales organization leadership in the private sector. He is also a US Armed Forces veteran and was recognized during his service as the US Army Atlantic Region Soldier of the Year in 1998 while stationed abroad. 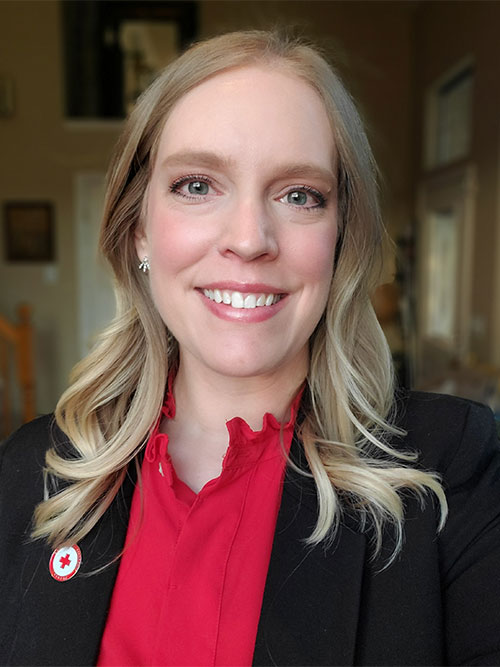 Kristy joined the American Red Cross in 2010, bringing her passion for volunteerism to the organization. She has served in numerous capacities, including a year-long term of national service through the AmeriCorps program.

As part of the Utah Red Cross leadership team, she currently serves as the volunteer services director. Her broad knowledge and experience in volunteer management has helped the region’s volunteer program grow exponentially, while setting new standards of excellence.

Kristy holds a bachelor’s degree in public relations, and she is passionate about using her diverse skill set and extensive experience to support and enhance the mission of the American Red Cross. 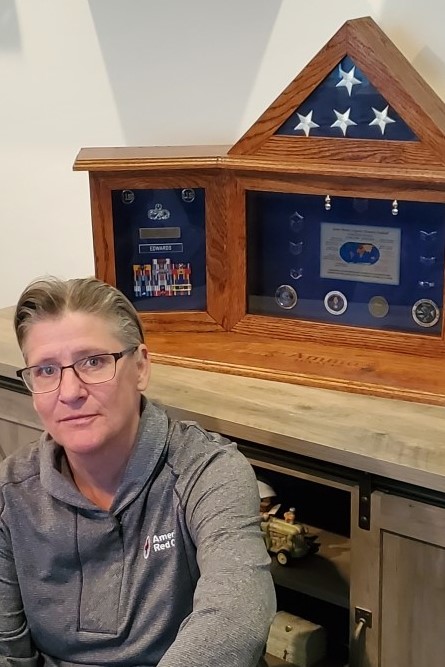 Dee enlisted in the U.S. Air Force in 1990 and deployed six times to support ongoing military combat operations in numerous locations in the Middle East. After retiring from the Air Force, Dee began working at Clearfield Job Corps as a transition coordinator where she assisted over 400 young adults in establishing independent living after graduation.

When she began working for the American Red Cross in October 2017, Dee’s goal of going back to her military roots to support active duty, National Guard, reserve, and veterans and their families was fulfilled. 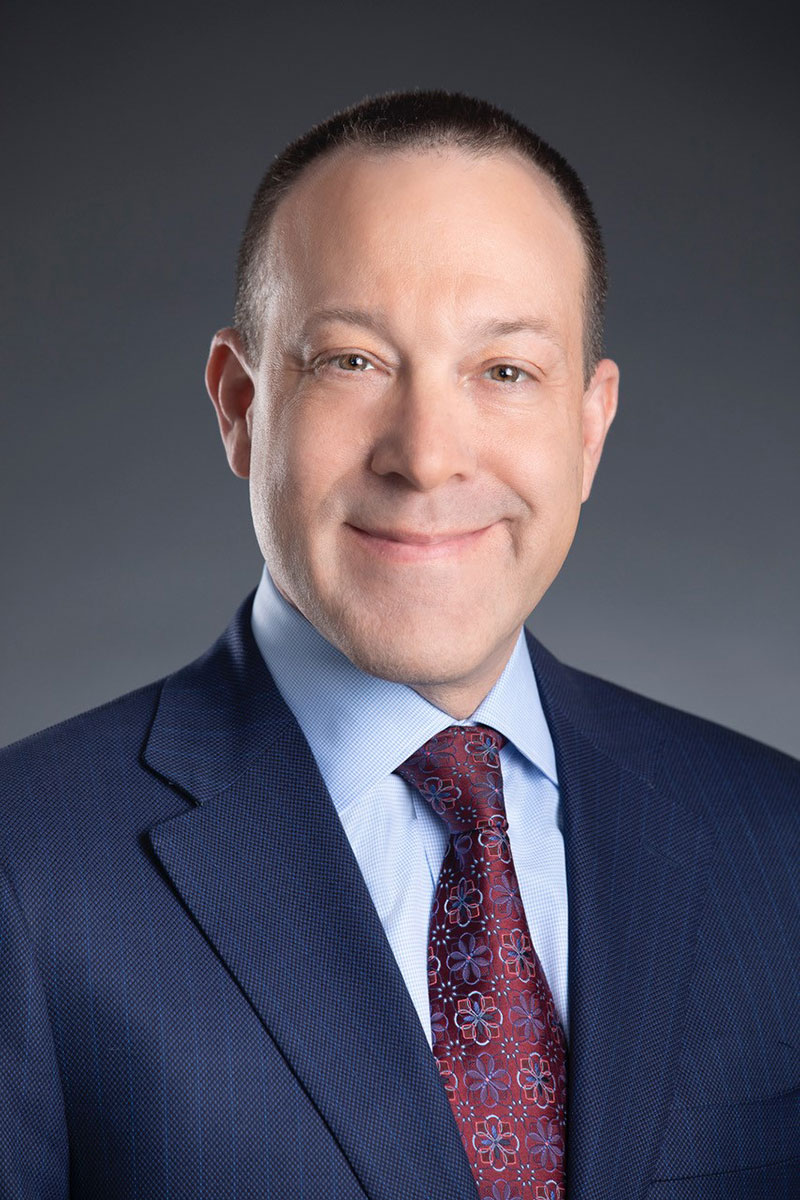 Keith joined the American Red Cross in 2022, bringing more than two decades of experience in strategic and crisis communications and media relations to the position. He leads a team responsible for developing communications strategies that help advance the American Red Cross humanitarian and blood donation missions. These strategies include media outreach, social media, website reach, and partnerships with public safety agencies, government entities, and other non-profit organizations.

Prior to joining the Red Cross, he worked in various public relations & communications positions, recently as Public Information Officer for the Henderson, Nevada, Police Department and later, the City of Henderson. With extensive experience in crisis communications, Keith has been the spokesperson on high-profile events in Las Vegas. He has also been a reporter for newspapers in Nevada, Maryland, Georgia, and Texas. 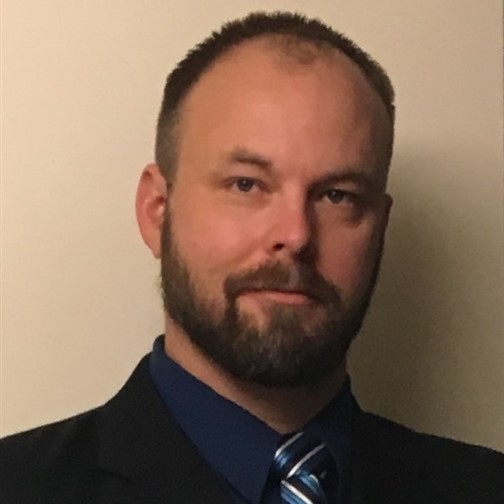 Chris joined the American Red Cross in 2004, serving in numerous capacities over nearly 20 years with the organization. As regional COO, he oversees the management and operations of Red Cross properties, facilities, and vehicles in Utah and Nevada.

He and his team of staff and volunteers work to ensure the most efficient use of donor dollars so that an average of $.90 per dollar is invested in delivering care and comfort to those in need. In addition, Chris created the “Cost Per Unit Collected” calculator tool used by all Red Cross chapters to help control and reduce the cost of collecting blood.

Chris retains a strong passion for the American Red Cross mission and serves as a mentor to future leaders within the organization. 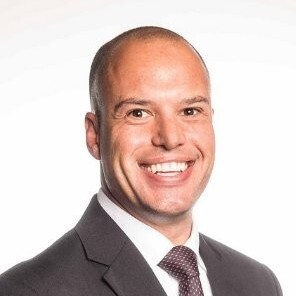 Matt joined the American Red Cross in 2015 as a Disaster Program Specialist in Denison, Texas. He quickly gained preparedness, response, and recovery experience serving populations affected by tornadoes, hurricanes, flooding, and large multi-family fires. Prior to joining the Utah/Nevada team, Matt served as the Senior Disaster Program Manager for the Dallas-Fort Worth Metroplex.

Previously, Matt has worked as a business development consultant and as a personal banking advisor. He also served as a Peace Corps Volunteer in Mali, West Africa. 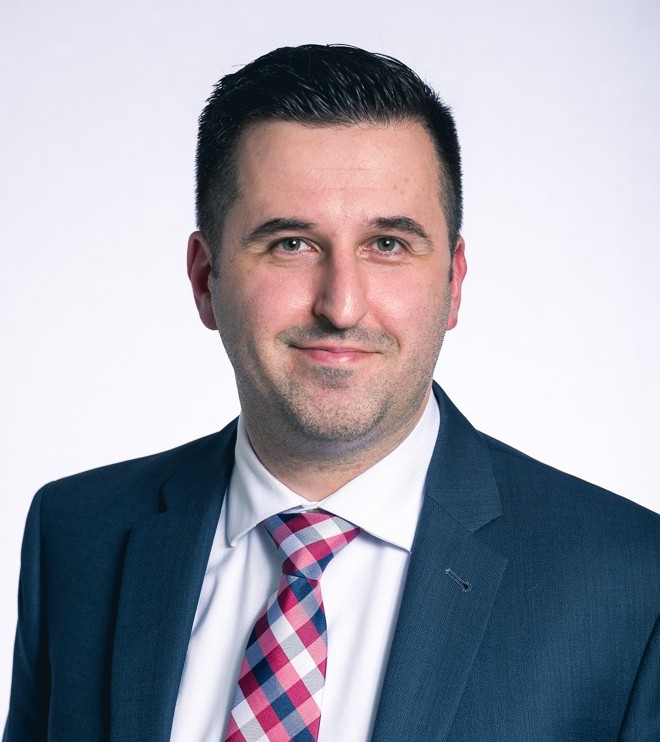 Jeremiah joined the American Red Cross in 2022 after more than a decade practicing law and leading professional organizations, where he created  a supportive environment for staff and volunteers to flourish.

Jeremiah has worked extensively with business organizations, civic groups, and elected officials. Most recently, he was the executive director of the Master Builders Association of Pierce County (WA), representing more than 800 building industry related companies who employ more than 10,000 people. Previously, he was a government affairs director working with county and city governments on various laws, codes, and regulations.

During his years as a lawyer, Jeremiah handled a variety of complex civil and criminal cases. In addition, he has always been active in community affairs, most recently serving on the board of an affordable housing consortium and as a member of a planning and development task force.

Jeremiah earned a bachelor’s degree in history from Brigham Young University and a JD degree from the University of Toledo College of Law. 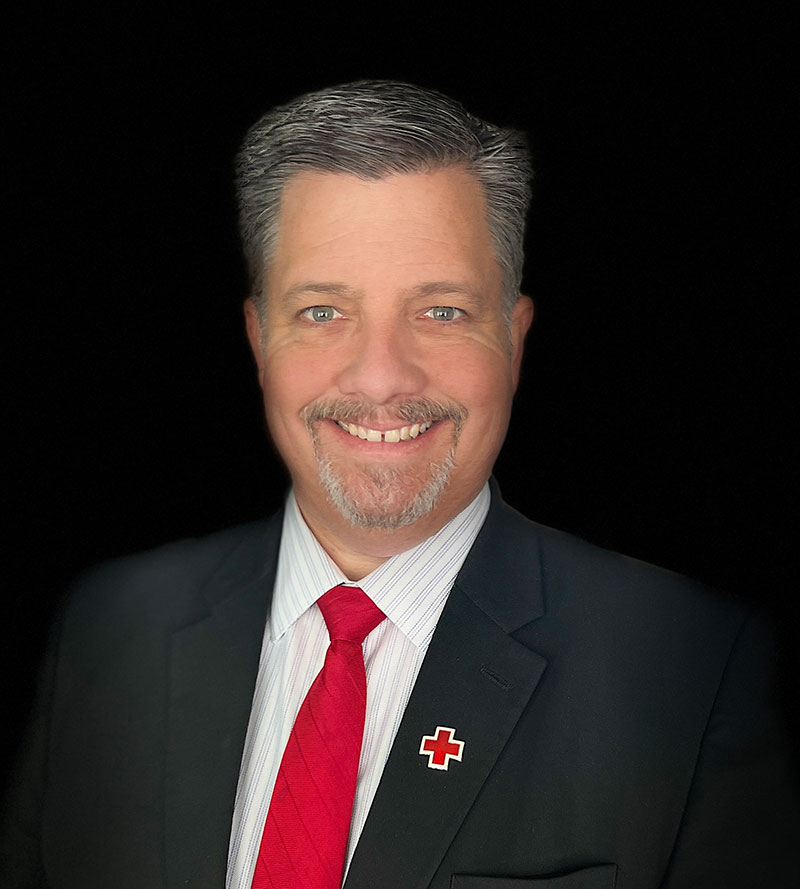 Benjamin has been passionately advocating for the Red Cross mission for 30 years, committed to making communities better prepared for emergencies and ensuring that lifesaving blood is always available. He joined the organization as the Biomedical Regional Business Development Manager. Benjamin was named a regional executive director in 2018.

Benjamin earned a bachelor's in Business Finance from the University of Phoenix followed by an MBA from Thunderbird School of Global Management. Fluent in Portuguese, he is actively engaged in Utah’s Brazilian community. With a strong humanitarian focus combined with a passion for international and intercultural relations, Benjamin has lived, worked, or studied in multiple countries across five continents.

He enjoys cycling, racquetball, and spending time with his family. Benjamin and his wife Adrienne have been married 23 years and have two teenage children. 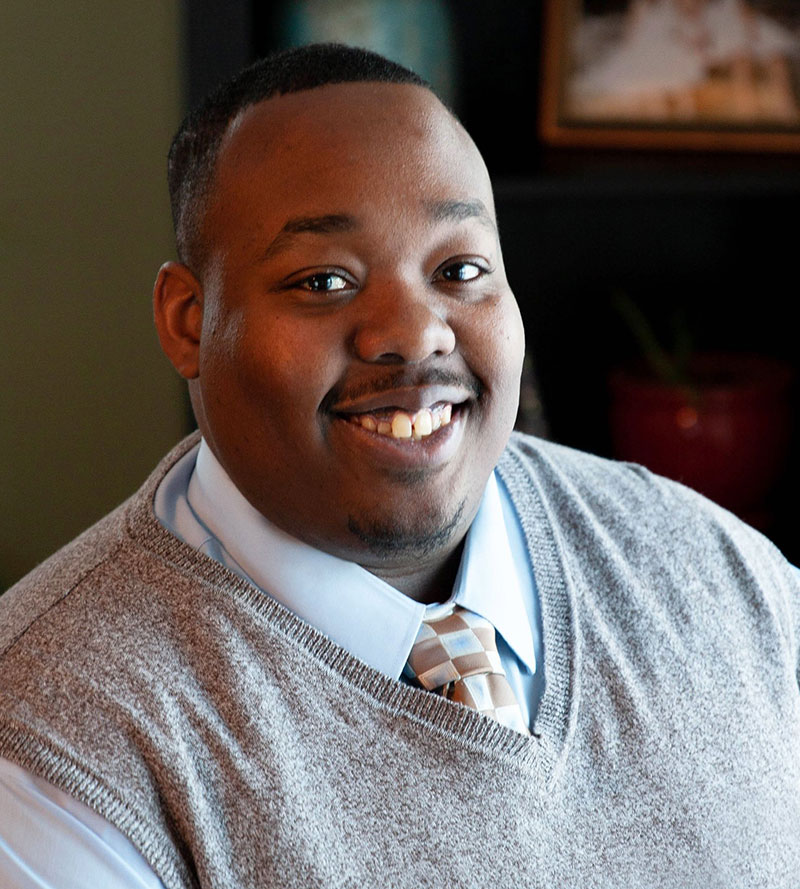 Over the past seven years, Michael has worked in several positions in the Utah/Nevada Region that have prepared him to lead a Red Cross chapter. He started his Red Cross career as the executive assistant to the Regional CEO before being promoted to Disaster Program Manager and then Regional Operations Direct Services Manager.

He has extensive experience in Disaster Management and has deployed to California, North Carolina, Florida, and twice to Louisiana. In 2020, in the middle of the Covid Pandemic, Michael led a multi-million dollar sheltering operation for more than 25,000 people in support of hurricane relief in Louisiana. He has also led five disaster deployments in Utah and Nevada as the Disaster Relief Director.

Prior to the Red Cross, Michael worked for the U.S. Department of Homeland Security as a Master Coordination Center Officer.

He is excited to be working where he grew up and is looking forward to building lasting relationships with the community, local elected officials, and other non-profit organizations. 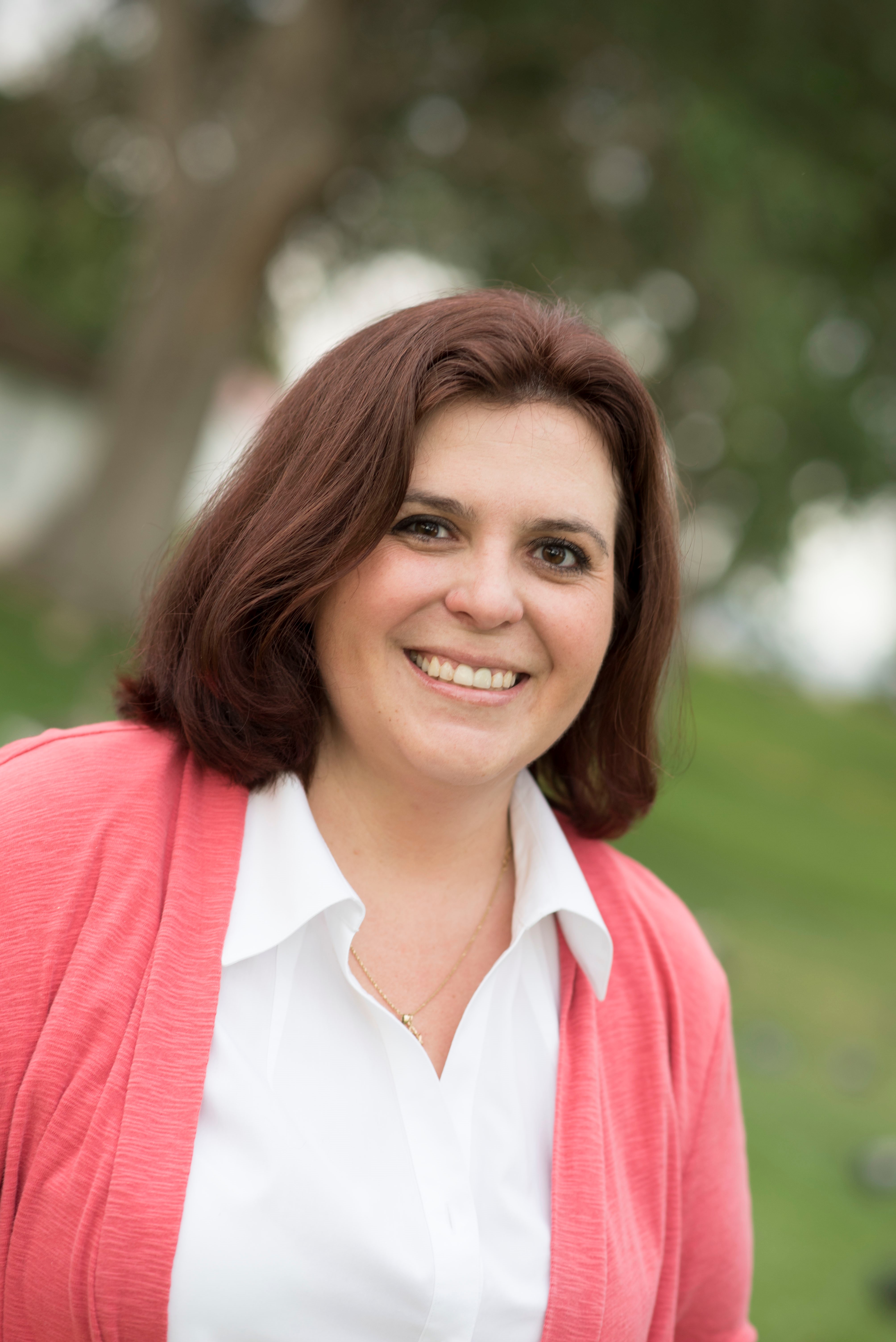 Rachel joined the American Red Cross in 2021 after a decade working for other non-profit organizations. A lifelong Las Vegas resident, she brings a unique perspective and passion to serving the mission of the Red Cross in Southern Nevada.

Throughout her career, Rachel has played an active role in leading organizations that work to better the community. Prior to the joining the Red Cross, she was philanthropy director for the Sigma Kappa Foundation, which funds leadership, scholarship and philanthropic initiatives. She previously was the operation director for Best Buddies International, a non-profit organization that supports people with intellectual and developmental disabilities.

Rachel is tireless in her dedication to the area, finding time to volunteer for police, animal, and Alzheimer’s Disease organizations, as well as mentoring younger non-profit professionals.

She earned bachelors’ degrees from the University of Nevada, Las Vegas, in kinesiological sciences and psychology. 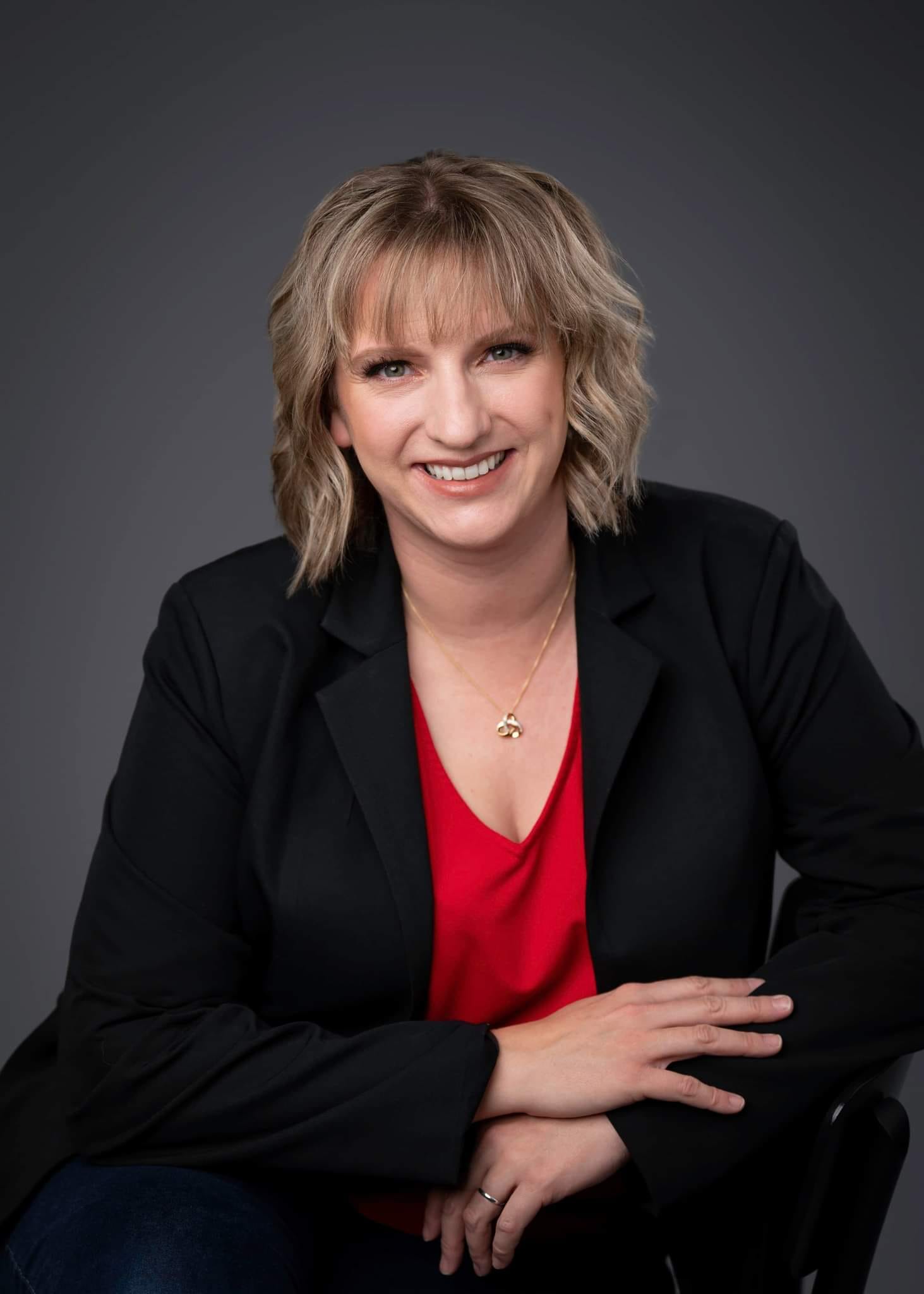 Mary Powell is Executive Director of the American Red Cross in Northern Nevada, Utah/Nevada Region. She is a passionate leader who has engaged her community in record-breaking ways to further the mission of the Red Cross.

Trained in leadership accountability through Partners in Leadership, Mary believes in authentic relationships and collaboration. A veteran of the United States Air Force, she has been recognized for her work through deployments during Operation Enduring Freedom and Operation Iraqi Freedom.

Mary has also worked in non-profits for over a decade, serving in fundraising, operations, and executive roles for local and national organizations. She and her husband and daughter have lived in Reno since 2013 after living in Alaska for over 10 years.