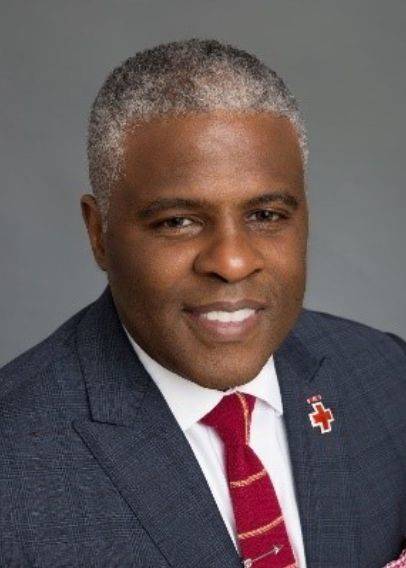 LOS ANGELES, September 21, 2021 — The American Red Cross Los Angeles Region announced today that Gerald Thomas has been named the new chief operating officer (COO). In addition to serving more than 10 million residents in 88 cities across Los Angeles County, Thomas will also be responsible for the day-to-day operations of the staff and volunteers who make up the Red Cross LA workforce.

Thomas is a long-time Red Crosser, initially joining the organization as a volunteer more than a decade ago, followed by serving as the director of strategic planning and program management for the Service to the Armed Forces (SAF) line of service. Thomas is leaving behind his role as the chief executive officer of the Northern Florida Region.

“I’m excited to join the dynamic LA Region team,” Thomas said. “I’m looking forward to doing my part to support the tremendous work being done in the community to make them stronger, safer and more resilient.”

Thomas has a long history of humanitarian work before coming to the Red Cross, serving as the managing director of Community Solutions’ Brownsville Partnership. The organization engages residents and partner organizations in improving the health, safety and economic prosperity of the Brownsville neighborhood of Brooklyn.

In 2010, Thomas served as a senior adviser to Deputy Assistant Secretary of Defense for Wounded Warrior Care and Transition Policy. He worked as a military legislative assistant for a member of the Senate Armed Services Committee as well as the Committee on Veterans’ Affairs.

During his military service, Thomas was an infantry officer in the U.S. Marine Corps, leading Marines in two combat theaters. Thomas’ 21 years of service was highlighted by other tours as a congressional fellow, Marine Corps’ liaison to the Joint Staff and Deputy Director of the Marine Corps Congressional Liaison office to the U.S. House of Representatives. Thomas is a two-tour combat veteran and Bronze Star with “V” recipient for actions in Operation Iraqi Freedom.

The American Red Cross shelters, feeds and provides comfort to victims of disasters; supplies about 40% of the nation's blood; teaches skills that save lives; distributes international humanitarian aid; and supports veterans, military members and their families. The Red Cross is a nonprofit organization that depends on volunteers and the generosity of the American public to deliver its mission. For more information, please visit redcross.org/la or CruzRojaAmericana.org, or follow us on Twitter at @RedCrossLA or @CruzRojaLA.