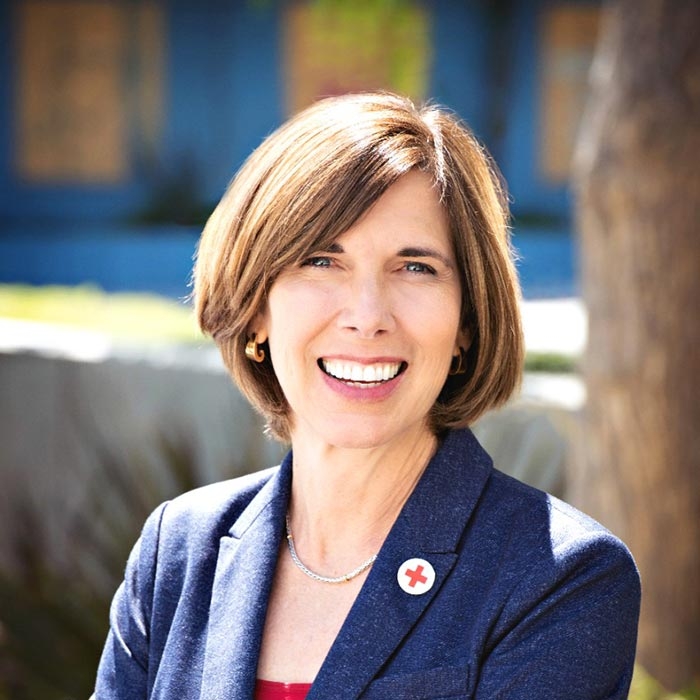 In her previous role she assessed and turned around the large and complex South Florida Region. With both deep and broad cultural diversity, and systemic and challenged vulnerable communities, Joanne rallied her team (in total more than 2,000) to rise to the challenges that confronted them.

Joanne led both the region and division workgroups for diversity and inclusion with measured results. She also successfully led the team through several major disaster responses including Hurricane Irma, Hurricane Dorian and the Parkland Shooting.

Joanne has spent her entire career in nonprofits. Crucial development and leadership skills were built out at Florida Atlantic University, Leukemia and Lymphoma Society, Gilda’s Club South Florida and Kids In Distress. Nowlin earned her bachelor’s degree in Finance from Florida State University.

She is excited to call Los Angeles home, celebrate its diversity and lead the Red Cross in its mission to alleviate human suffering. 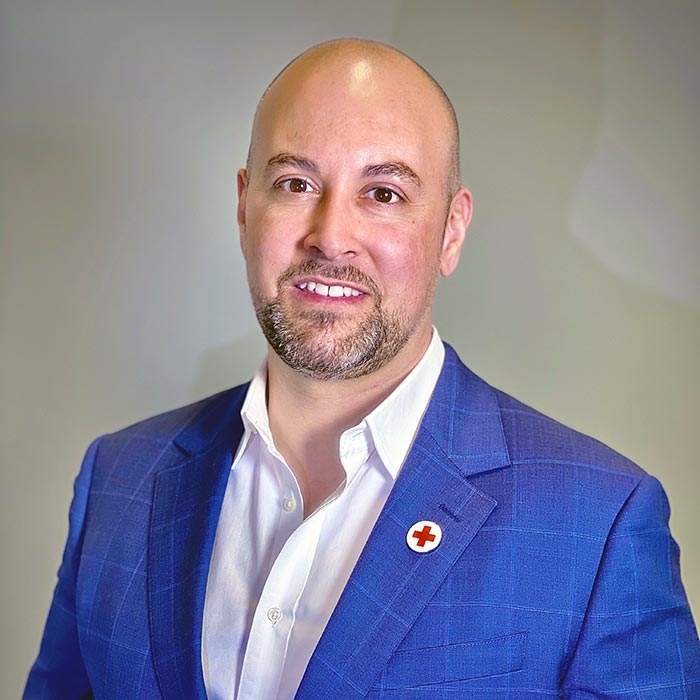 David Englin is the Chief Operating Officer of the American Red Cross Los Angeles Region, the second largest Red Cross region in the United States, serving more than 10 million people in four counties. In this role, he has doubled its volunteer work in preparedness and disaster response in southern California, deepening its impact in some of southern California’s most vulnerable communities through Prepare LA, a part of southern California’s Prepare SoCal initiative. The Region’s innovative resiliency-building efforts have been recognized locally and nationally, including its impactful work to reduce home-fire deaths through the Sound the Alarm campaign. David oversaw the executive directors of the four Red Cross chapters that comprise the region and led all human resources, finance, facilities, fleet and other operational support functions, including facilities and fleet support to Red Cross Biomedical Services. In addition to supporting Red Cross disaster preparedness, resiliency, response and recovery services, he was directly responsible for Service to the Armed Forces, International Services, and implementing a new vision to enhance emergency preparedness in vulnerable communities.

David came to the Red Cross with 20 years of diverse leadership experience in the military, political, business and nonprofit sectors. Previously, David was elected to four terms in the Virginia House of Delegates, representing constituents in the fun part of Alexandria, and parts of Arlington and Fairfax; he served as executive vice president of BizFed, the Los Angeles County Business Federation, mobilizing the collective voices of more than 275,000 employers throughout Southern California; and he ran his own advocacy and communications firm, serving primarily nonprofit clients, with a particular focus on Latinos in higher education.

David’s first profession was as an Air Force officer, where he worked to bridge the gap between military families and local businesses and organizations. He was on duty inside the Pentagon during the September 11 attacks and deployed overseas as chief of public affairs for the 16th Air Expeditionary Wing conducting peacekeeping operations in the Balkans. Before honorably separating from the Air Force in 2004, he directed a service-wide program to assist families and civilian employers of National Guard and Reserve airmen.

An Eagle Scout and a graduate of the United States Air Force Academy and Harvard University's John F. Kennedy School of Government, David lives in the greater Los Angeles area with his wife, Shayna, and their two giant dogs, Brut and Sarge. 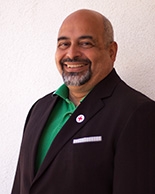 Joselito Garcia-Ruiz is the Regional Disaster Program Officer (RDPO) responsible for overseeing the planning and implementation of disaster preparedness, response and recovery activities for the 272 communities served by the Red Cross Los Angeles Region.

Prior to joining the L.A. Region in May 2014, Joselito served as the RDPO for the Red Cross Raleigh/Durham Region in North Carolina and on the American Red Cross Disaster National Advisory Council. With more than 20 years of professional Red Cross national and international disaster management experience, Joselito has worked in various Red Cross disaster service capacities in Texas, Puerto Rico and Massachusetts. Internationally, he has worked in El Salvador and Zimbabwe with the International Federation of Red Cross and Red Crescent Societies and has trained facilitators from the Caribbean to Cuba and Mexico. He began his Red Cross career as the Director of Volunteer Services at the Puerto Rico Chapter.

Joselito is a collaborative relationship builder with local government and emergency management agencies and is dedicated to the recruitment and development of volunteer staff, as well as increasing capacity and service delivery and serving the most vulnerable communities. 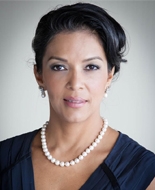 As president and founder of Navegate, Inc. -- a social equity consulting firm assisting clients in the areas of advocacy, Latino engagement, public affairs, and government relations – Ms. Vega was retained by the American Red Cross Los Angeles (ARCLA) to develop its inaugural community organizing campaign to increase disaster preparedness and resiliency in L.A.’s most vulnerable communities. Additionally, she increased ARCLA’s profile and relationships with all branches of government and community leaders. Consequently, she joined the executive team as Chief Strategy & External Relations Officer where she currently provides strategic advice to the CEO on community engagement, government relations, crisis management, and public affairs. She also manages the relationships with the largest Latino organizations on behalf of the national headquarters.

Previously, Ms. Vega was a Senior Advocacy Consultant at the Ibarra Strategy Group in Washington, D.C. – a government and public affairs firm where she handled intergovernmental support, external communications, Latino outreach, and political affairs. Before moving to D.C., she served as Executive Director of the Office of the Census 2010 in the Office of Los Angeles Mayor Antonio Villaraigosa. In this capacity, she developed a highly successful citywide educational and community outreach campaign to ensure the complete count of L.A. residents. Prior to joining the Mayor's office, Ms. Vega worked at the Mexican American Legal Defense and Educational Fund (MALDEF) in various positions. In her capacity as a parent and youth organizer, she ensured the construction of two school complexes. 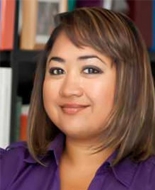 Marium F. Mohiuddin has worked in communications and publishing for the past 20 years. After receiving her bachelor's degree from Texas A&M University, she joined the staff of the Austin American-Statesman as an editor in the Features department.

Besides newspapers, Marium has been the editor in chief and managing editor of several magazine publications and an international manager for the American Heart Association. Her additional nonprofit work includes leading the Communications team at the Muslim Public Affairs Council (MPAC) and volunteering at Meal on Wheels and Big Brothers Big Sisters.

In 2014, Marium turned her passion for communications into a consulting business working with small nonprofits and female entrepreneurs. She went back to school to get her MBA in Nonprofit Management at American Jewish University. Marium is active in the Los Angeles interfaith scene sitting on five boards and donating her time to bringing people together. Marium has spoken to many audiences about interfaith relations and civic engagement and has appeared on many media outlets including CNN, NPR, and The Hollywood Reporter.

As the leader of the Los Angeles Region’s Community & Volunteer Engagement Department, Nikki manages the team responsible for recruiting, training, engaging and recognizing the accomplishments of the volunteer workforce that fuels the Red Cross mission.

Through its community outreach campaigns, CVE builds enduring relationships with youth and faith-based organizations which broaden Red Cross partnerships throughout the diverse communities of the Los Angeles region, ensuring that every group has access to the knowledge and resources needed to prepare for and recover from the next disaster, whenever it strikes. 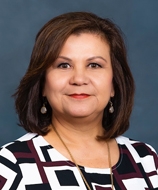 Veronica Garcia Davalos had devoted her entire career to the philanthropic and nonprofit sector. Prior to joining the American Red Cross, she served as Vice President of Advocacy and Community Engagement for Habitat for Humanity of Greater Los Angeles. She directed several capital campaigns as Vice President of Netzel Grisby, and has held executive positions at MoLAA, TELACU Education Foundation, American Heart Association, American Cancer Society, KCET and the Boy Scouts of America. Veronica is a Citizens Police Complaint Commissioner for the City of Long Beach and a Past President and Alum of Leadership Long Beach. She is also the cofounder of the United Latino Fund and National Latina Alliance. Veronica was born and raised in the San Gabriel Valley and has been a resident of Long Beach for more than 25 years. She has three children and six grandchildren. 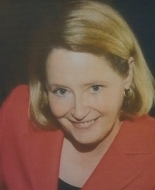 Julie served as Board Chair of two different California workplace giving organizations – the National Voluntary Health Association (NVHA) and Community Health Charities (CHC). She led the NVHA board through its merger with CHC in California – a year before the organizations merged at the national level. Born in Detroit, Julie attended Wayne State University, received her degree in Communications and English Literature. She is an avid reader, movie goer and loves to travel. Julie lives with her husband Richard Thomas in the Westwood neighbor of Los Angeles, California. 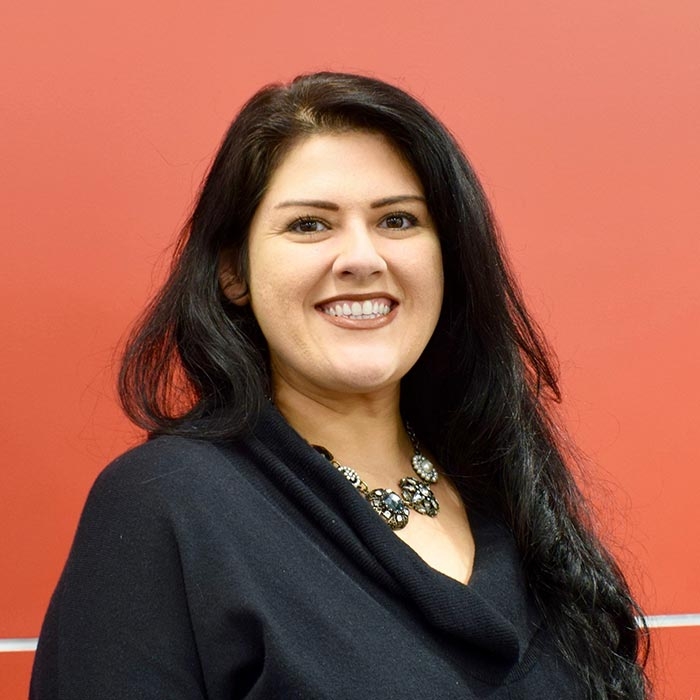 Erica Frausto-Aguado maintains a diversified background that has given her a broad understanding of communication principles, including community and government relations, marketing, event coordination, as well as program management and small business development. Prior to joining the American Red Cross, Erica served as the Executive Director for the Pomona Chamber of Commerce for 4 years. In her role she collaborated with the business community, local government, non-profit agencies and stakeholders to work towards a thriving Pomona Valley economy.

After earning a Bachelor of Science in Communications from California State Polytechnic University, Pomona in 2005, she began her pursuit of a career in economic development working for a non-profit community development corporation in Los Angeles that focused on the growth of the minority small business community. Seeing the need for advocacy and support in the business community, she was able to use her education in public relations to network with local stakeholders and politicians.

Erica currently serves as a member of the following organizations and committees: Kiwanis Club of Pomona, Rotary Club of Pomona Valley, Moms Club of Diamond Bar/Walnut and Board Member of the Cal Poly Pomona Foundation. Erica was born and raised in the city of El Monte and spent most of her upbringing in the San Gabriel Valley. She currently resides in the city of Diamond Bar with her husband and 2 young children. 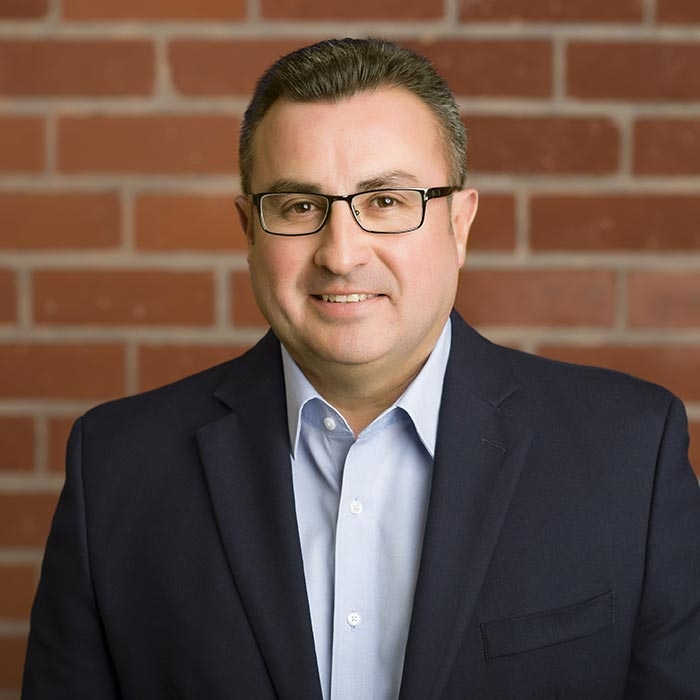 Hector LaFarga, Jr., enthusiastically joined the American Red Cross in September of 2020. With more than 20 years of experience working for and successfully leading nonprofits, Hector is driven by his personal passion of being of service to those in need through his collaborative and compassionate leadership approach.

Most recently, he was the regional executive director of the West for After-School All-Stars, where he led a multi-state region, working strategically with chapter executive directors and the national home office to execute regional strategies related to operations, fund development, staff development and board development. Prior to that, Hector was the executive director of Families Forward Learning Center, where he was responsible for the agency's business operations, strategic planning, fund development, financial management, program evaluation and development, securing and negotiating government contracts, human resources management, public/external relations, board management and leading a staff of 33.  He has also held leadership roles at Big Brothers Big Sisters of Greater Los Angeles as vice president of Programs and at INROADS as the regional director for the Pacific Southwest.

Hector is a graduate from University of California, Berkeley, with a bachelor’s in sociology. He attended Our Lady of Lourdes grammar school in East Los Angeles and Salesian High School in Boyle Heights. Hector and his wife, Alicia, have four children and two dogs and enjoy outdoor activities and are actively involved in AYSO soccer and in their local school district.