A Decade of Volunteering with the Duncans

Volunteers Lead the Way: A Decade of Volunteering with Chuck and Georgia Duncan 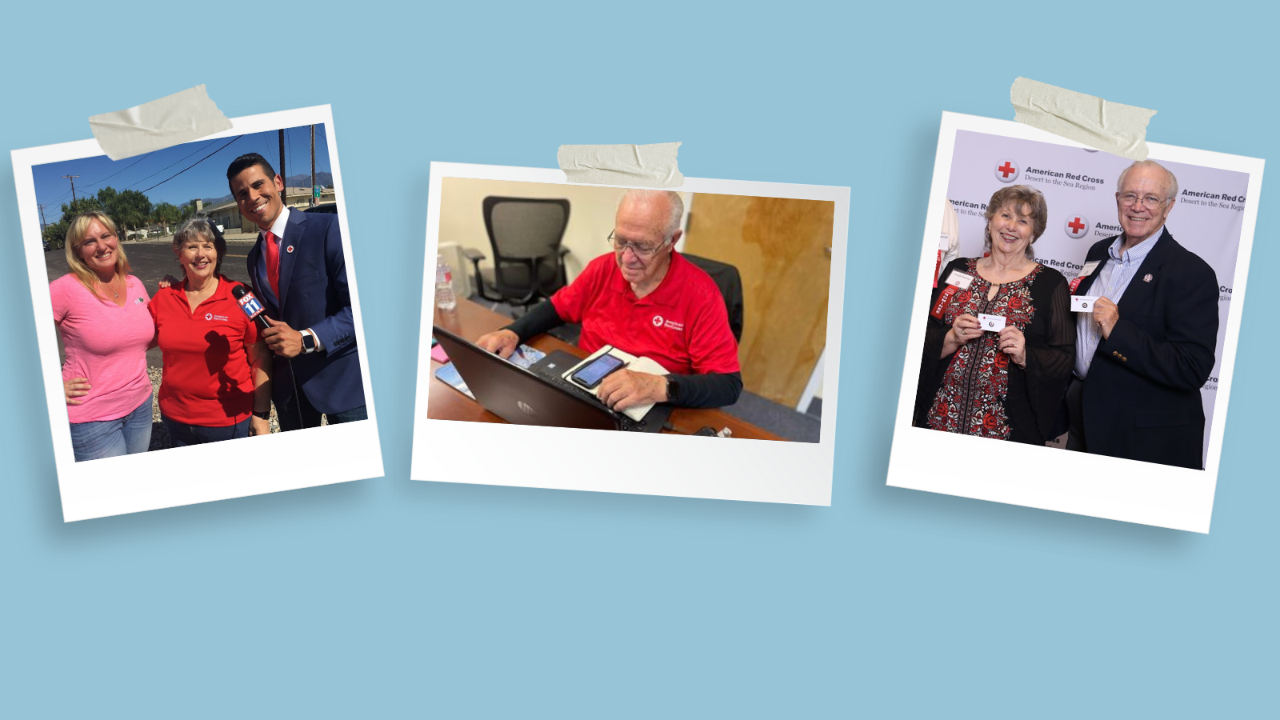 Volunteers form the backbone of the American Red Cross and the organization is fortunate to have such a strong corps of dedicated volunteers who lend their time and talents wherever and whenever needed. Disaster Services and deployments to various disaster zones comprise one of the key goals of the Red Cross. The role that volunteers play in ensuring the effective implementation and success of a deployment cannot be stressed enough, and it is for this reason that we are celebrating some of our most decorated volunteers! For most people, volunteering is a commitment that may last for a few months, but Chuck and Georgia Duncan’s story with the Red Cross began in 2008 - and they are still going strong over a decade later.

Chuck was a medic in the military until his retirement. Not one to rest on his laurels, he continued work as an EMT for several years before working in Emergency Management for the San Bernardino County Office of Emergency Services. Keen to continue working in this field and to provide his skillset to a worthy cause, Chuck began volunteering with the Red Cross with a focus on Disaster Services where his experience in Emergency Management was a natural fit and a definite asset to the organization. Chuck’s wife Georgia retired as a Dispatcher for the San Bernardino County Sheriff's Department in 2001 and brought her vast experience with her when she began volunteering with the Red Cross. With a keen eye for detail, impeccable organizational skills, and a heart for people and for the community, Georgia has been vital in her role in External Relations within the organization.

Chuck and Georgia are amongst some of the most active volunteers within the Red Cross, with 41 and 30 disaster deployments respectively between them – from wildfire responses to responses after storms, floods, hurricanes and tornados, and more. Despite Chuck being heavily involved in Mass Care Operations and Georgia having a central role in External Relations, the couple has been fortunate enough to be deployed to five disaster responses together, further solidifying their bond and role as the “first couple” of volunteering! With so many deployments, both Chuck and Georgia have many memories from each of their experiences, but there are a few that stand out from the rest. For the Duncans, one of these is the contributions of the Red Cross to the Granite Hills Firefighters memorial in Arizona, in which the Red Cross gave support to the families of the firefighters who lost their lives during the Yarnell Hill Fire of 2013 as well as to the larger community of Prescott, Arizona. During such a somber and trying period, the Red Cross was able to bring comfort to a community in mourning through the dedication of volunteers such as Chuck and Georgia.

Georgia’s last deployment was to Dresden, Tennessee where she assisted in the recovery stage during the aftermath of deadly tornadoes that had destroyed the area. Having been involved in the response to Hurricane Harvey in Texas, Georgia was able to draw upon her experiences of one of the biggest Red Cross responses ever to help the community of Dresden to get back on its feet. For her tireless efforts and constant readiness to help wherever needed, Georgia was awarded the Pacific Division Presidential Award of Excellence, though it would be impossible to convey how valuable she has been to the Red Cross or to the countless people she has helped since becoming a volunteer.

So, what drives this amazing couple to continue volunteering? Quite simply, both Chuck and Georgia love helping those in need and the work that they can do gives them purpose. The ability to help people at their greatest time of need not only motivates them but allows them to work with like-minded volunteers to improve communities throughout the United States. From their wealth of volunteering experience, Chuck and Georgia have taught us that the success of any disaster response is derived from the volunteers involved and the diversity of skills that they bring with them. Ever eager to attract new volunteers, the couple highlights the many positive attributes of the Red Cross as well as personal satisfaction as being key selling points for potential volunteers to give their time to a worthy cause.

We are grateful to Chuck and Georgia for their tireless service and dedication over the years and are excited to see what the future holds for them and for all new volunteers that have been inspired by their story! To learn more about local volunteer opportunities and how you can be a part of the Red Cross, visit redcross.org/volunteer to see what contributions you can make and how you can foster a sense of community similar to that of Chuck and Georgia Duncan!