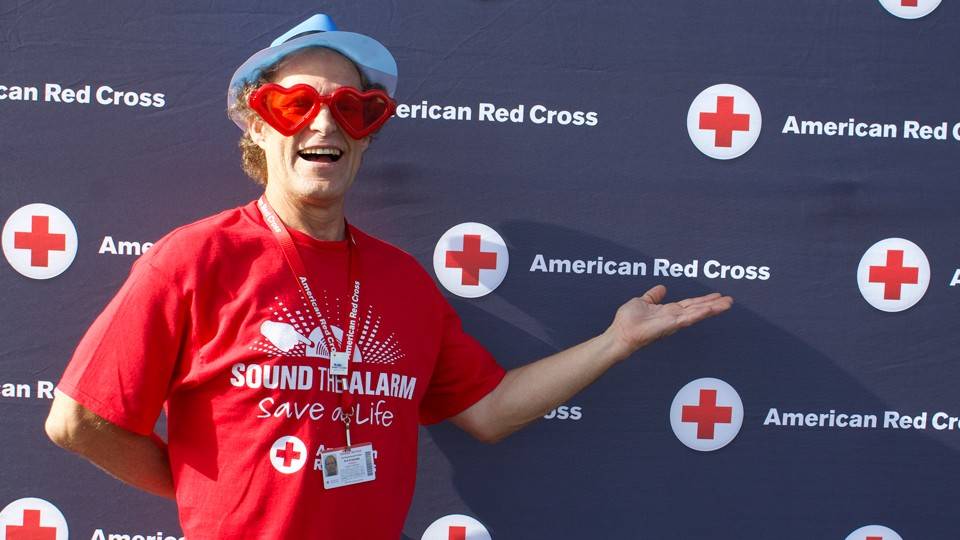 “I just think there’s nothing better than spending the day with these folks in red so I’m really glad to be aboard.”

One of the first things that stands out about Rick Krukowski is his passion. Anyone who has spoken with him will quickly understand he is passionate about helping people. Originally from Detroit, Michigan, Rick moved with his family to San Diego in 1975 where he eventually began working as a chemist. Spending 20 years in the HAZMAT field, Rick is no stranger to solving problems or dealing with difficult situations. After an accident that changed his life, he found himself looking for a new way to spend his time, something with purpose and the potential to transform people’s lives. That desire led Rick to the American Red Cross of San Diego/Imperial Counties over a year ago and he hasn’t stopped since.

A regular member of the Disaster Action Team (DAT), Rick responded to over 15 DAT calls and spent hundreds of hours on-call for DAT and feeding needs in the last year.

“Being a DAT responder, I get my heart broken all the time seeing folks at maybe the worst moment of their life. I did not think about that when I joined the Red Cross and the result is my desire to see a big emphasis on prevention and preparedness,” he explains.

Within the last few months, Rick has spearheaded the appointment-based Installation piece of the nationwide Sound the Alarm campaign. This essential aspect has led to the long-term safety of hundreds of homes throughout San Diego County.

“The Red Cross wants to reduce injury and worse from home fires nationwide. Confirmed lives saved from this program are over 470 people. Sadly, in the approximately 200 homes I have been in, only two have had working alarms in all the right places,” said Rick. “The fact that we educate and install gives the tools to prepare, respond and recover and not just throw smoke alarms up and leave. This is a great program, but it is not about if we are reducing death and injury, it’s about how many lives are spared. That is almost like being a superhero.”

When Rick and his installation team enter a home, they focus on checking existing smoke alarms and installing additional alarms throughout the home as needed.

More than 300 San Diego and Imperial County residents have already placed requests for smoke alarm installations. Through Rick’s efforts in the appointment-based Sound the Alarm installations, each installation team can reach as many as ten homes each day and has already whittled down a list that is now rapidly closing in on completing the original requests.

“It is no secret that 99.99% of people love the Red Cross,” Rick says. “It is apparent when they invite us into their homes. Nothing has our image better displayed in communities than when we reach out to individuals that reached out to us with interest in our program. We show them we care about each and every person and that we do not want to see disaster result in unnecessary human tragedy.”

Rick often spends a full work week helping various departments within the Red Cross from responding to DAT calls to being on-call for feeding activities for first responders, citizens or other volunteers. His dedication to raising awareness about fire safety and desire to offer a helping hand to anyone in need has earned him the distinction of December’s Volunteer of the Month.

“There are so many different aspects to my motivation I guess. I just think there’s nothing better than spending the day with these folks in red so I’m really glad to be aboard.”

The local Red Cross is proud to honor Rick for his dedication and service and look forward to serving with him for many years to come.