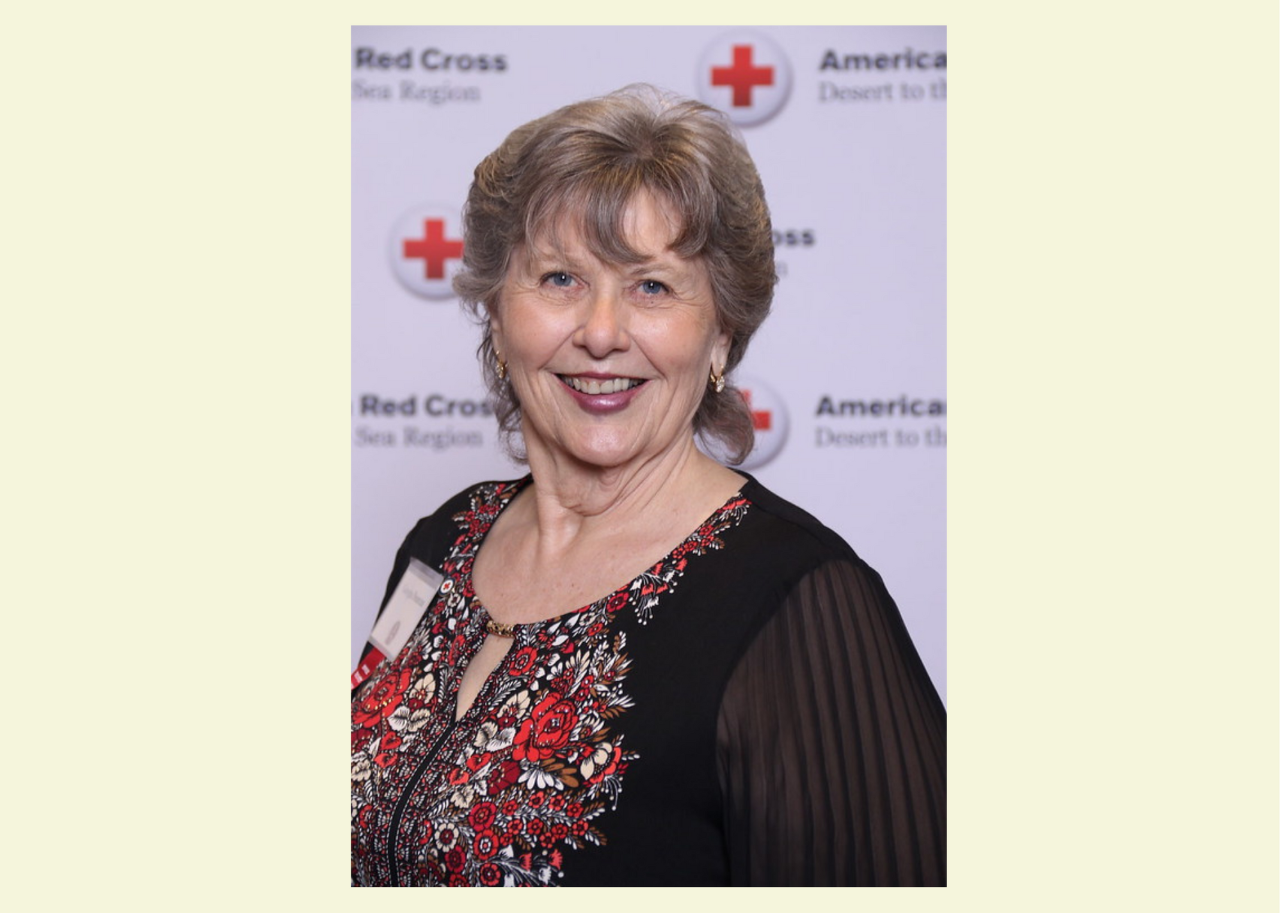 Georgia Duncan has been an American Red Cross volunteer for 14 years and has deployed 30 times to help those displaced by disasters. Georgia recently deployed to Dresden, Tennessee as the Assistant Director of External Relations to help with tornado recovery.

On December 24, 2021 at 1 p.m. in Dresden, Tennessee, Georgia Duncan watched as Santa Clause flew in by helicopter to deliver $7,000 worth of donated gifts to displaced families who had lost everything during the prior week’s tornadoes. Dresden was the “most devastated community in Tennessee,” said Georgia, after 16 tornadoes hit Middle Tennessee earlier that month.

On her last deployment, Georgia left five days after the tornadoes had touched down in Tennessee, arriving during the recovery stage of the disaster response. She gracefully sacrificed her holidays during her three-week deployment because it was becoming a habit after doing so three other times, during Hurricane Sandy, the Thomas Fire and the Camp Fire.

Although this was Georgia’s first time responding to a tornado, she compared the scene to a hurricane with less water.

During Georgia’s deployment to Tennessee, she was the Assistant Director of External Relations, who read the reports from local and state emergency management officials every morning. She then worked with the public affairs and government affairs team to spread the word on what services the Red Cross was providing, including the special arrival by Santa.

Reflecting on her time as a disaster response volunteer, one memory that stands out is from the 2018 Camp Fire, where 1,100 people were missing. Working in the Public Affairs team, she assisted the reunification team in helping reconnect families. In one case, a 93-year-old woman was separated from her family in Paradise, California. The reunification team was able to find her in Sacramento, California. Georgia was not directly involved in this achievement, however, her work supported the reunification efforts. “It’s not necessarily the area that you are assigned to, but it’s the overall operation, the overall deployment,” Georgia said.

Georgia signifies the love our volunteers have for others, “it’s all about the clients, you know, it’s all about helping and making sure that help gets to those who have been displaced.”