February 2019 Volunteer of the Month 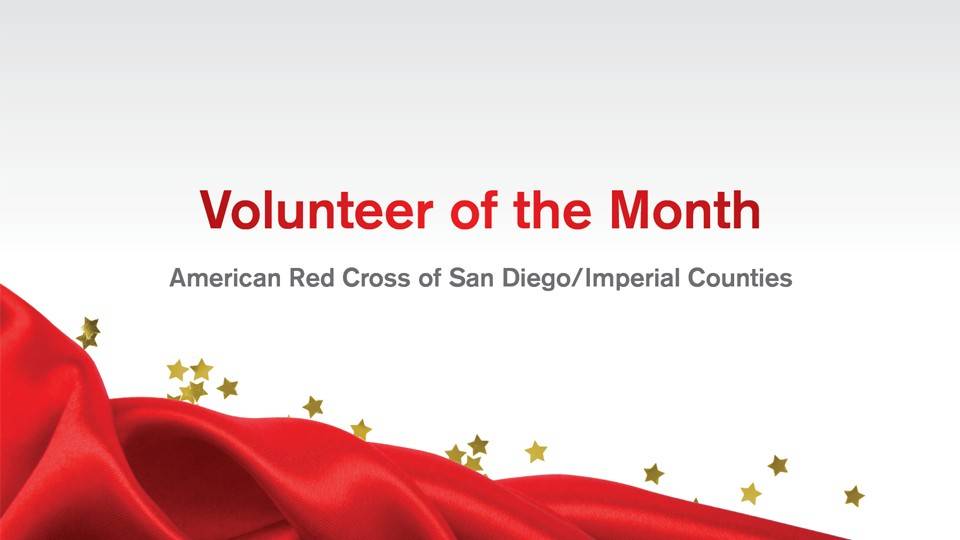 There are many reasons to become a volunteer with the American Red Cross. A desire to help people and make a difference in the community are among the most common. For February Volunteer of the Month Ariana Ochoa, her motivation to volunteer stemmed from personal experience. Born in Sacramento, California, and raised in Imperial Valley, Ariana knew about the Red Cross, but until she was faced with a real-life disaster, she was unfamiliar with their programs and services.

Of the roughly 64,000 disasters that the Red Cross responds to each year, the majority are home fires. Sadly, five years ago, Ariana and her family found themselves included in that statistic. Through her home fire experience, she met Red Cross Disaster Action Team (DAT) volunteers and became interested in how they helped those, like herself, who had been affected by a disaster.

A full-time employee with Feeding America, Ariana is passionate about volunteerism. Having joined the American Red Cross of San Diego/Imperial Counties in June 2018, Ariana volunteered at least three times a week as a Disaster Action Team member and quickly found herself in a leadership position. Currently, she serves as the lead for the Home Fire Campaign, which includes planning Sound the Alarm events.

The Home Fire Campaign, which was launched in 2014, includes signature Sound the Alarm events, which are home fire safety and smoke alarm installation events.  Through these events, the Red Cross and partners have already installed more than 1.1 million free smoke alarms nationwide as well as provided vital home fire safety information and disaster preparedness training in neighborhoods at high-risk for home fires. Since 2014, these preventative measures have helped to save more than 500 lives nationwide, including saving three lives right here in San Diego.

As part of her work with the Home Fire Campaign, Ariana sets up appointments for those who would like to have free smoke alarms installed in their homes, personally installs alarms when available and organizes outreach events to benefit the community. With her help, the Red Cross has been able to continue with Sound the Alarm installation events in Imperial Valley and has been able to train and provide information to new members.

On May 4, 2019, the American Red Cross of San Diego/Imperial Counties will hold a large-scale Sound the Alarm home fire safety and smoke alarm installation event in Chula Vista in an effort to save lives and help end home fire tragedies.  In the interim, free in-home smoke alarm installations are done throughout San Diego and Imperial Counties by appointment. If you or someone you know would like to receive a free installation, please fill out this form to make a request.

As a member of the Disaster Services department, Ariana not only serves as a Disaster Action Team member but is also training to be a caseworker so that she is available to further help members of her community.  She is a dedicated team member and takes her leadership role seriously. The local Red Cross is proud to honor Ariana and looks forward to serving with her for many years to come.

If you would like to contribute to the community, like Ariana, you can join the Red Cross by volunteering to install smoke alarms in your community, making a financial contribution or taking steps to protect your own family from home fires. Together, we can Sound the Alarm about fire safety and help save lives.

For more information about Sound the Alarm, visit soundthealarm.org/sandiego.