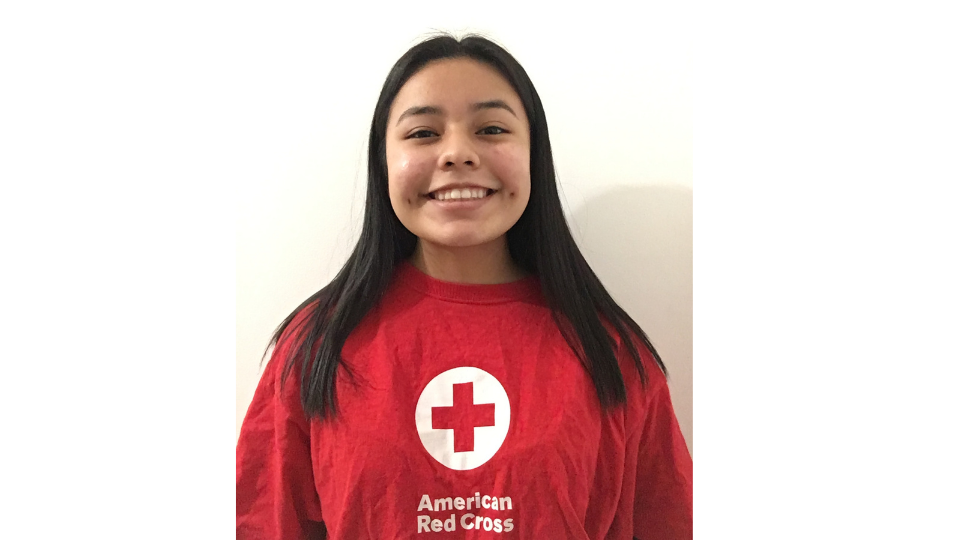 Mariana Jaimes is an American Red Cross youth volunteer who has spent her high school years taking on volunteer leadership positions and using her Hispanic heritage to help others.

“Hispanic Heritage Month means being able to appreciate my upbringing, family and my community.”

Mariana Jaimes is an American Red Cross youth volunteer who has spent her high school years taking on volunteer leadership positions and using her Hispanic heritage to help others.

In 2020, Mariana served on the Youth Advisory Council as the Clubs Outreach Lead and served on staff for GLOW (Growing Leaders of the World) Red, the first virtual leadership camp. Through these positions she learned to work with different people, gaining many leadership qualities and has “enjoyed every step of the journey.” Mariana is now the Red Cross Club Vice President at Godinez Fundamental High School in Santa Ana, Calif. One of the many skills she has developed during her time at the Red Cross has been the ability to communicate with others through platforms like email and Zoom. She was able to take the skills she learned at the Red Cross and put them into practice when her school went virtual due to the COVID-19 pandemic.

While Mariana’s volunteer experience is extensive, her most memorable time at the Red Cross was in 2019 when she volunteered at a Sound the Alarm event in Stanton, Calif. She was placed in a group of six youth volunteers and instructed to help Sound the Alarm by educating families in the neighborhood about home fire safety and helping install smoke alarms. As her group began going door to door, they quickly realized that out of the six individuals present, there were five volunteers that were bilingual. While Mariana is bilingual in English and Spanish, the other youth volunteers knew several languages including Chinese, Japanese and Tagalog. Mariana was thrilled about the diversity of the volunteers and excited that they were able to use various languages to educate residents about home fire safety.

Mariana’s Hispanic heritage and ability to speak Spanish is something she has always appreciated. She loves helping others and always tying it back to her roots and the Red Cross gives her a place to do that. Mariana says, “With the Red Cross, there is so much inclusivity. I’ve never felt left out because of my upbringing.” To Mariana, “Hispanic Heritage Month means being able to appreciate my upbringing, family and my community.” We celebrate the time, talent, leadership and diversity of volunteers like Mariana – this month and beyond!