Listen, Learn and Get Involved: Valuable Advice from a Red Cross Volunteer 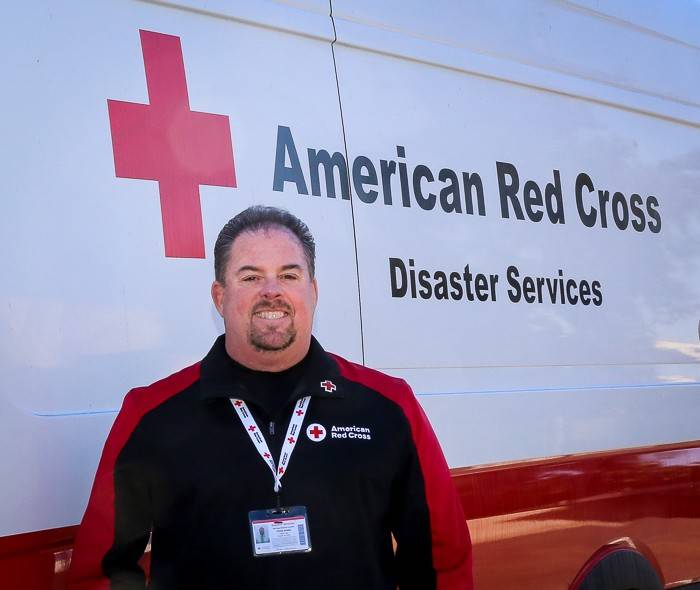 "Learn as much as you can. Understand everything that the Red Cross does. And then decide where you want to serve."

When Phil Hubbs signed up to volunteer for the American Red Cross of San Diego/Imperial Counties in August 2017, he came equipped with an impressive “toolbox” of experiences. A 38-year veteran of the San Diego Police Department, Phil held the positions of sergeant and SWAT officer, along with training coordinator and detective in Vice, Juvenile, Domestic Violence, Gangs, Narcotics and Criminal Investigations. He also supervised SDPD’s Violent Suppression Team, Bike Team and Horse Mounted Unit.

Phil’s decision to volunteer with Red Cross was almost 14 years in the making. As he explains, “I was a first responder – and my family had to evacuate – in the 2003 Cedar Fire. My family and I had relatives to stay with, so we didn’t need to use Red Cross services, but as a first responder I saw many people who had only the Red Cross to rely on. That experience is what triggered me to want to get involved.”

His desire to volunteer intensified during the 2007 Witch Fire, when Phil and his family once again evacuated their Harbison Canyon home, all while Phil worked round-the-clock as a first responder. Phil remembers watching Red Cross volunteers coming to the aid of evacuated families, comforting them and providing them with much-needed support. “As law enforcement, we are there to evacuate people and prevent looting. We do a ‘hand off’ to agencies like the Red Cross and hope for the best. Watching the Red Cross volunteers at work, I’m thinking ‘What an organization!’”

When Hurricane Harvey hit Texas in August 2017, Phil was one month away from retirement and felt the time was right to join the organization he admired so much. He submitted his volunteer application in August and was up and running by November 2017.

Phil’s first assignment with Red Cross was installing free smoke alarms in homes.  While working with that team of volunteers, he set out to learn as much as possible about the Red Cross. “I started realizing what all the volunteer opportunities were,” Phil notes. “I did this by reaching out, participating in trainings, and listening to everybody.”

In March 2018, Phil found himself gravitating to the Disaster Action Team.  His “standout” experience as a Red Cross volunteer came when he responded to a Thursday night fire call in Santee.  “Two people had to evacuate their home for several days because of smoke damage. They were headed to a wedding that Saturday and wanted to get their wedding clothes from inside their home so they could get them dry cleaned.” Phil smiles. “I was able to get the first responders to go back inside. They found the clothes. I felt good about that.”

While the Disaster Action Team was a natural fit with his career in law enforcement, Phil recognizes that some volunteers may not want to tap into their career experiences. “People may want to acquire new skills. Stretch a bit.” His recommendation? “Learn as much as you can. Understand everything that the Red Cross does. And then decide where you want to serve.”

Phil’s quest to listen, learn and get involved brought him to a telethon that was raising funds for the Red Cross response to the California wildfires in November 2018. There he met a volunteer who told him, “I think we have the perfect role for you.” Phil’s newest assignment - Government Liaison Officer - has him working out of the Emergency Operation Center, serving as a Red Cross liaison with police, fire and other agencies. “The Red Cross’ biggest advantage in such a high stress environment, where collaboration is critical, is the quality of its volunteers,” Phil explains. Many of the current Red Cross government liaison officer volunteers are retired law enforcement and fire personnel. “We all talk the same language.”

When asked what additional advice he could offer new volunteers, Phil is quick to respond. “The Red Cross is a great organization. I think we are all here because we want to become assets to this organization. Just remember, it’s a process. It takes time. Be patient and stay active. You need to be comfortable and educated to be and do your very best for the Red Cross.”