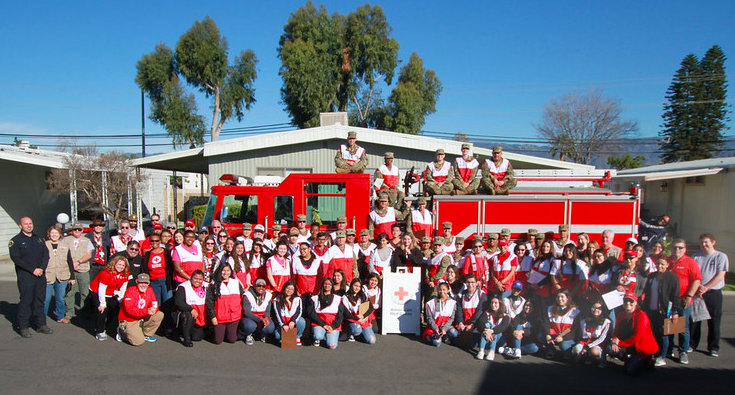 American Red Cross volunteers and partners pose for a group photo at a Sound the Alarm event in San Bernardino on January 25, 2020.

Every day, seven people die in home fires. Most of these tragedies occur in homes that lack working smoke alarms. The American Red Cross wants to improve the odds and save lives - that's why the Red Cross launched its nationwide Home Fire Campaign in 2014. Sound the Alarm events, during which Red Cross volunteers and partners go door-to-door to install free smoke alarms and provide home fire safety information in communities across the country, are a critical part of the campaign. In just six years, these home visits have accomplished so much, including the installation of more than 2 million smoke alarms and saving almost 700 lives across the nation.

The Mariscal family was thankful to the Red Crossers who improved their home fire safety. Their family home only had one smoke alarm that was not working, and volunteers installed a total of five free smoke alarms in their home. The Mariscals are no strangers to the generous spirit of the Red Cross. One of their daughters is in the Red Cross Club at Riverside City College! The team of Red Cross volunteers consisted of an Army Medic Reservist, two volunteers from Etiwanda High School and a volunteer from Arroyo Valley High School.

Ms. Raquel Guzman was happy to open her door to Red Cross volunteers to install free smoke alarms in her home. She now has greater appreciation of the Red Cross, knowing that they help to save lives by installing free smoke alarms. The team of volunteers included Army Reserve and Mountain CERT volunteers.

Captain Nicole Weintraub has never volunteered with the Red Cross before this Sound the Alarm event, and she chose to give up her birthday to serve others! Captain Weintraub was the installer in her team, meaning she installed free smoke alarms in several homes while other members of her team educated the residents on home fire safety. Captain Weintraub said that she would love to be a part of future smoke alarm installation events. Captain Weintraub is an Audiologist in the Army Reserves and works at the Loma Linda Hospital as a Medical Officer.

To learn more or to volunteer for an upcoming event, visit SoundTheAlarm.org/DTS. 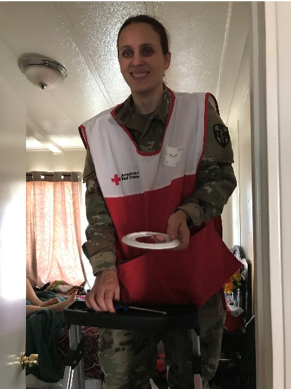 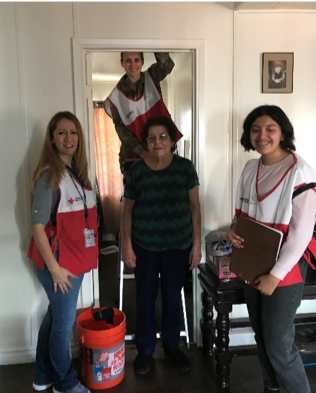