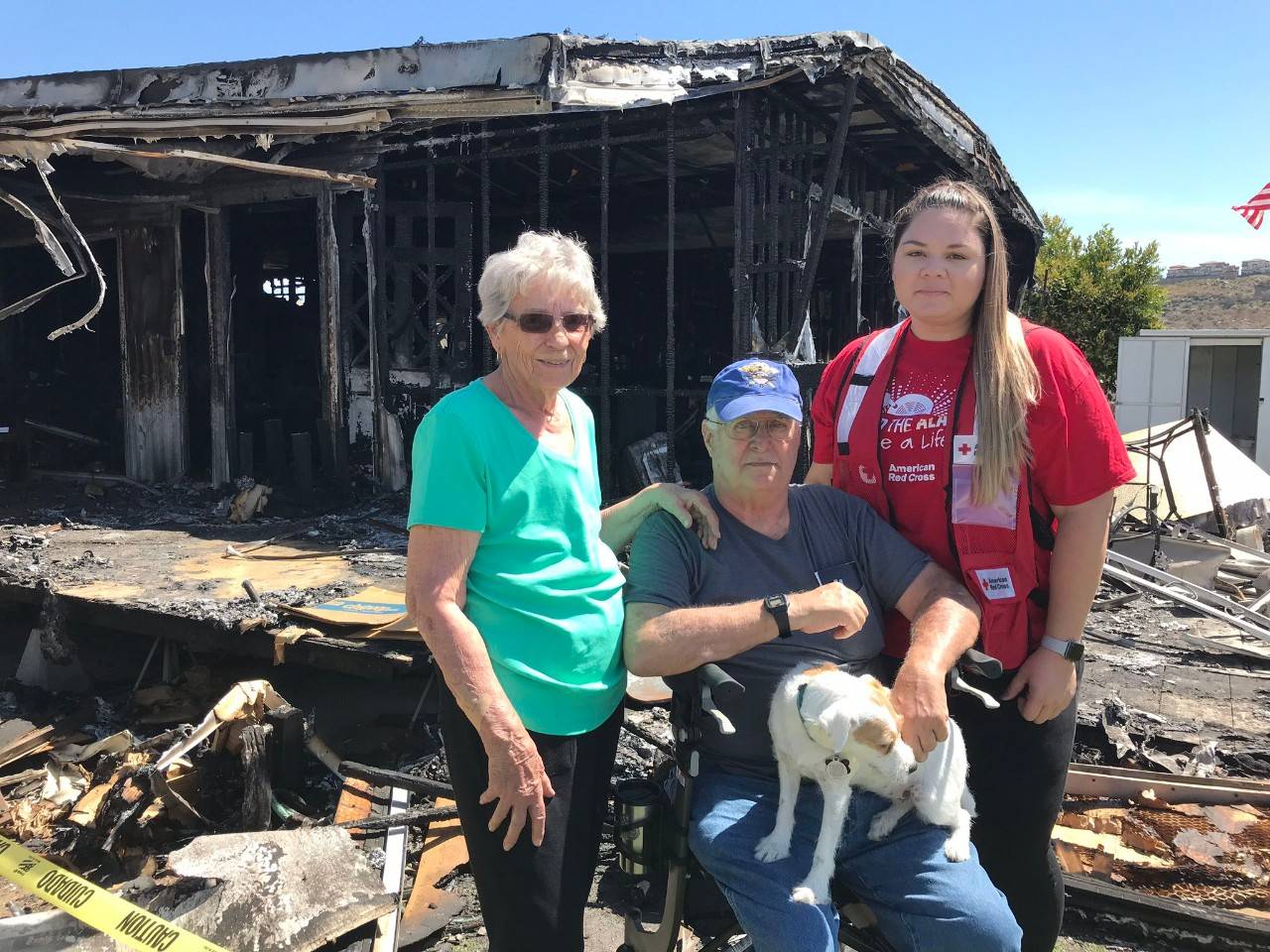 “The important thing I take away from this is we were able to get out with our lives and our pup. You can replace things, but you can’t replace a life.” - Jack Reider, home fire survivor

The American Red Cross of San Diego/Imperial Counties is proud to announce that two lives have been saved in San Diego County by smoke alarms installed through the Sound the Alarm smoke alarm installation and home fire safety program.

On December 4, 2018, the Red Cross hosted a Sound the Alarm installation event in Cameron’s Mobile Estates in Santee, installing more than 250 smoke alarms in 125 homes. Jack Reider allowed a team of volunteers into his home where they installed three smoke alarms and reviewed escape routes in case of a fire. Less than six months later, Jack and his wife Shirley experienced a home fire on May 29, 2019. The couple and their dog were able to safely escape the home as smoke alarms sounded.

“The important thing I take away from this is we were able to get out with our lives and our pup,” said Jack Reider. “You can replace things, but you can’t replace a life.”

Every day, seven people die in home fires across the United States. Working smoke alarms in a home increase the likelihood of survival by 50 percent and having an escape plan further improves the odds of survival.

“We have installed more than 9,600 smoke alarms in our region over the past year through the Sound the Alarm program and I am so glad that three of those alarms were installed in Jack and Shirley’s home,” said Sean Mahoney, Regional CEO of the American Red Cross of San Diego/Imperial Counties. “It’s because of volunteers and donors that we are able to install these truly lifesaving alarms and respond to home fires to assist families with their immediate needs during some of their most worrisome moments.”

Since October 2014, almost 25,300 free smoke alarms have been installed and 9,109 homes have been made safer in San Diego County. Through this program, three additional lives were saved in December 2018, bringing the total number of lives saved locally to five. As of May 2019, the Red Cross and its partners across the country have saved at least 600 lives.

Additional details of Jack and Shirley’s story of surviving a home fire can be viewed in this video. Anyone in need of smoke alarms in their homes can request a Red Cross smoke alarm installation visit at soundthealarm.org/sandiego.