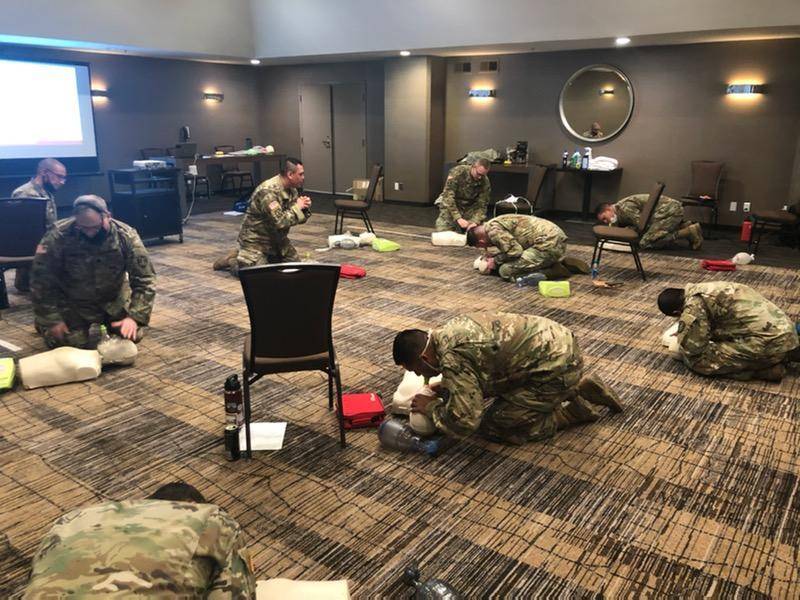 Four years active duty military, six years in the Army Reserve and over a year with the American Red Cross of San Bernardino - Raul Diaz loves the interconnectedness of his jobs. Raul is a Service to the Armed Forces (SAF) Specialist, which gives him the opportunity to bring all Red Cross lines of service to active duty military members, veterans and their families. This includes connecting the military community with resources to help build resilient relationships, providing information about Red Cross emergency communications services, supporting Veterans Affairs and military treatment facilities and more.

In November 2010, Raul started his military career when he shipped off to basic training at Fort Phil. He was then stationed in upstate New York at Fort Drum where he served as a combat medic in the infantry unit. During Raul’s deployment in Afghanistan, the Red Cross assisted him and his family by notifying Raul, via an emergency communications message, that his grandfather had passed away.

After completing his four-year contract, Raul wanted to continue serving his country through the Army Reserve. He was also inspired to work for the Red Cross because the organization was there for him when he needed it, and now, he could help return the favor to others. “Whether I'm wearing the uniform of the Unites States Army or whether I'm wearing my Service to the Armed Forces uniform, I get to help people,” says Raul. “I get the best of both worlds.”

Raul has enjoyed his time with the Red Cross and emphasizes that one of his favorite parts of the job is engaging with volunteers. He says, “All these people from different backgrounds come together to fulfill a mission. I would compare it to the military, where diverse groups of people come together and somewhere in the process you become a family.”

Raul spent six years with the Army Reserve and has spent time doing hospital and clinic work in Japan as well as mission planning and operations. On his latest mission he was activated to form a COVID-19 task force. In April, he spent 15 days preparing for deployment, and along the way he brought Red Cross resources to share with others. He engaged 100 soldiers in a COVID-19 Virtual Resiliency Workshop, and as a Basic Life Support (BLS) instructor, he trained and certified 20 individuals in BLS.

As for Raul’s life outside of the Red Cross, he enjoys going to the movies, meeting new people and traveling. The top five places he would like to visit include Japan, Australia, Spain, Uganda and India. He has checked Japan off the list after going twice with the military, however, there are surely many more great adventures in Raul’s future.