A Life of Meritorious Service

A Lifetime of Meritorious Service 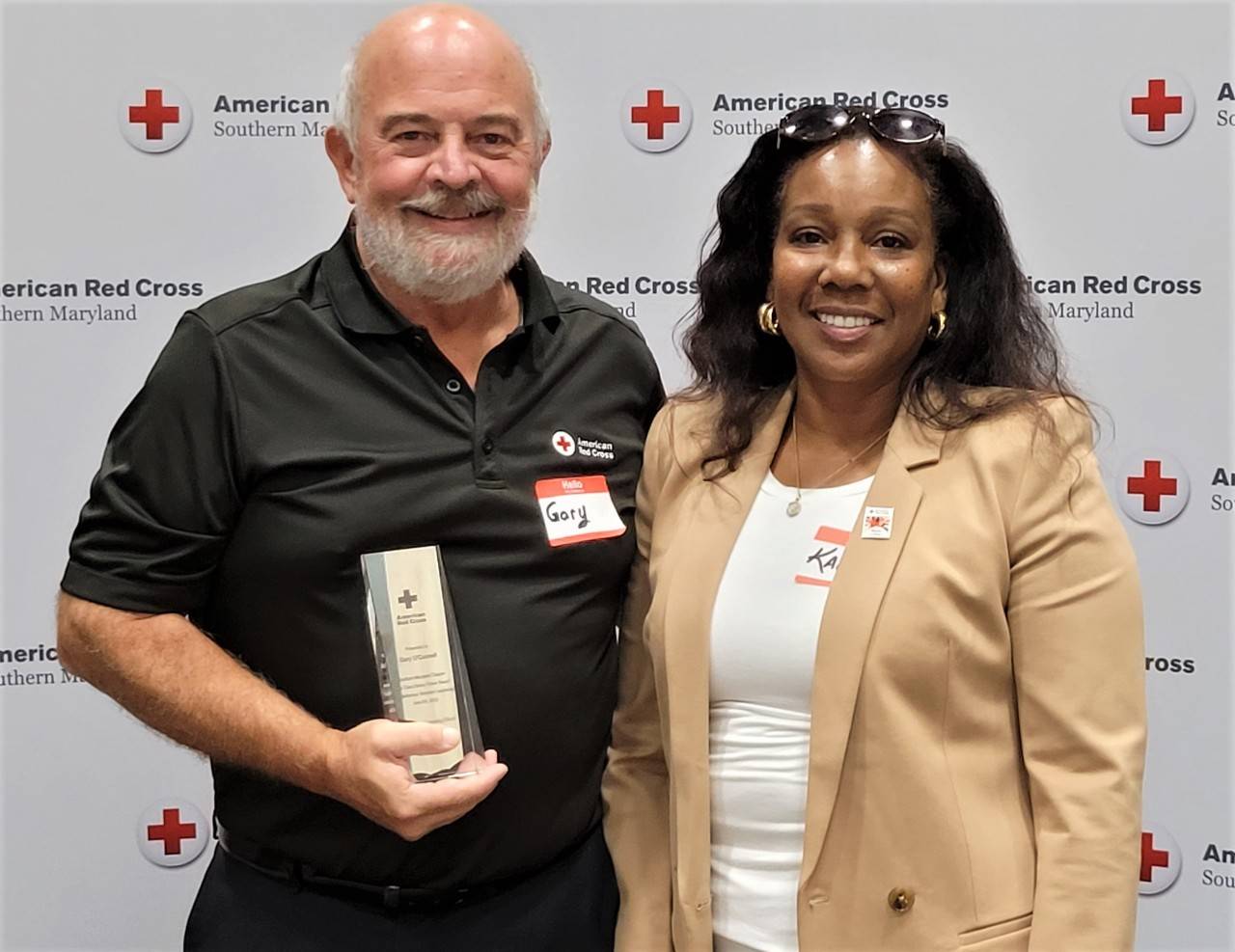 The mission of the Red Cross would be impossible to accomplish without the efforts of thousands of individuals who selflessly volunteer their time and talents. However, there are some, like Gary O’Connell, who exemplify the true character of a dedicated volunteer. He’s logged many hours as a volunteer after first becoming involved with the Red Cross in Southern Maryland.

“It’s been 25 years since I first got involved. It all started when I coordinated blood drives at work,” said Gary.

This occurred over the course of a 35 year career as an engineer and project manager at the Calvert Cliffs Nuclear Power Plant in Lusby, Maryland. But it wasn’t until 2019 when he officially signed on as a Red Cross volunteer.

He then moved on to other assignments, including Emergency Response Vehicle point of contact. He was then promoted to his current positions of Regional Specialty Vehicle Contact and Regional Mass Care Lead. Since signing on as a volunteer, he has deployed at least 10 times in response to large-scale disasters. Most recently, he was in Kentucky in the aftermath of the massive floods which impacted the eastern part of the state.

Gary also takes part in a number of outreach events, spreading the important message about the Red Cross mission across the National Capital & Greater Chesapeake Region. For his commitment to Red Cross service, he recently received the Clara Barton Honor Award for Meritorious Volunteer Leadership. Recipients of the rarely bestowed award must:

“The Clara Barton Honor Award recognizes volunteers who have held leadership positions over several years,” said Red Cross of Southern Maryland Chapter Executive Director Karine Sewell. “Gary’s volunteer service has had a huge impact on the Southern Maryland Chapter. He has worked hard to strengthen relationships in Calvert and St. Mary’s Counties, partnered with me to increase visibility at Community Outreach Events, and worked alongside Disaster Program Managers to engage volunteers.”

“I was very surprised and appreciative. I know not a lot of people receive the award. It’s nice to be recognized,” said Gary.

Volunteering with the Red Cross comes easy for Gary. Retirement affords him the luxury of time. But he will tell you the best part about being a volunteer is the ability to do as much or as little as one wants. And if you’re thinking about becoming a volunteer, he’ll tell you the sky’s the limit.

“You’ve got options and it’s just very rewarding. I firmly believe you get back way more than you put in. Our training tells us you’re going to meet people on the worst days of their life. If we’re able in a small way, we can make that worst day a little bit better. That’s the impact you make.”

To learn more about the volunteer opportunities available at the Red Cross, go to redcross.org/volunteer