Donation is a toy story that holds great meaning, purpose

Donation is a toy story that holds great meaning, purpose 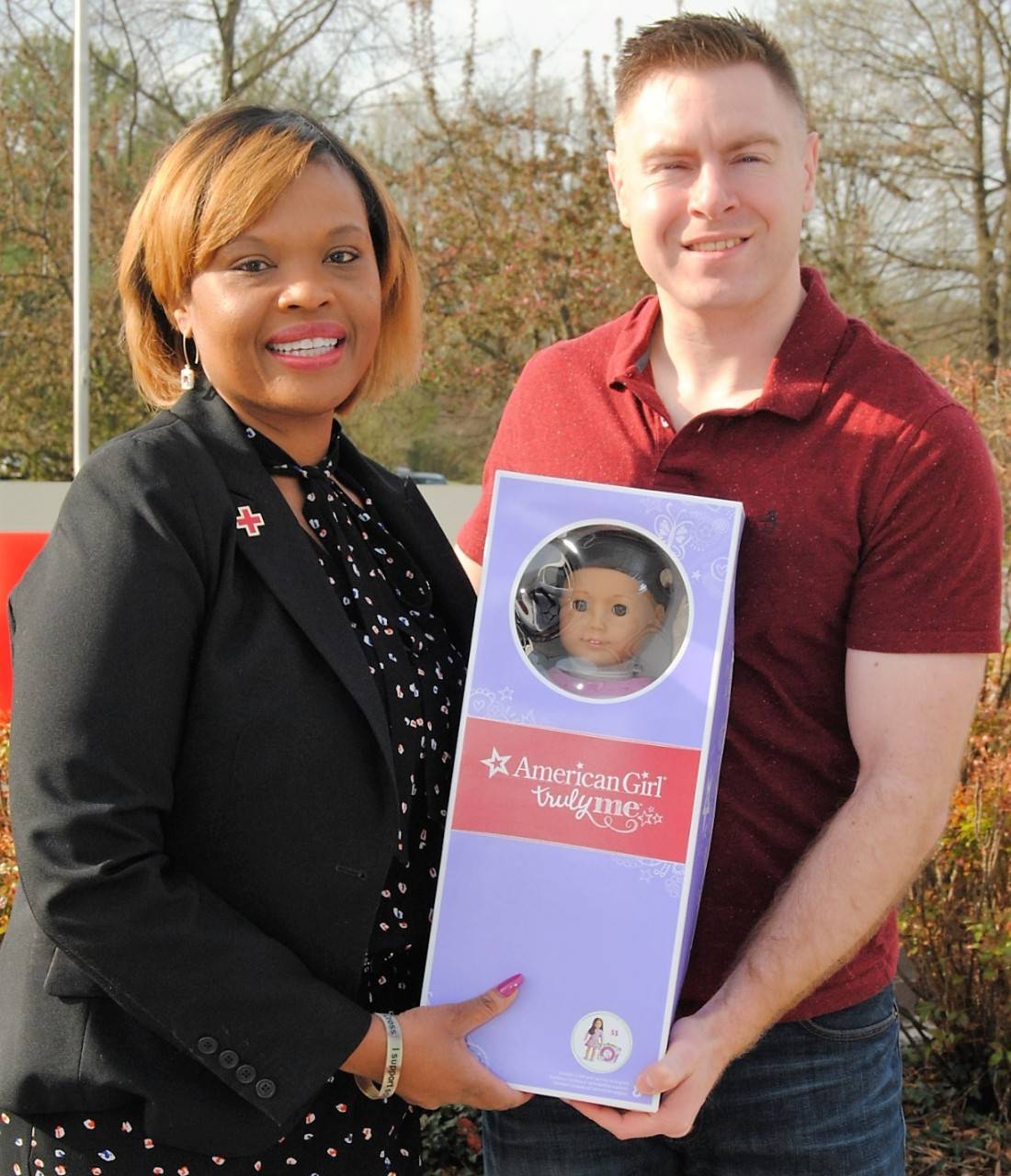 It may not have been Christmas in July. But the effect was just the same.

“It is so good to see our Marines and Marine families being taken care of,” explained Capt. Daniel J. Ziminski, a Uniformed Readiness Officer for the U.S. Marine Corps Cyberspace Warfare Group based at Maryland’s Fort George G. Meade.

Captain Ziminski’s unit was the recent recipient of a number of generously donated American Girl dolls. The dolls portray children of a variety of ethnicities. They are sold with accompanying books told from the viewpoint of the child they replicate.

Through the American Red Cross Service to the Armed Forces (SAF), Ziminski’s unit successfully distributed 15 of the dolls to local Marine homes. “The feedback we received was tremendous,” he added. “There was a lot of gratitude, and our unit was glad to have the opportunity to give our Sergeants a little something extra to bring home to their children.”

The American Girl company donated funds and about 10,000 dolls to the American Red Cross throughout the country, based on a request from a longtime American Red Cross Resiliency Facilitator volunteer, named Nana. Nana became the inspiration for a Pacific-Islander doll and novel, based on her story of disaster aid assistance and recovery during the Pearl Harbor bombings in Hawaii in 1941.

“It was Nana who was the catalyst for these donations,” explained Yolanda Gainwell, former SAF Director for the American Red Cross of the Greater Chesapeake Region. “She told American Girl, ‘If you’re going to be creating this doll in my image, you need to make a donation to the Red Cross’.”

Red Cross chapters ensured that the dolls were donated to junior-enlisted service members who have children ages 3 to 14. Late last year, Gainwell discovered the homeless dolls (which can retail upwards of $150) concealed in an office supply closet that for some reason were not distributed. She then set out to find some military families that could benefit from their presence. It was a mission she was familiar with: having found homes for approximately 3,500 of the dolls when she was based in Hawaii.

Gainwell, a supportive military spouse of over 20 years, feels the most rewarding part of her job, now at the Red Cross division level, is being able to serve alongside military families. “We [SAF] are an information and referral resource as well,” she said. “We want to continue building military communities and connecting with them. I feel very fortunate to connect families on a daily basis.”

Capt. Ziminski connected Gainwell with two other contacts to donate the remaining batch of dolls.

“Watching families grow and flourish together is an incredible thing to be part of,” Capt. Ziminski added, “and this donation and disbursement of the dolls is a great example of how I am able to facilitate this growth.”

To learn more about the Red Cross’ Service to the Armed Forces, which empowers active duty military members, veterans and their families, go to: https://rdcrss.org/2wp7DqD