Alive for the Holidays

Alive for the Holidays 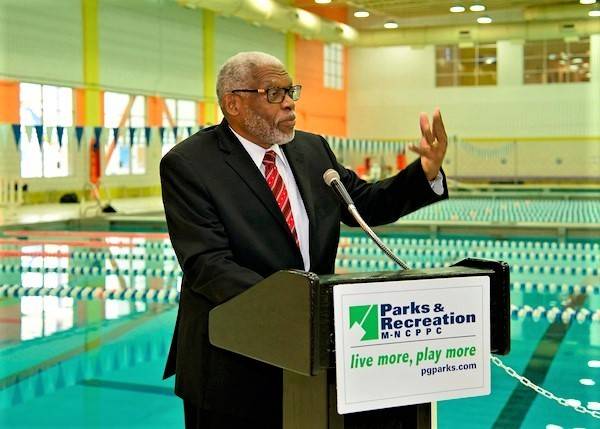 “So many people sprung into action in the right spot, at the right time, with the right training,” Reverend Earl Trent said – after posing for photos with the same aquatic center staff who rescued him from the swimming pool after a cardiac event on May 12, 2021. “Because of their actions, I am here for the holidays.”

Sydnee Minor, Miguel Vargus, Rob White, and Marcus Brown were on duty as lifeguards at the Prince George’s County Sports & Learning Complex, when they noticed a patron swimming laps in distress. Immediately, Miguel activated the Emergency Action Plan and entered the water. Sydnee also sprung into action and called 911. Marcus stepped in as well, calmly clearing the pool and managing a crowd of onlookers. Without hesitation, Rob retrieved the backboard. That’s when Miguel took hold of the patron and brought his head above water. At this time, Rob checked the patron’s level of consciousness. Then, Miguel - with the help of Rob - removed the patron from the water and onto the pool deck. Jonathan Cabatbat, a member of facility safety team, joined the four aquatics staff, promptly conducted an assessment, and then began CPR. At this time, with her 911 phone call complete, Sydnee brought over the AED and - when prompted - provided shock. Jonathan and Sydnee continued to work together and provide CPR. Moments later, EMS arrived on the scene and resumed caring for Revered Earl Trent.

“These young people were prepared because they had gone through their Red Cross training. Because they did—I am here standing today!” Reverend Trent said on December 13, 2021 after reuniting with the team who helped save his life.

“Of course it feels good to save a life,” said Jonathan Cabatbat. “But it is our job. It’s what we do.”

Since 2018, across the globe, the American Red Cross has awarded more than 1,500 people with one of three Red Cross Lifesaving Awards: The Certificate of Merit; The Certificate of Extraordinary Personal Action; and the Lifesaving Award for Professional Responders. Perhaps even more impressive, these collective heroic acts have saved around 800 lives!

The Red Cross was only able to recognize the incredible efforts of Sydnee Minor, Miguel Vargus, Rob White, Marcus Brown and Jonathan Cabatbat because their colleague, Timothy Delucia, took the time to nominate all five for displaying the highest degree of concern a group of human beings can have for another. If you know of anyone who has used lifesaving skills to save or sustain the life of a person in distressed, please visit lifesavingawards.org to nominate their extraordinary achievement, today.