From Idaho Falls to Geneva, Red Cross board member has unique history

From Idaho Falls to Geneva, Red Cross board member has unique history 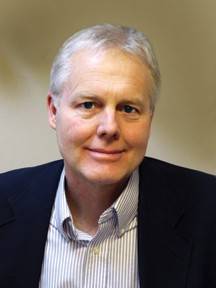 After 30 years with the Red Cross, things have pretty much come full circle for Steve Carr.

Carr is the newest member of the American Red Cross of Greater Idaho’s board of directors, a position he also held in the mid-1980s. The Idaho Falls attorney and owner of Carr Land and Title has served the Red Cross in several capacities over the course of three decades both locally and abroad, most notably as the only American elected to the Standing Commission of the International Red Cross and Red Crescent Movement.

Based in Geneva, Switzerland, the Standing Commission is the highest governing body of the worldwide organization. He was elected to two terms and served as the commission’s vice chair.

“The Idaho Chapter of the Idaho Red Cross is excited to welcome Mr. Steven Carr to our board,” Red Cross of Greater Idaho board chairman Mike Willits said.  “Mr. Carr’s experience on the local, state and international levels will add essential perspective to the efforts of our Idaho Chapter. His countless hours devoted to the relief of suffering at home and abroad is to be commended. We are very honored to have his talents here in Idaho.”

“It’s good for me. It’s nice to reconnect with my community, to circle back,” Carr said. “Everything has changed so much through the years. I’ll be learning just like all new volunteers do.”

While Carr has spent countless hours in Red Cross board rooms from Blackfoot, Idaho, to Geneva, Switzerland, it’s the time he spent seeing the organization’s humanitarian efforts in action, in places like Chad, South Sudan, Honduras and Louisiana, that keeps him truly active and engaged.