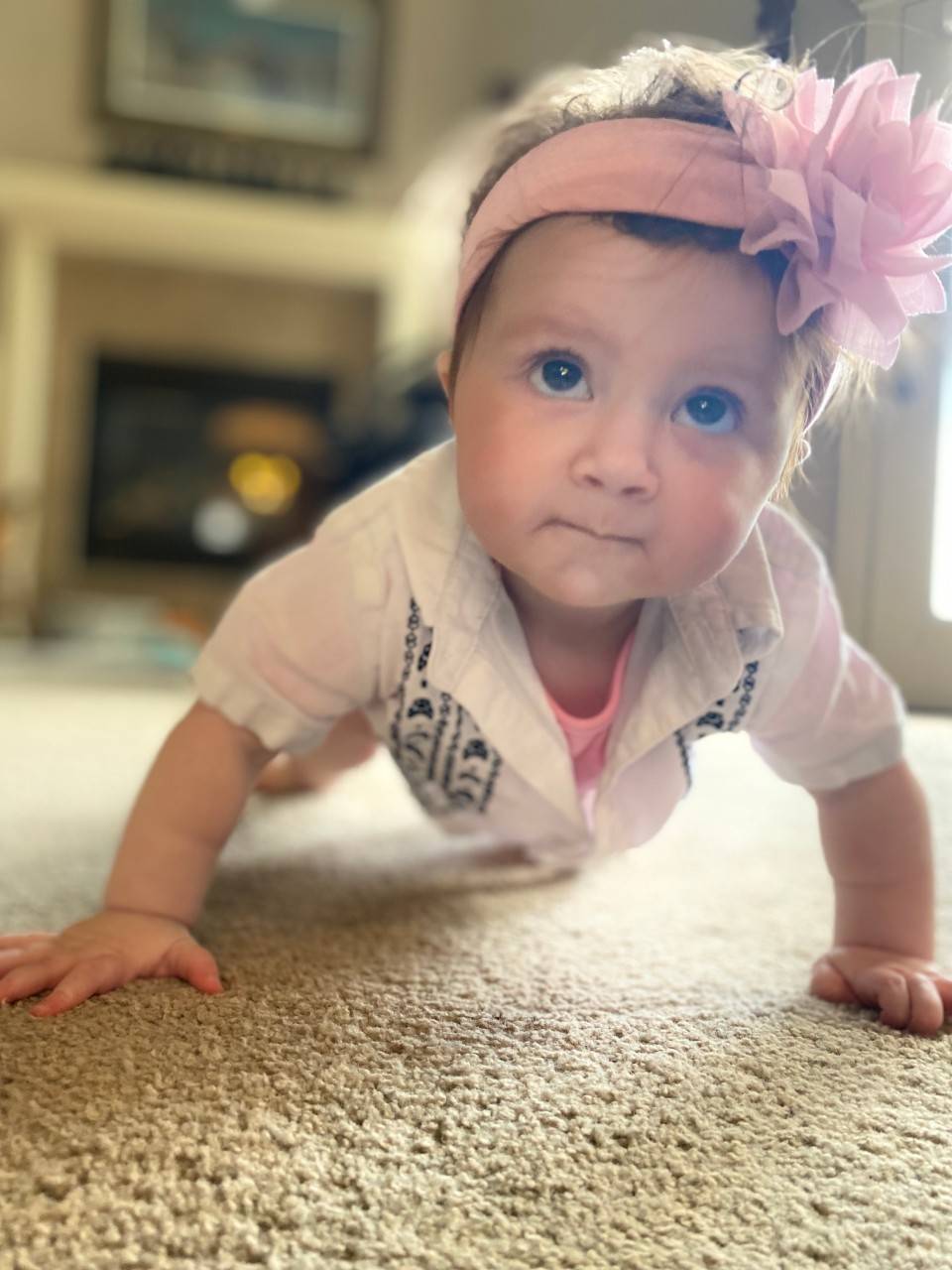 Happy and healthy now, Bertie Gaverick faced an uphill battle the moment she arrived on the scene in Bozeman, and without the generosity of blood donors, her story might have turned out much differently.

Nine-month-old Bertie Garverick is a wide-eyed explorer, determined to be a part of the action.

“She’s a very busy, observant young lady,” her mother Wren said. “She refuses to sleep because she just doesn’t want to miss out on what’s going on around her.”

Happy and healthy now, Bertie faced an uphill battle the moment she arrived on the scene in Bozeman, and without the generosity of blood donors, her story might have turned out much differently.

After a healthy pregnancy and a week before Bertie was due, Wren noticed that Bertie was no longer kicking or moving. An ultrasound showed a heartbeat, but no movement. After more tests, Bertie’s heartrate plummeted, and the doctors performed an emergency C-section. That’s when they determined that Bertie and Wren had suffered a maternal-fetal hemorrhage, a condition where the baby’s blood cells enter the mother’s bloodstream.

“So when she was born she was missing about four-fifths of her blood volume,” Wren said.

Bertie received two transfusions immediately in Bozeman before being flown to Billings, where she underwent therapeutic hypothermia, a treatment that helps prevent brain damage by lowering the body’s temperature. She received another blood transfusion there.

“It was terrifying, but we kept getting good news throughout the process, so we were able to focus on that,” Wren said.

In Billings, little Bertie began to bounce back quickly, eating well and passing all her tests. About eight days later, the Gavericks were back home in Bozeman. She’s had regular follow-ups with the developmental clinic, and an MRI shows no signs of brain damage. First steps aren’t all that far away.

“She’s been off the charts healthy and doing great ever since,” Wren said. “We had a rocky start, but she’s definitely a success story.”

To celebrate Bertie’s recovery and raise awareness of the importance of blood donation, Wren and her husband Michael are organizing a two-day In Honor of Bertie Blood Drive at the Red Cross Donor Center in Bozeman on July 5-6, from 10 a.m. to 2:15 p.m. both days. Wren is excited to see a lot of first-time donors have already signed up.

Without the generosity of donors like these, Wren said, things could have turned out much differently.

“If we wouldn’t have had those two units right away in Bozeman, I would have never gotten to meet her and if we hadn’t had more available in Billings she wouldn’t be the happy, healthy little gal that she is,” Wren said.

“It’s not just my life that has been changed by having our daughter with us, it’s that whole network of people who love me and were so terrified at that time that she wasn’t going to make it. Had we not had blood to give Bertie, it’s unthinkable the impact it would have had on this huge web of people.”

Never given blood before? It’s time to give it a try. A donation takes less than an hour and can save more than one life. Plus, you get juice and cookies afterward. Learn more and find a blood drive near you at RedCrossBlood.org or by calling 800-RED-CROSS.