Montana man gives his 120th pint of blood, builds friendships along the way

Montana man gives his 120th pint of blood, builds friendships along the way 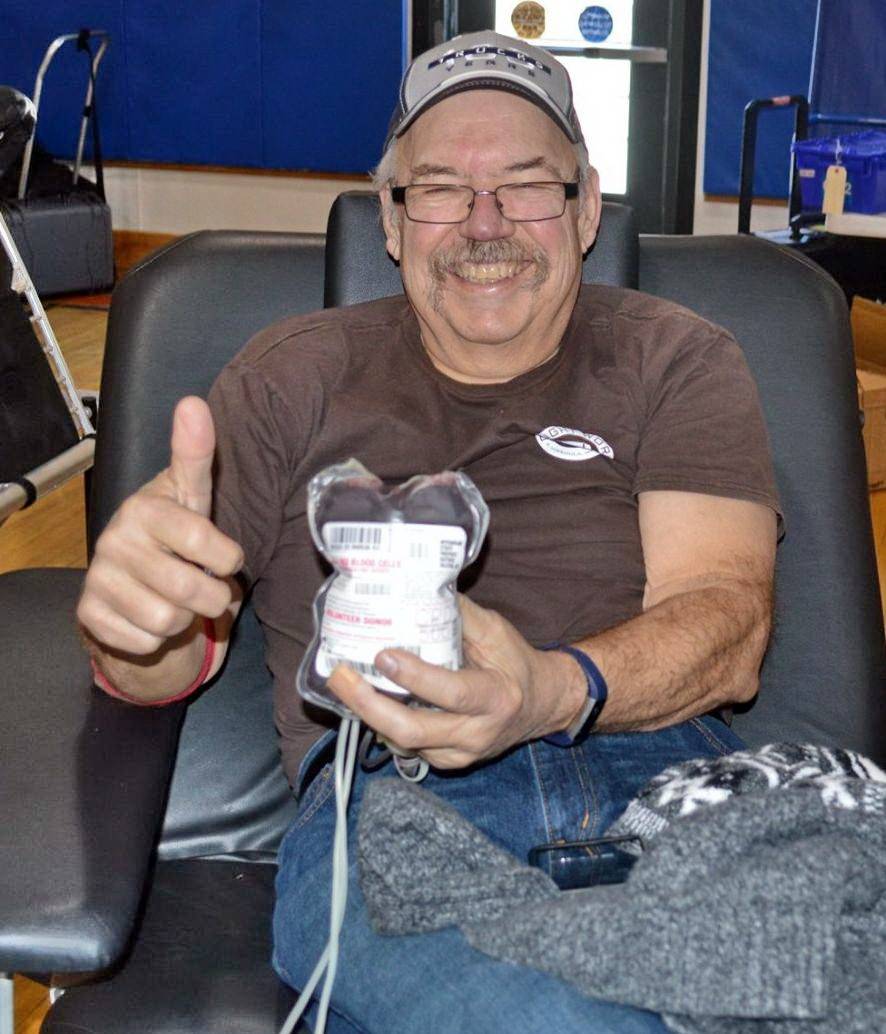 In early February, a retired law-enforcement official logged in to social media to tell the world, or at least the Big Sky State, of his milestone donation to the American Red Cross.

“Donated my 120th pint of blood today,” Steve Hurtig posted, alongside several photos. “That equals 15 gallons, all donated in Montana.”

Now retired after nearly four decades in law enforcement across the Hi-Line, the 63-year-old Shelby man spends much of his time on his amateur photography. Photography brings him joy, as do his regular Red Cross blood donations.

He said donating blood allows him to help others while forming deep friendships with volunteers, donors and the nonprofit’s employees. One of those people is phlebotomist Colleen Finch, who has been on hand for at least half of Steve’s donations.

“Colleen has become a friend of mine,” he said. “With donating three to four times over any year you really get to know someone.”

He has seen the other side of blood donation, too. After a hip replacement a few years ago, Steve began to bleed while putting his full weight on his leg and needed two pints of blood during recovery.

“And that cost me a full year of donations because there’s a rule about donating for a certain time after you receive donor blood,” he explained, adding that it was tough not being able to give.

A type A positive donor, he tells of being called in to donate his specific blood type for a specific recipient.

Steve said his wife also tried to become a blood donor, though it didn’t work out.

Steve knows that donating blood is never entirely the same for any two people, though a general fear of needle pokes is fairly universal.

“That is the same with everybody I guess,” he said. “I hate needles, too. I have just always turned my head during donation, and it wasn't until about the last five years that I’ve been able to watch. I don’t even feel the stick now. I sit there and watch the whole thing.”

His long history as a blood donor began as his law-enforcement career was just getting started in Plentywood.

“I was a young guy on the force, and one day my chief, an older guy, came over to me and said. ‘Let’s go have lunch,’” he said. “When we got to the destination we were going to eat, it was a blood draw.”

In addition to his nine years in Plentywood, he also worked in community law enforcement in Libby, serving as a sheriff’s department detective. He retired 15 years ago from that Lincoln County position.

Hurtig has also served as a federal border patrol officer and customs official, working at the Sweetgrass Port of Entry in Toole County and then became a port director at Whitlash.

He jokes about how working in Sweetgrass fit perfectly with his blood donation schedule. It was a one-hour drive from his federal job back to Shelby and the donation site, and he often got there just in the nick of time.

“When the donation site closed at 6 p.m., the crew knew it was almost time to head home when they saw me coming through the door,” he said.

A blood donation takes about an hour from start to finish, but the actual donation itself takes only eight to 10 minutes and can save up to three lives.