Legislators of the Year 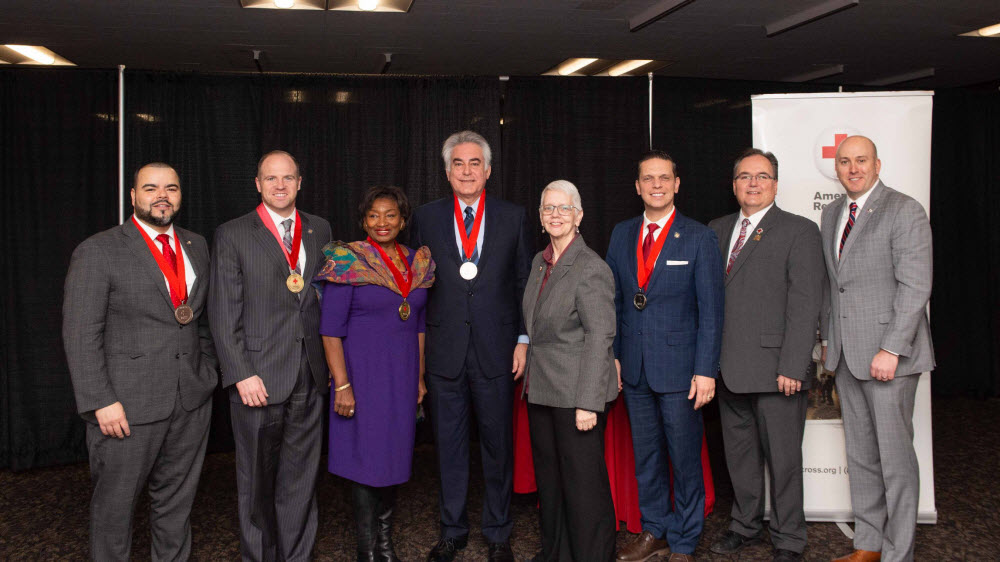 “We are so grateful for the partnership we share with our legislators across the state. Their commitment to improve the lives of their constituents aligns with the Red Cross’ mission to prevent and alleviate human suffering in the face of emergencies. They each share in our humanitarian spirit and we are honored to recognize them for their efforts to help build more resilient communities,” said Susan Rounds, Gary Striar, and Alan H. Turner II, the three CEOs of the American Red Cross Regions in New York State.

2020 Legislator of the Year Background

In the Greater New York Region, Senate Majority Leader Andrea Stewart Cousins was recognized for her involvement in the Missing Types Campaign, an annual effort by the Red Cross to raise the awareness of the need for blood donations. In addition, Leader Stewart Cousins also rolled up her sleeves to install smoke alarms in Yonkers, NY, during the Red Cross’ 2019 South the Alarm Campaign. The Sound the Alarm campaign helps to raise awareness of the importance of having working smoke alarms.

Also, in the Greater New York Region, Asm. Marcos Crespo was recognized for his support of humanitarian relief efforts on Puerto Rico after Hurricane Maria, including the work of the Red Cross. Asm. Crespo also served as a Red Cross Champion for the Sound the Alarm campaign in the Bronx, helping protect local residents from the dangers of home fires.

In the Eastern New York Region, Asm. Angelo Santabarbara was recognized for his longtime support of the American Red Cross and his frequent participation in events. Asm. Santabarbara served in the United States Army Reserve for eight years and has remained involved with local veterans’ service organizations since his honorable discharge in 1998. He is the founder of the first AMVETS Post in his hometown of Rotterdam and served as Post Commander from 2012-2015. Asm.  Santabarbara has participated in several Red Cross telethons to support disaster relief and is currently partnering with the Region for its Sound the Alarm signature smoke alarm installation event in Amsterdam this Spring.

In the Western & Central New York Region, Senator Tim Kennedy was recognized for his support of the Sound the Alarm campaign, which has saved 699 lives across the country, including 25 in the Western and Central New York Region, by installing free smoke alarms. Sen. Kennedy also works to prepare his constituents to respond to disasters by hosting several Citizens Preparedness Corps trainings in his district. Finally, Sen. Kennedy has been a constant advocate for the importance of blood donation.

The Western New York Region also recognized Senator Joseph Robach for his longtime support and his participation in several telethons after a series of severe hurricanes, including for victims of Hurricane Maria. His personal presence and efforts helped pack three trucks of supplies and raise almost $50,000 for disaster victims. Sen. Robach is also recognized for his longstanding commitment to the well-being of our local military heroes. By sharing information on Red Cross Services to Armed Forces program with his constituents, and attending the annual Greater Rochester Military Reconnection Brunch, he has helped ensure our heroes receive the support and recognition they deserve.

The Western New York Region also recognized Asm. Al Stirpe for his annual sponsorship of a community blood drive in July – one of the largest drives in Central York. In 2019, the drive brought in 146 units, and since 2007 he has helped the Red Cross collect nearly 1,500 units of lifesaving blood. In addition, Adm. Stirpe has helped raise awareness of a campaign that has saved 699 lives across the country, including 25 in Western and Central New York, by installing free smoke alarms.

This is the second year the American Red Cross in New York State has recognized New York State legislators for their work alongside the Red Cross. In 2019, the legislators of the year were Asm. Richard Gottfried, Asm. Crystal People Stokes, Sen. Thomas O’Mara and Asm. John McDonald.

Learn More About the Red Cross in New York 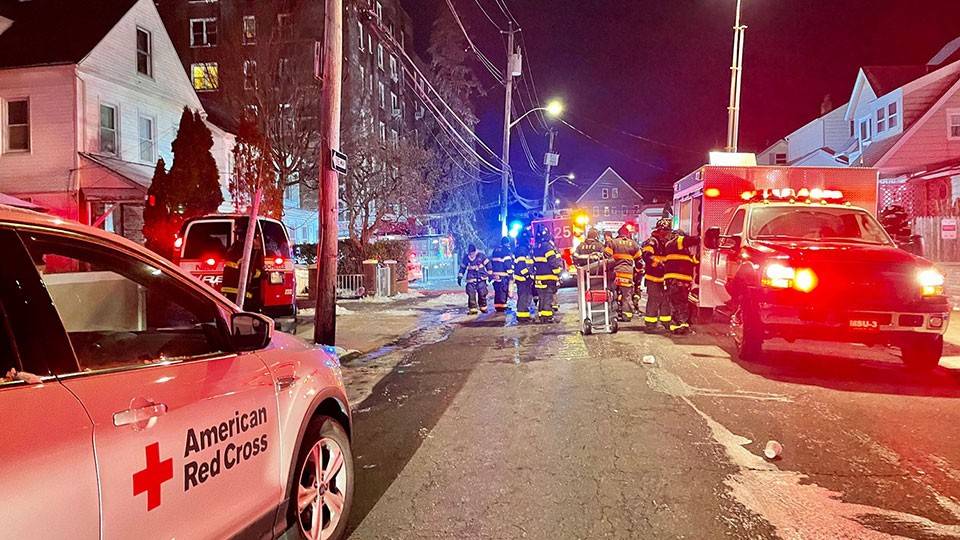