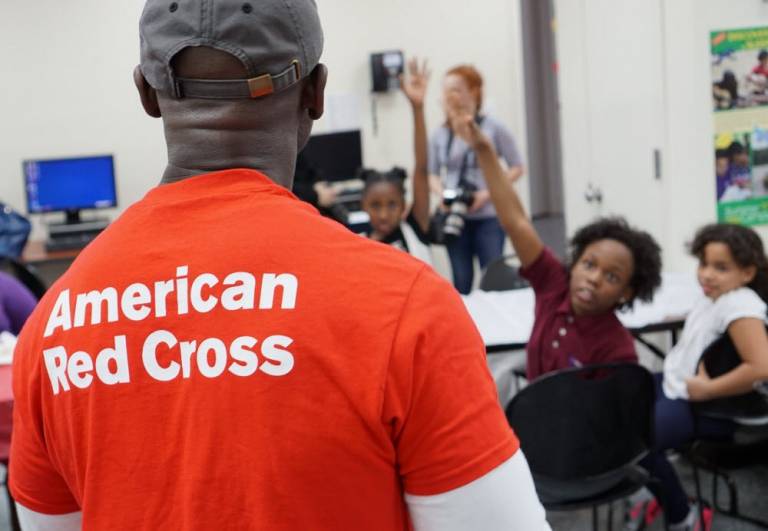 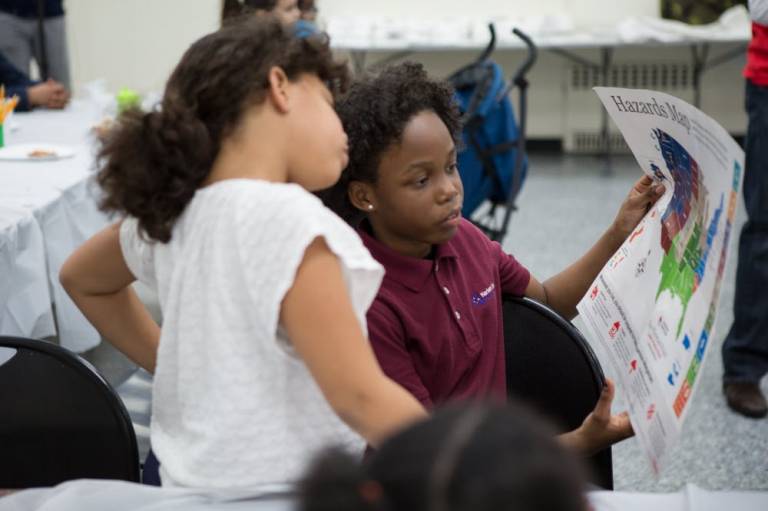 NEW YORK— On Thursday, January 24, the American Red Cross in Greater New York kicked-off its partnership with Win, the largest provider of shelter for homeless women and children in New York City, by bringing The Pillowcase Project, an emergency preparedness program designed for children, to a family shelter in Harlem.

Over a dozen children enjoyed a pizza dinner followed by an interactive learning session focusing on disaster preparedness. The Pillowcase Project, sponsored by Disney, aims to increase awareness and understanding of natural hazards, teach safety and emotional coping skills, as well as the importance of personal preparedness for children ages eight to 11. Each child received their own pillowcase to decorate and learned how they can be used to transport essential items during a disaster.

Disney has contributed to the creation and expansion of The Pillowcase Project since 2012, and as a member of the Annual Disaster Giving Program (ADGP), Disney helps ensure the Red Cross is able to respond immediately after disasters at home and around the country.

“The Red Cross is committed to helping families and individuals prepare for the disasters lage and small. We are thrilled to partner with Win and bring these critical skills to such an important group of children," said Rosie Taravella, Interim CEO, American Red Cross in Greater New York.

Since its launch in the Greater New York region, trained Red Cross volunteers have educated close to 16,000 children across NYC, Long Island and the Lower Hudson Valley.

“We are thrilled to launch our partnership with the Red Cross in helping better prepare our children for the unexpected,” said Christine C. Quinn, President and CEO of WIN. “Children who live in shelter have already faced an enormous amount of trauma in their lives. Natural disasters can add to this trauma, which is why we are so thankful for programs like The Pillowcase Project that help better prepare them for these unexpected events. If, and when a disaster strikes, they will be equipped with the tools, confidence and skills necessary to keep themselves and their families safe.”

Win is the largest provider of shelter for homeless women and children in New York City, serving nearly 12,000 homeless people in the past year.

ABOUT THE AMERICAN RED CROSS

The American Red Cross shelters, feeds and provides emotional support to victims of disasters; supplies about 40 percent of the nation's blood; teaches skills that save lives; provides international humanitarian aid; and supports military members and their families. The Red Cross is a not-for-profit organization that depends on volunteers and the generosity of the American public to perform its mission. For more information, please visit redcross.org or visit us on Twitter at @RedCrossNY.

Red Cross Volunteer Uses Training to Help Both While at Home and Deployed
Robert Bernstein
.type=article.p=1
View All
/content/redcross/en/local/new-york/greater-new-york/about-us/news-and-events/news/teach-preparedness-to-homeless-youth-in-nyc