Two Countries and Two Languages: A Calm Voice During Disasters

Two Countries and Two Languages: A Calm Voice During Disasters 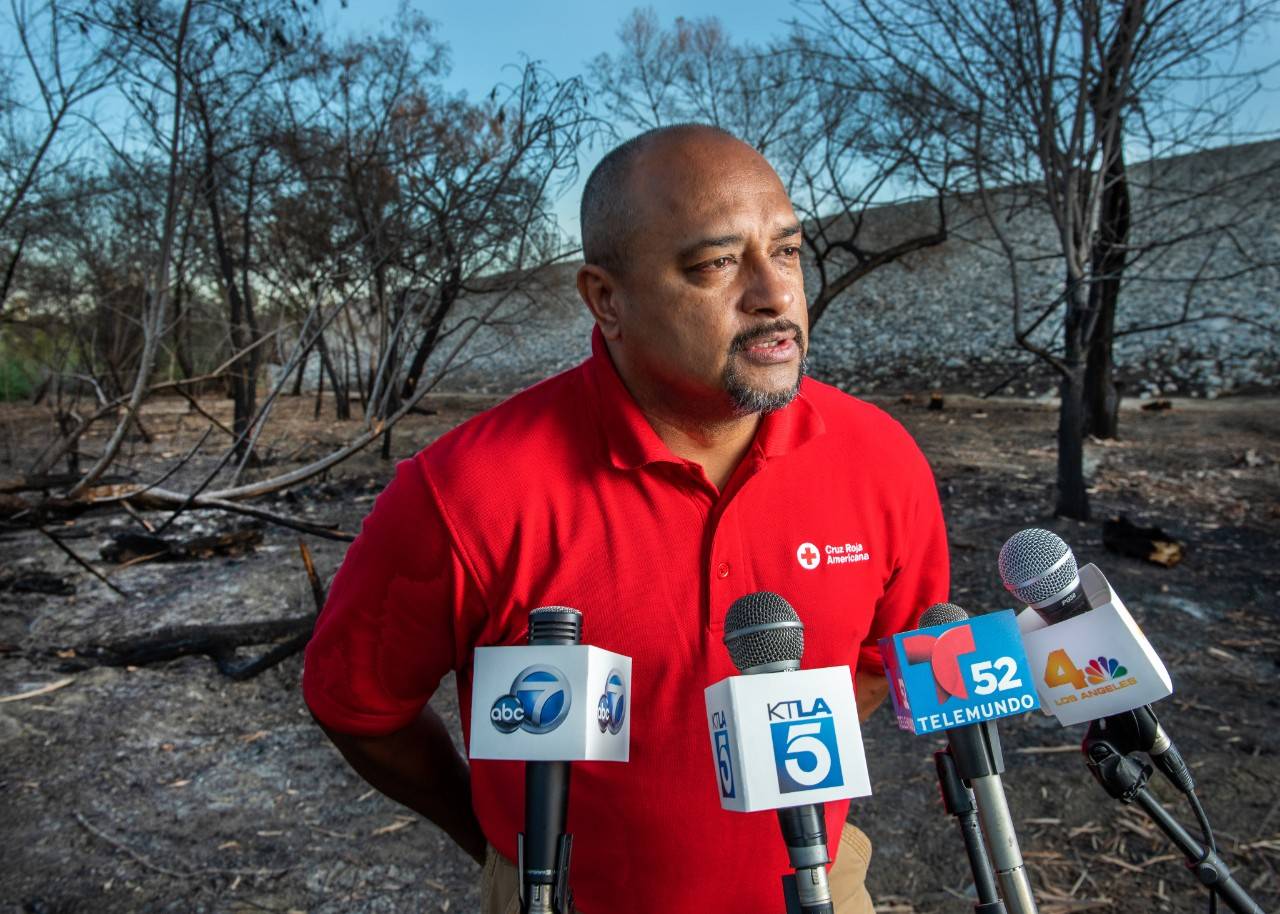 As a teenager in 1989, Ricardo Alterno joined the youth program at the National Society of the Costa Rican Red Cross. Given the option to choose between the Boy Scouts or Red Cross, Ricardo chose the latter, as the Costa Rican Red Cross had a medical ambulance service Ricardo would later train for and join when he turned 18. His mother’s poor health also influenced his decision – he wanted to be useful if anything happened to her.

In 2007 Ricardo moved to Los Angeles and immediately joined the American Red Cross as a disaster responder, but it was the Northridge Metrolink crash in 2008 that first placed Ricardo in front of the news media’s cameras. Ricardo was able to provide critical information to Spanish speaking communities regarding Red Cross services available to those affected by the tragedy.

Following that experience, Ricardo gained the training needed and became a public affairs spokesperson for both the local Los Angeles region and national events. Following the 2011 Haitian earthquake, Ricardo was instrumental in providing information to the Spanish speaking public and media on the many ways the Red Cross provided support.

“It is important to me to explain in Spanish how the Red Cross is helping. Many Spanish speaking people in Los Angeles come from countries where the Red Cross provides different services, and there can be confusion on what to expect” share Ricardo, “I love what we can do for people as an organization, it’s why I wake up in the middle of the night to go out and help people I don’t know”.

Ricardo has become a familiar face around the Los Angeles region, both amongst Spanish media partners, and the Spanish speaking public who see him on TV as a spokesperson for the Red Cross. Ricardo travels almost weekly for work, yet he never forgets to pack his Cruz Roja work shirt. There have been dozens of times Ricardo needed to provide last minute interviews and remains prepared to jump into an interview no matter where he is in the country.

“I love what we can do for people as an organization, it’s why I wake up in the middle of the night to go out and help people I don’t know”.

Ending a Vacation as a Hero
Why Home Fire Risks Increase at Thanksgiving
.type=article.p=1
View All
/content/redcross/en/local/california/los-angeles/about-us/news-and-events/news/faces-of-the-mission--ricardo-altero