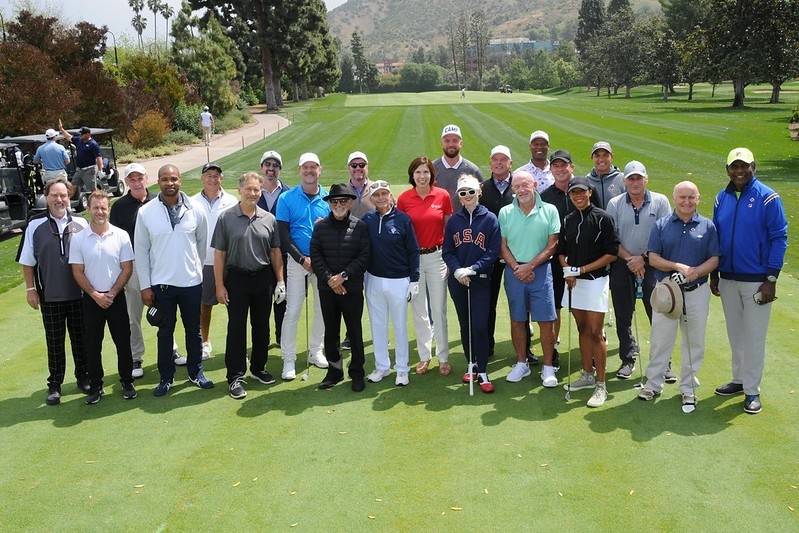 LOS ANGELES, April 13, 2022 —This past Monday, April 11, actors Ray Romano (“Everyone Loves Raymond”), Joe Pesci (“Good Fellows”) and Kathryn Newton ("Big Little Lies”) led the lineup of nearly 100 golfers, who took to the greens for the seventh annual Red Cross Celebrity Golf Classic. The golfers, which included Hollywood celebrities and world-class athletes gathered at the first in-person Red Cross event post-COVID-19. With the goal of raising awareness and financial support for the community to better prepare for and recover from disasters, the tournament was a great success.

The star-studded event included Mark Paul Gosselaar (“Saved by the Bell”), former California Angels player Wally Joyner, NBA coach and former LA Lakers player Byron Scott, and Jonathan Banks (“Breaking Bad”). After a festive and sunny afternoon of play, the tournament continued as guests dined at the clubhouse and participated in an opportunity drawing and awards ceremony that was emceed by nationally syndicated sportscaster Rich Eisen.

“Angelinos are known for coming together when fires and earthquakes strike and threaten to strike our beloved community,” said Joanne Nowlin, CEO of the Red Cross Los Angeles Region. “That’s the true spirit of Los Angeles. This was evident at the golf classic, which brought out many celebrities to support our relief work in the immediate aftermath of disasters. We are thankful to all those who agreed to tee up and celebrate the Red Cross.”

The 2022 Celebrity Golf Classic was sponsored by:

The American Red Cross shelters, feeds and provides comfort to victims of disasters; supplies about 40% of the nation's blood; teaches skills that save lives; distributes international humanitarian aid; and supports veterans, military members and their families. The Red Cross is a nonprofit organization that depends on volunteers and the generosity of the American public to deliver its mission. For more information, please visit redcross.org/la or CruzRojaAmericana.org, or follow us on Twitter at @RedCrossLA or @CruzRojaLA.