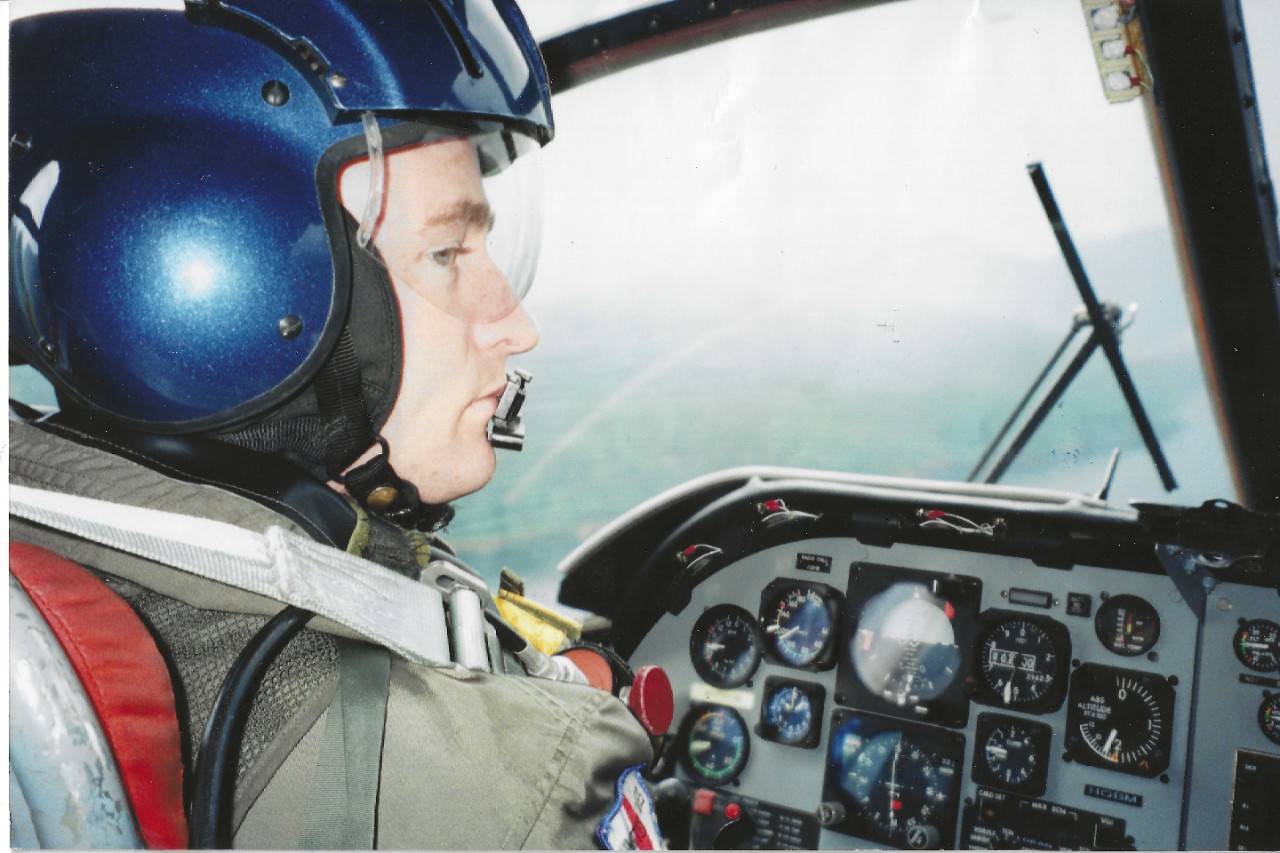 Pictured here is U.S. Coast Guard veteran Sean Mahoney during his time in service. Now, Mahoney is giving back to his country and community a second time as Regional CEO of the American Red Cross Southern California Region. Photo courtesy of Sean Mahoney.

“There are many similarities between the Red Cross and the service. Both are meaningful careers that rely on teamwork, flexibility and responsiveness. Like the armed forces, the Red Cross is also a family, and our employees and volunteers share a strong connection through our experiences and service.”

The American Red Cross Southern California Region is proud to honor local veterans making a difference every day. In communities across SoCal, many veterans are serving their country a second time through their work with the American Red Cross. These hometown heroes can be found supporting the Red Cross mission as staff and volunteers across all lines of service, and as Red Cross certified instructors and trainers in the community. Read on for a Q&A to learn more about how one of these heroes, Sean Mahoney, is making an impact as the Regional CEO of the Red Cross Southern California Region.


When you served in the military, did you ever receive Red Cross services, or cross paths with the Red Cross?
Sean: My first unit was the USCG Cutter MORGENTHAU. My wife, Christine, and I moved to Alameda, California for the new assignment a month after we were married in our hometown in New York State. The ship had a crew of about 180, and the Ombudsman, our Chief Quartermaster’s spouse, held a pre-deployment briefing before we were scheduled to depart on a patrol. She had been through many deployments and told the families that if any emergencies occurred while we were underway, they should immediately call the Red Cross (there wasn’t an app then!). It comforted the spouses to know there was a way to send word if something happened. I was the Comms Officer, and sadly, when we deployed to the Bering Sea, the father of one of the petty officers in Comms suffered a sudden stroke. The ship received a “Red Cross Message,” and we notified him as compassionately as we could. Fortunately, the ship was able to pull into one of the Aleutian Islands, and he returned home on emergency leave to attend services with his family.

A couple years later, Christine served as a Red Cross volunteer, assisting in a pharmacy at the Naval Health Clinic in Milton, Florida. The staff valued her time, and it was a rewarding experience for her.

In 2008 we were stationed in Texas, and I had the chance to see the Red Cross in action again, supporting people our Coast Guard aircrews had rescued from barrier islands and rooftops as a major Hurricane struck the Gulf Coast. A warm meal, a blanket, and a cot meant the world to those survivors who were drenched and cold, and had lost their homes from the sudden storm surge.

What is the biggest takeaway from your time in the military? What do you remember most?
Sean: I learned that anything can be accomplished if you’re part of a strong team and have the will and persistence to make it happen. The training and missions – especially maritime Search and Rescue (SAR) cases – were exciting and rewarding.

I remember the camaraderie, and the pride in belonging to something bigger than yourself. The service is like a supportive family with many things in common. Service members, veterans, and our military families have an immediate connection from their similar experiences, even years after leaving active duty.

How does it feel to know that you are able to serve your country a second time through your work as the Red Cross Southern California Region’s Regional CEO? Are there any parallels between your military service and the Red Cross?
Sean: I was thrilled to join this organization! The Red Cross has a terrific reputation in the armed services and across our country, and it is a privilege to be a part of such an effective humanitarian organization.

There are many similarities between the Red Cross and the service. Both are meaningful careers that rely on teamwork, flexibility and responsiveness. Like the armed forces, the Red Cross is also a family, and our employees and volunteers share a strong connection through our experiences and service.

What is your favorite thing about the Red Cross?
Sean: It’s an honor to work alongside so many selfless people who are inspired by our mission. I’m proud to be a veteran and a member of the American Red Cross!