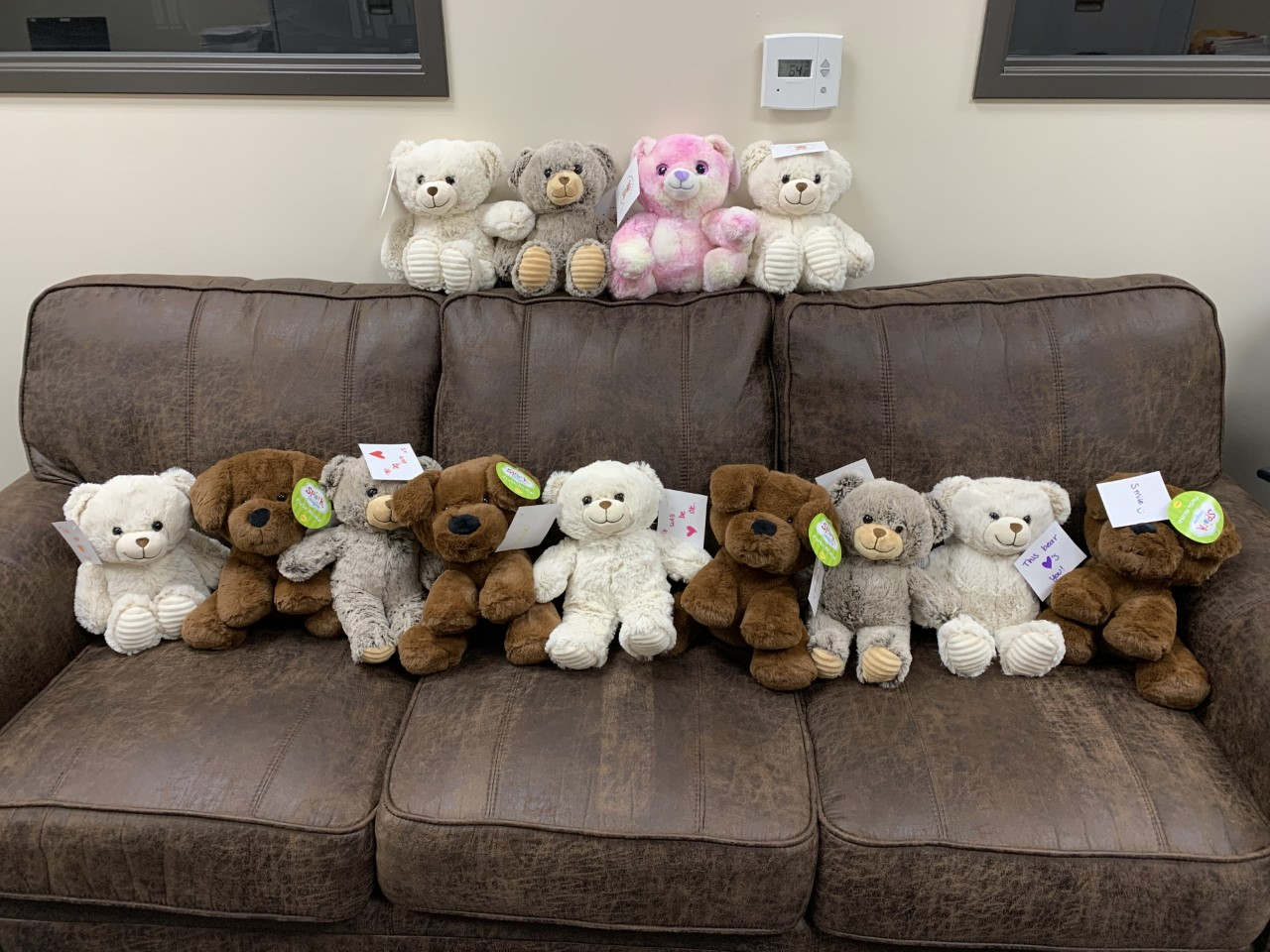 Teddy bears and plush toys donated by Mimi Hymel to the American Red Cross of Riverside County will be given to children affected by home fires, wildfires and other disasters.

A four-year-old coping with a profound loss that turns her world upside down can be devastating.

Mimi was four when Hurricane Katrina hit her hometown of New Orleans.

“Cuddles,” her teddy bear, had been her loyal companion. He went everywhere with her - even to preschool, and unfailingly to snuggle with her in bed.

When the hurricane struck, Mimi's parents had to evacuate quickly with time for only essential items. In the chaos, Cuddles was left behind. Little Mimi was lost without her buddy. In her mind, she worried that he could drown in the flood.

To make matters worse, her dad was not able to evacuate with the family. He was needed at the hospital where he worked. Phones were cut off. They had no idea where he was. There was upheaval everywhere. It was a scary time and a lot for one little girl to handle, especially without the comforting presence of her beloved teddy bear.

She could not get to sleep for weeks, up at night upset and crying. This kind of disruption is traumatic for adults and conceivably worse for children. There is a lot that they do not understand. All they know is that life is uncertain and frightening. Without a comfort toy companion, it is even harder.

Mimi’s parents knew that they had to find her a replacement bear. It took weeks until the stores opened and they were able to find her another stuffed animal that looked like the one she had. When they finally found one, he was introduced as Cuddles’ little brother. Mimi at long last felt better.

During this tumultuous time the American Red Cross provided shelter, food, moral support and resources to help them recover and heal, but according to Hymel there were no toys to help soothe children.

Rising from the ruins of her own unforgettable pain, Hymel, now 18 years old, wants to give children a way to find comfort in chaos.

She set up a drop box with the slogan: “Comfort Bears in a Catastrophe” at a store she partnered with.  She then sent out a request for stuffed toys on social media. She collected over 100 plush toys that she donated to the American Red Cross of Riverside County. These toys will be distributed by Red Cross volunteers responding to local emergencies, and will be given to children affected by home fires, wildfires and more.

Motivated by the generous response and a desire to make a difference, Hymel is now creating a non-profit organization to provide stuffed animals to traumatized children who have been through a disaster.

She will be giving updates and instructions on how to contribute on her Instagram @Mimihymel02.

She hopes that people will donate generously, and even attach small notes of encouragement to the toys in support of children in need. Thanks to Hymel, children affected by disasters will have a piece of comfort to hold onto when they need it most.

The Red Cross exists to provide compassionate care to those in need. It is through the generosity of donors and the power of volunteers that the Red Cross can perform its vital mission. Please give today at redcross.org/donate.