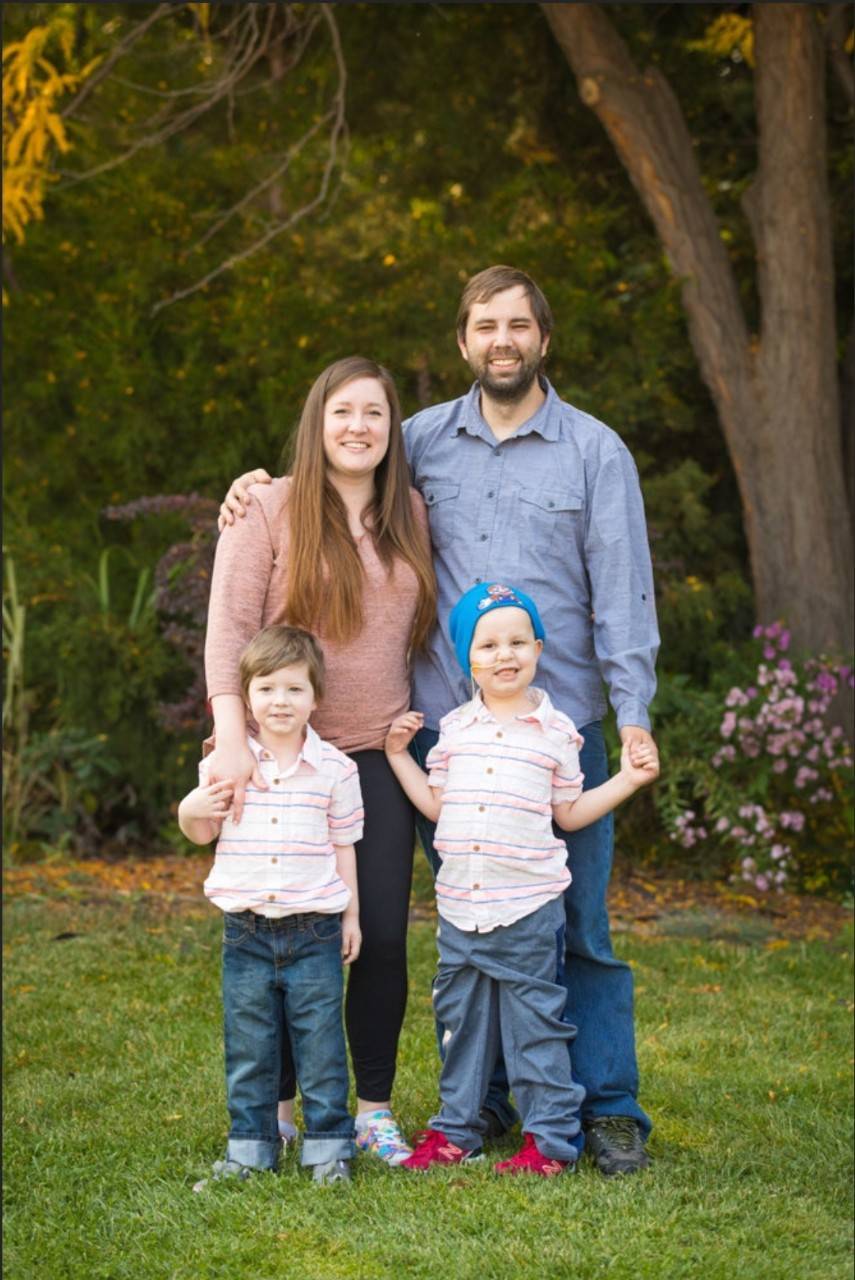 Seven-year-old James Winkelman and his family are fighting a difficult battle with leukemia, but they aren’t doing it alone. Generous Red Cross blood donors provide the blood products James and others like him count on.

September is Childhood Cancer Awareness Month. Below is the story of James Winkelman, a brave Caldwell 7-year-old battling leukemia, and the generous blood donors who have a played a critical role in his treatment.

What began as severe arm pain for a young Caldwell boy in 2019 turned out to be something much worse. Seven-year-old James Winkelman and his family are now fighting a difficult battle with leukemia, but they aren’t doing it alone. Generous Red Cross blood donors provide the blood products James and others like him count on during the incredibly difficult treatment process.

“Thank you so much,” James’ mom Savannah said to the blood donors who are helping her son.  “Because of you -- on my son’s worst days -- you made it better. You gave him energy. You gave him life to be a child during absolute hell. The donors are amazing, and these kids would die without them. That’s the honest-to-goodness truth because chemo wipes out their blood cells.”

Again, X-rays didn’t show anything significant but just before they got ready to leave, the surgeon asked if James was having fevers. The answer was yes, and that triggered added alarm. The doctor decided to give the X-ray a second look and schedule an MRI.

Four days later, that test revealed an abnormal bone marrow signal. The next morning a biopsy confirmed James had B cell acute lymphoblastic leukemia, a cancer that affects certain cells in the immune system. Thankfully the cancer wasn’t in his blood or spinal fluid and was treatable.

But that treatment is grueling.

During his first year of chemo, James lost his ability to walk three times, and at one point, was paralyzed from the neck down. He faced infections, fevers, nausea, frustrating physical therapy sessions and had a feeding tube for 10 months.

He also received much-needed blood products that kept his tired body going while the aggressive chemo treatments continued. In the early going, that blood was hard to come by however – a result of COVID-19 and challenges of collecting blood. That meant no transfusions unless James’ symptoms were severe.

“Cancer treatment is bad enough and to have a blood shortage on top of it was horrible,” Savannah said. “At that time, we were asking everyone to please donate.”

But eventually that shortage began to ease, and James received several platelet transfusions a week for two weeks and whole blood as well. 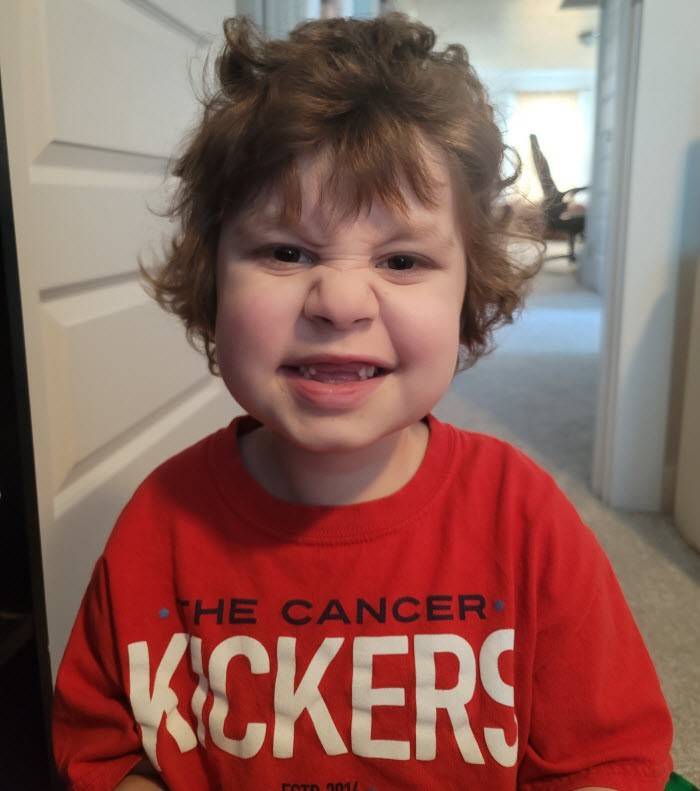 “It was rapid fire,” Savannah said.

And finally, James began to turn the corner.

A year and a half after his difficult diagnosis, James is a silly, video-game-loving 7-year-old. He enjoys playing pranks on his dad, Josh, and his little brother, Noah, and hanging out with his dog, Finn.

“James is a little sweetheart,” Savannah said. “He’s so cuddly and so loving, and if someone is sad, he’s just like ‘Here’s your daily hug. It’s OK.”

His hair has grown back, he’s off his feeding tube, but his daily chemo regimen continues, as it will for the next two years. He’s still battling infections and severe pain in his back and legs, but there’s finally some light at the end of what has been a long dark tunnel.

“He kind of rolls with the punches,” Savannah said. “For him, clinic is normal. You go in, you get a needle put in your chest, it doesn’t hurt, we do a superhero pose and you see your nurses. He loves his nurses. He’s like, ‘They’re my family.’”

“Right now, he’s doing really well. He’s working on getting his energy back and just being a kid again.”

“They are keeping our kids alive and allowing them to get these treatments to save their lives,” Savannah said.

“For those who are thinking about donating, I would just tell them this is massively impactful. And as a mom of a child with cancer, I am incredibly grateful when blood is available for my son so he doesn’t have to suffer longer than necessary.”

Cancer patients like James use about a quarter of the nation’s blood supply. For those undergoing chemotherapy, blood transfusions provide relief from some symptoms and improve their quality of life.

Schedule an appointment to donate blood or platelets today and be someone’s lifeline. Visit RedCrossBlood.org or call 800-RED-CROSS to find an opportunity near you.