Lacie Clark Supports the Armed Forces Around the World 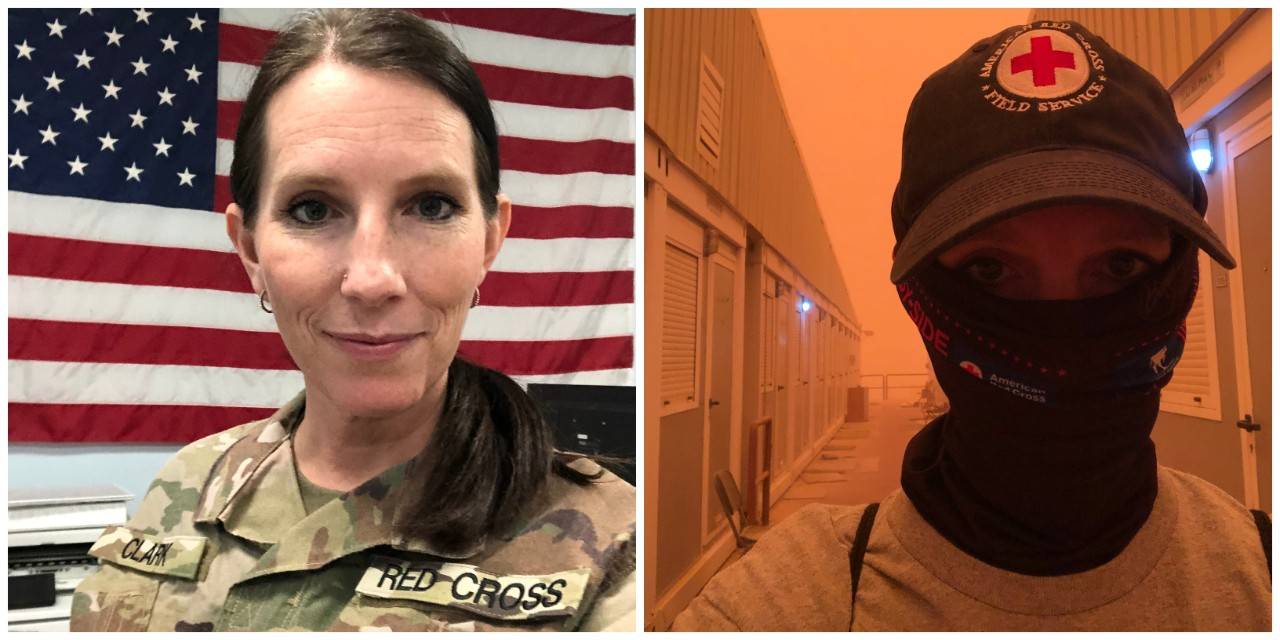 Lacie Clark deployed from her Spokane, WA home in 2022 to support Red Cross Services to the Armed Forces in Kuwait.

When Lacie Clark first volunteered for the American Red Cross, it was 2017 and she was a stay-at-home mom looking for something new to fill her hours. "When the kids went back to school, I needed something to do,” she says. The Red Cross sounded compelling, so she signed up and has been part of the organization ever since — first as a volunteer and now as a paid team member.

It’s no surprise that her years with the Red Cross have been spent in the Service to Armed Forces (SAF) program — the Red Cross function that supports members of the military, active and retired, and their families. While most Red Cross workers in the Northwest Region come aboard through one of the five chapters that make up the region, Lacie has a different story to tell. She joined the Red Cross at Mildenhall Royal Air Force Base in England where husband Jacob Clark, an American Air Force sergeant, was stationed.

She came with him to Spokane WA early in 2021, when Jacob was transferred to Fairchild Air Force Base. "The Red Cross was the only thing I could find to do overseas,” Lacie says. “They welcomed me in and gave me a chance to learn a lot of new skills — things I didn't know I would love doing.”

Lacie’s current title is Senior SAF Regional Program Specialist. The Northwest Region covers Washington and Northern Idaho and is awash with military installations of one sort or another. Headquarters for the regional SAF program, for instance, is Joint Base Lewis McChord (JBLM) near Tacoma. JBLM is the biggest military facility in Washington State and locates SAF headquarters not far from the Navy base and Navy hospital in Bremerton.

Lacie’s home base in Spokane also has plenty of military facilities close by. Fairchild AFB includes a variety of Air Force units including both the Washington and Idaho Air National Guard. One Air Force unit stationed at Fairchild is the 336th Training Group. Lacie’s husband Jacob is part of that unit, teaching SERE (Survival, Evasion, Resistance and Escape) to Air Force personnel.

SAF provides a wide range of support services for the military. As program specialist, Lacie helps manage SAF programs throughout the Northwest Region — casework, resiliency training and the rest. She is directly in charge of all the SAF offerings at the Red Cross’s two easternmost chapters: the Greater Inland Northwest chapter in Spokane and the Central & Southeastern Washington chapter in Kennewick.

One strange twist to Lacie’s story is how she transitioned from her time in England to her current job in Washington. In England, she played a key role in managing all the SAF functions the Red Cross carried out. She worked there as a volunteer until the COVID pandemic hit. At that point, all the paid Red Cross staffers in England were deployed elsewhere, and volunteers were hired as paid workers to fill the gaps.

The pandemic was still a factor when Jake and Lacie came to Fairchild. “Because everything was still virtual, I did my United Kingdom job from Spokane for six months before the U.S. job opened up,” she says. “Once the job did open up, I was transferred from England to the Northwest Region.”

In fact, her stay in Spokane did not last very long. “In February of 2022, they selected me to go to Kuwait,” she says. The Red Cross supports the overseas operations of the U.S. military with offices in various foreign bases, of which Kuwait is one. These overseas offices offer the usual range of SAF services. Her primary role in Kuwait, she explains, was to help U.S. service members throughout the Middle East and Africa cope with emergencies.

Lacie flew home to Spokane at the end of July, and returned to her SAF role in September 2022. She says she appreciated the opportunity to see the Red Cross at work out in the field serving military members who are on or near the front lines. “I welcomed the chance to see how we provide services to service members, not only at home but overseas as well,” she says.

Even though she only returned to her Spokane office a few months ago, she is already looking forward to another overseas posting. “I’ll deploy overseas again in another year,” she says.

Her choice for this next overseas posting would be Djibouti, in the Horn of Africa — home base for the U.S. Africa Command. Not only would she be delivering the gamut of SAF services to military members, but she would also teach courses in CPR and First Aid. “I really want to teach CPR and First Aid,” she says.

The American Red Cross supports America’s
military families. You can too as a #RedCrossVolunteer. Start by clicking here. 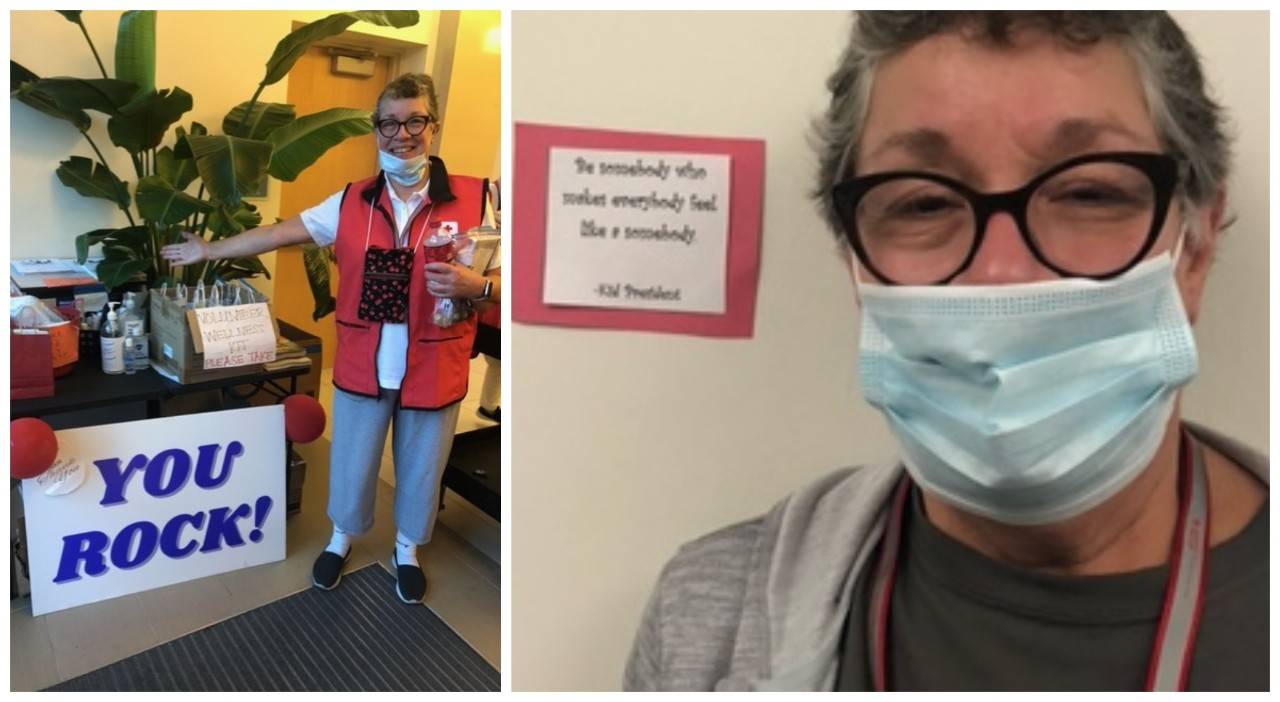 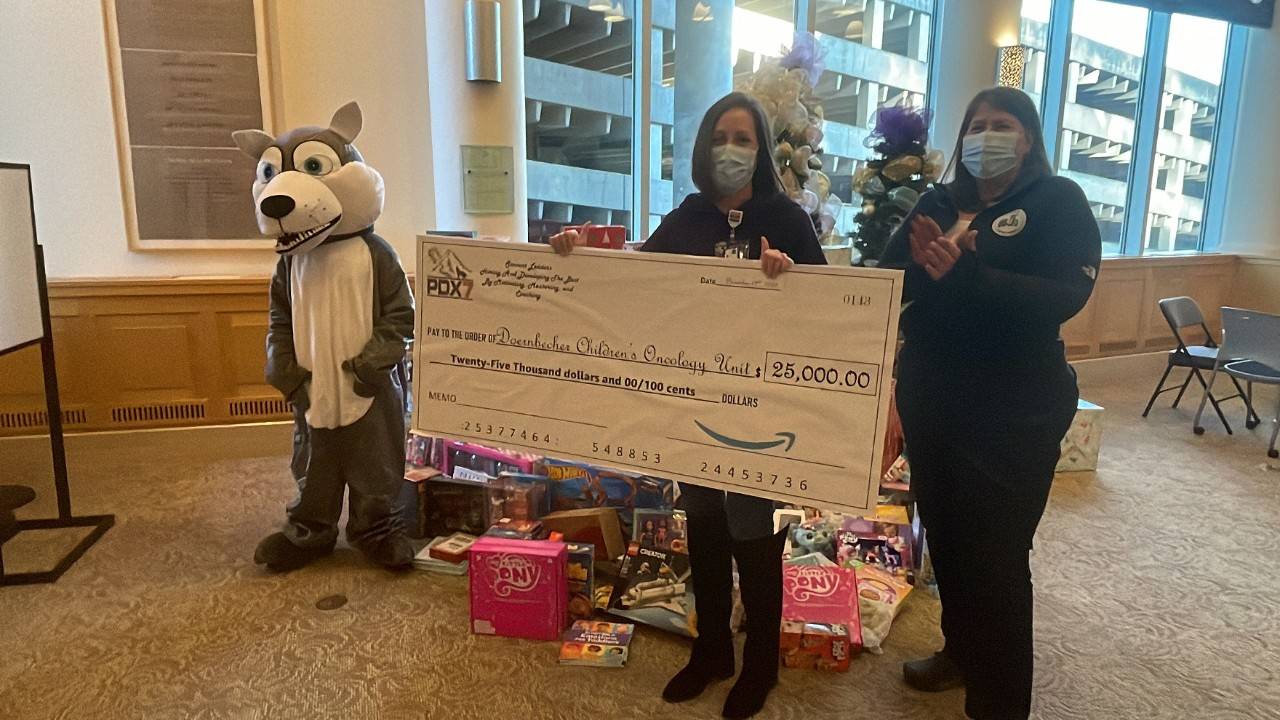 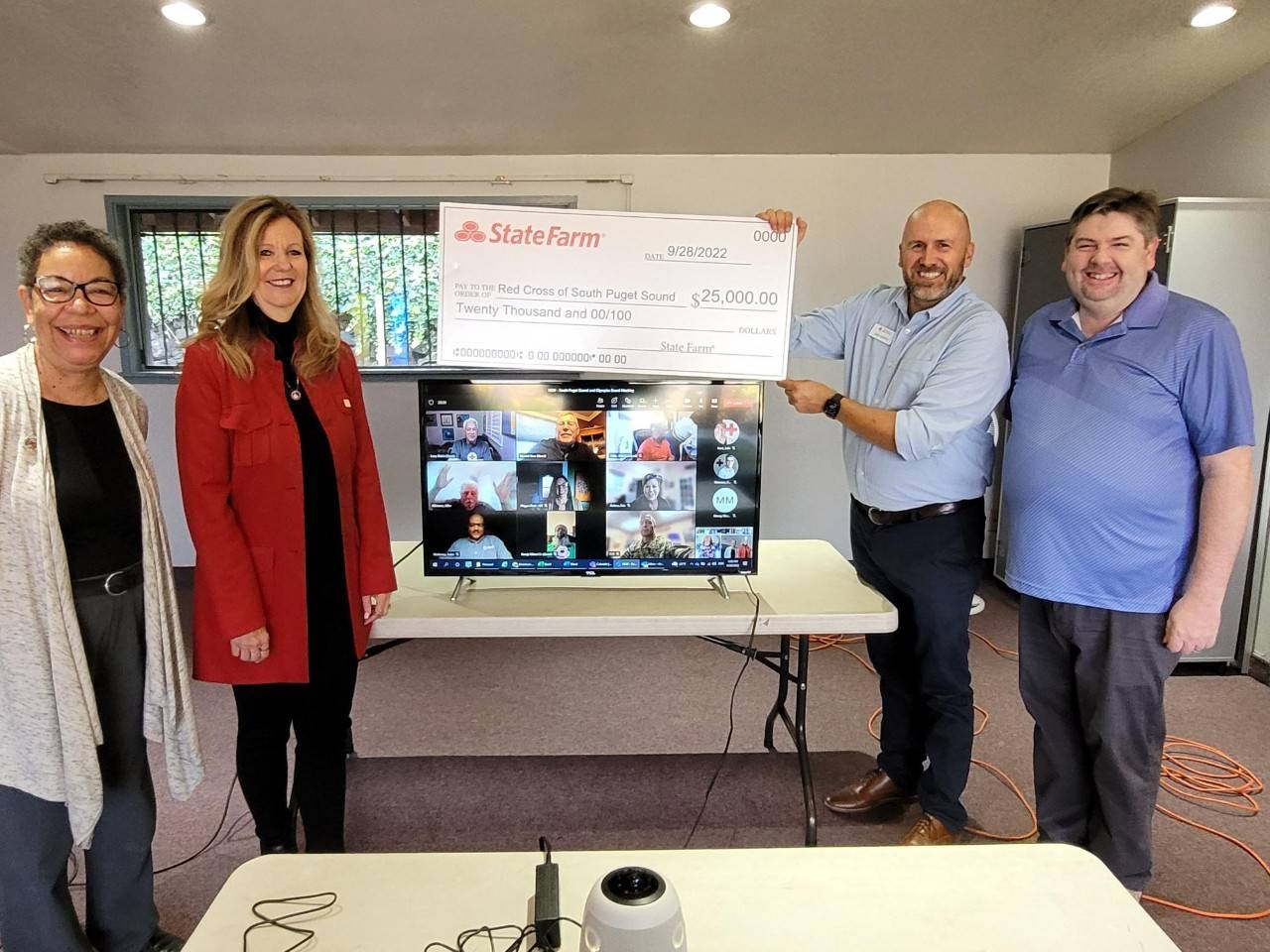 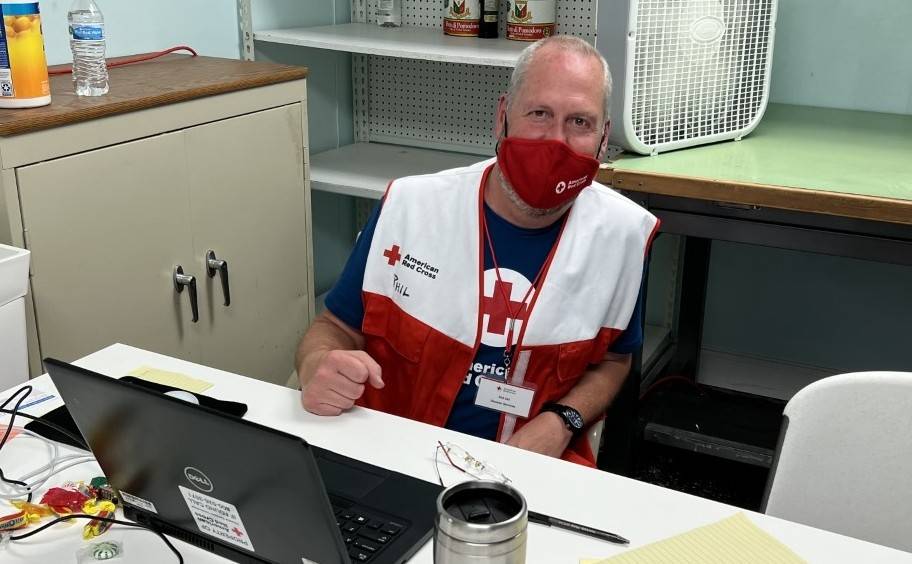