Red Crossers Serving Those Who Serve

Red Crossers Serving Those Who Serve at Twentynine Palms 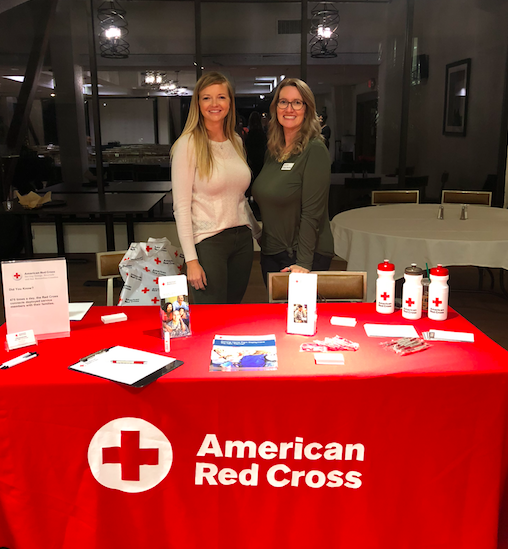 “Volunteering doesn’t require a huge amount of time and energy. If it’s something that you feel passionate about and you want to do, then we can certainly find something for everyone.”

The Marine Corps Air Ground Combat Center (MCAGCC) in Twentynine Palms is home to thousands of service members and military families, as well as contractors, civilians and volunteer organizations who support them. At Twentynine Palms – and beyond – the American Red Cross and its dedicated Service to the Armed Forces (SAF) volunteers help members of the military, veterans and their families prepare for, cope with, and respond to the challenges of military service.

The Red Cross supports dozens of military bases all over the globe, proudly providing vital services to the armed forces community at home and abroad. SAF provides information and referral services, facilitates Reconnection and Mind-Body Workshops, conducts pre- and post-deployment briefings, and offers a wide variety of services for military members, veterans and their families. Every day, the Red Cross provides 24/7 emergency communication services and supports programs in military and veteran health care facilities across the country and around the world. In 2019, SAF assisted more than 15,000 individuals in Orange, Riverside and San Bernardino Counties. Nationwide, the Red Cross has served more than 1 million military families since 9/11.

The mission of SAF is supported by dedicated volunteers and staff members from all walks of life, including many who are veterans. One of these volunteers, Tanya Stuckey, has been with SAF for over 12 years. A former Marine, she had seen the Red Cross helping her friends and colleagues during difficult times. When Tanya transitioned out of military service, she began volunteering for the Red Cross at Twentynine Palms, her last active-duty station. Tanya is currently a Reconnection Workshop Facilitator, working with military members, veterans, and their families as they cope with all aspects of deployment.

When people think of the Red Cross, they may think of emergency messages to deployed service members, blood drives and disaster relief, but Tanya stresses there are so many more services the Red Cross offers. “I think the Reconnection Workshops might be something that a lot of folks don’t know about,” says Tanya.

One of Tanya’s most meaningful workshop experiences took place in Anchorage, Alaska with World War II and Vietnam War veterans. While she had experience offering post-deployment workshops to veterans, they were usually only ninety days out of duty, not decades.

“For some of these veterans, it was the first time they sat down and discussed their experiences,” Tanya recalls. “Reconnection Workshops ease the stress that comes with the many transitions in military life. They were not available when these service members originally came home from deployment.” That is why Tanya was called upon to facilitate the workshop so many years later.

In addition to her Red Cross service, Tanya works at the Naval Hospital and is assisting with a partnership between the Red Cross and Marine Corps Family Teambuilding.

Since Twentynine Palms is such a close community, there are many ways to meet people. Dusti Coacher, now a Red Cross SAF Specialist at Twentynine Palms, is one of the coaches for the local kickball league. When she and her husband moved to the area, Dusti was told, “You have to volunteer, and you have to play kickball. That’s how you get to meet people.”

“I have been volunteering in different capacities for years because I feel getting involved and giving back to the community is vital for thriving during this season of military life,” says Dusti. “The mission of the American Red Cross has been dear to my heart since going through my [husband's] first combat deployment many moons ago, so I jumped on the opportunity when I learned volunteers are in high demand.”

As a SAF Specialist, one of Dusti’s main duties is following up on emergency communications messages. These are messages families can send to deployed military members through the Red Cross when an emergency happens at home. After an emergency message has been sent, the Red Cross reaches out to the family for follow up. Dusti makes those follow-up calls. “That’s really heavy because the call is taking place after a family has been hit with something pretty hard.”

In addition to her SAF work, Dusti also volunteers with the Navy-Marine Corps Relief Society and Marine Corps Family Team Building. For Dusti and her husband, volunteering makes everywhere they go a home.

Dusti encourages anyone with extra time to explore volunteer opportunities. “Volunteering doesn’t require a huge amount of time and energy. If it’s something that you feel passionate about and you want to do, then we can certainly find something for everyone.”