Volunteer of the Month Steve Deal 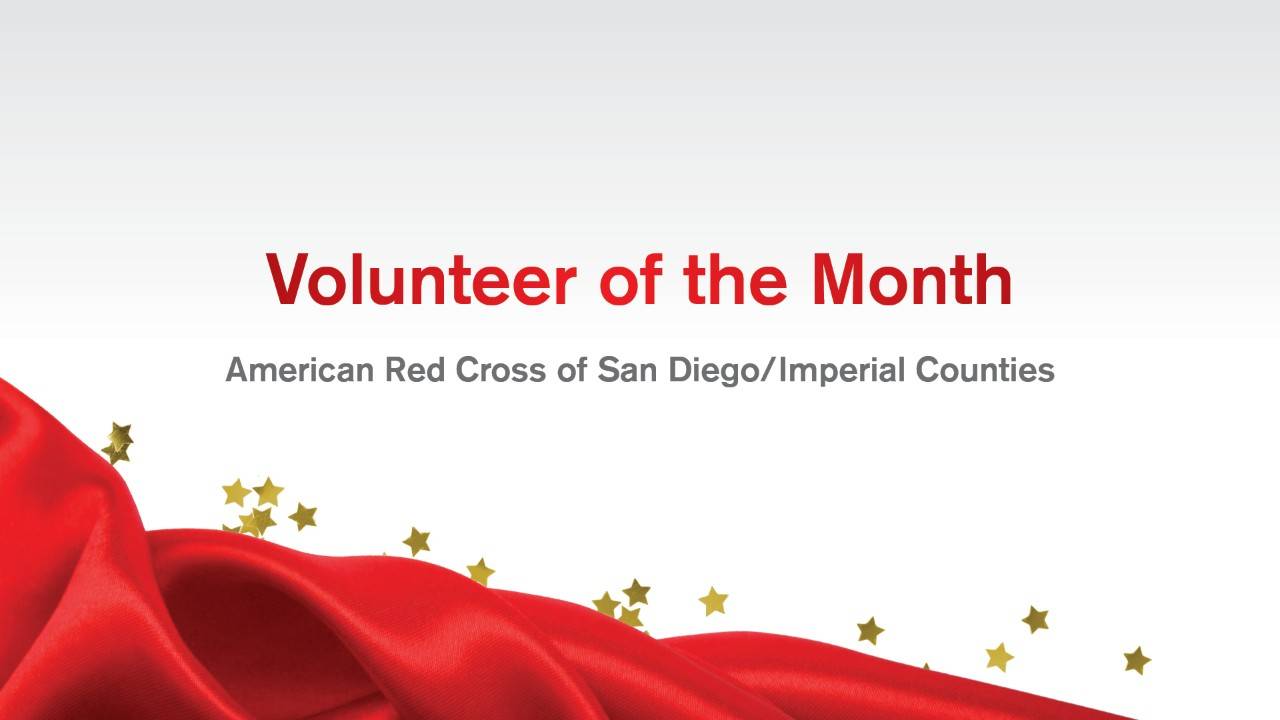 “I like the number of times I made a positive difference in somebody’s life. Somebody is safe and I was a part of that.”

Steve Deal is passionate about his message that disasters can instantly turn a comfortable life upside down. Life as you know it can change in a moment. According to Deal, the degree to which you are affected by a home fire or a large-scale disaster can be determined by how well you have prepared in advance.

Deal has had to comfort survivors of disasters who were unprepared. It is no wonder that Deal, recognized as the American Red Cross of San Diego/Imperial Counties’ August 2019 Volunteer of the Month, is such a big advocate of preparedness and is an expert preparedness presenter, teaching thousands of people to Be Red Cross Ready.

“We have important info to share. You get an audience eager to learn; what is better than that!” said Deal. “Our goal is to get people to actually do something. That is not easy. I take that as a personal challenge. My approach at first is to try to get them on the edge of their seat. I am not making anything up. When you really understand what life is like after a major earthquake here locally, what is going to happen, and what your options will be, if you are not scared you are not thinking. But that is not enough, you have to take action.”

As Deal recounted incidents that have stood out to him over the course of his volunteer experience, emotions quickly flooded back. Deal remembered the story of someone who left a candle burning while running to the store to grab a few items. A devastating home fire destroyed the uninsured home that belonged to her parent.

“The client had a meltdown in front of my eyes and it could have all been avoided given some basic preventive actions,” Deal said.

Each year, the Red Cross responds to an average of more than 62,000 disasters across the United States, the vast majority of which are home fires.

The American Red Cross Home Fire Campaign was launched in 2014 to avoid such tragedies. As part of the campaign, the Red Cross offers home fire education and free smoke alarm installations through the campaign’s Sound the Alarm events. Thanks to the efforts of Deal and his fellow Red Cross volunteers - as well as Red Cross partners - 627 lives have been saved nationwide since the start of the program, 1,817,262 smoke alarms have been installed and 752,393 households have been made safer. Deal is working tirelessly to increase these numbers in San Diego.

“We can always give more presentations,” said Deal. “We have got the horsepower. We are always looking to get more people to get the message out there, but we are ready to go. It is a way to circumvent and solve the problem. We talk about candle fires; how dangerous it can be; how easy it is to have a fire from cooking or too many plugs in extension cords. With just a few people taking actions, then they do not become a victim.”

Deal’s enthusiasm spreads to the innumerable roles he plays. Having been a CEO and founder of a large technology firm, he has put his innate problem-solving skills to good use at the Red Cross. Among his many duties, he is an extraordinary Regional Disaster Action Team (DAT) Program Lead. Part of those duties includes being on the National RCView DAT Dispatch Group Committee, a think tank and advisory committee to improve and unify Red Cross responses where possible.

“Providing high quality prompt service to our clients, to those in need, that is the goal. RCView is one of several things that are aligned - including supporting processes and procedures - to make that happen nationwide,” he said.

Impressed with the action-oriented focus of the Red Cross, before he even knew what happened, Deal had signed up to be a volunteer. That was four years ago. Since then he has done it all, including sheltering, feeding, mapping and logistics. If that is not enough, he is now also a Disaster Duty Officer (DDO) and DAT Team Lead South.

As coordinator he monitors North San Diego County, South San Diego County and Imperial County. He sends out communications to encourage everyone to get their shifts filled. As DDO, he is on the ready and often on-call, activating DAT, Feeding and Sheltering Teams according to need.

Deal enjoys the challenge of the unexpected on a DAT call. “You never know what you are going to encounter,” he said. “Not everyone is super duper happy. A lot of them are in shock. Bad things are happening. They are all over the map. Anything can happen. It is challenging and what I wanted. I can provide a quality service to these people regardless of the situation.”

A perfectionist, Deal likes to see things run effectively and smoothly. The big issue for him was understanding and acknowledging, especially with larger disasters, that he is going into a chaotic situation and has to figure out the actual needs.

“It takes time to make sense out of the chaos. You have to appreciate the difficult circumstances moving resources in and out of an area. It is monumental. I try to do my small part to see how we can work at our best locally.”

According to Deal, the Red Cross is great at empowering their front-line people. Unpredictable situations often arise and decisions have to be made. Management never admonishes and only supports the backbone of the organization, volunteers, resulting in an enthusiastic and hard-working volunteer workforce.

At the end of the day, Deal sums it up best: “I like the number of times I made a positive difference in somebody’s life. Somebody is safe and I was a part of that.”

For more information on how to become a Red Cross volunteer, please visit redcross.org/volunteer.