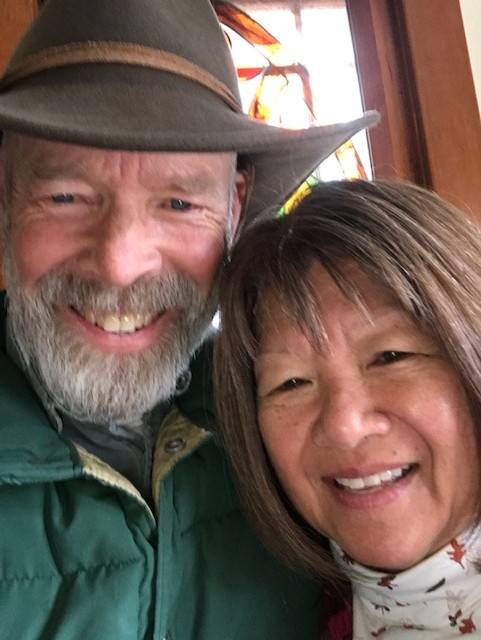 Just two months after Ed and Lucy Nilson had finished renovating their basement, floodwaters converged on their Red Lodge home. “We ended up with about five feet of water in the basement that of course took everything,” Ed said. Red Cross and its partners were there to provide assistance.

Just two months after Ed and Lucy Nilson had finished renovating the basement in their Red Lodge home, their work was wiped out in just a few hours.

On June 13-14, heavy rainfall followed by significant mountain snowmelt swelled rivers and creeks, including Rock Creek which runs just a block from the Nilsons’ home.

“There was so much water coming down,” Ed said. “It was a perfect storm.”

The Nilsons watched as water levels continued to rise, and at about 1:30 in the morning on June 13, they got a knock on their door from local law enforcement telling them they needed to evacuate. They headed to a nearby community church, hopeful that their home would be spared, but after a bridge washed out, the Rock Creek floodwaters changed course.

“We ended up with about five feet of water in the basement that of course took everything,” he said. “We had three trailer loads of drywall and carpet and a vanity and just stuff.”

Their backyard and detached garage also flooded, and the water was just one step away from spilling into the main floor of their home as well. The Nilsons evacuated for the next 10 days, staying at a friend’s house until power and water were restored.

As the Nilsons and their neighbors worked to regroup and recover, several organizations, including the Red Cross and Salvation Army, were there to lend a hand. They attended an event at the Red Lodge Civic Center where nonprofits and churches were available to talk about the help they could provide. Red Cross gave the Nilsons financial assistance they could use to help meet their most immediate needs and also provided them with a cleanup kit with items like a bucket, shovel and gloves they could use as they began the difficult process of cleaning their home.

“We appreciated everyone showing that care and compassion,” he said.

During its months-long response, the Red Cross and its partners served more than 4,900 meals and snacks to those impacted by flooding across the state, distributed 800 emergency kits, offered 460 people mental health support and spiritual care and delivered more than $60,000 in financial assistance.

Several months after the Nilsons evacuated their home in the early morning hours, they have made significant progress in re-renovating their basement. They have replaced their furnace and hot water heater and have begun to put up new drywall, but work like replacing the downstairs wiring is still ongoing.

There’s still much work to do throughout the Red Lodge community as well. The home across the street had to be torn down after floodwaters pushed their neighbor’s detached garage off its foundation and into their house, causing severe structural damage. Repairs also continue on key infrastructure like bridges and roads.

“It’s going to take a while to get back to where we were,” he said.

But despite everything they’ve been through and the challenges that still lie ahead, Ed said he’s thankful for the organizations and volunteers who delivered comfort and kindness when they needed it most.

“In these polarized times in our country it’s just wonderful to see how people came together,” he said. “People who just showed up to help us like the Red Cross. We will be forever grateful.”