This online event is free and open to the public. Please register by Wednesday, February 15, 2023.

As we celebrate Black History Month, we’re pleased to host this special speaker event to honor Dr. Charles R. Drew, who founded the Red Cross blood program in 1940. It’s also an opportunity to share the importance of diversifying our blood supply to help meet the needs of those with sickle cell disease, the most common inherited blood disorder in the U.S.

According to the Centers for Disease Control and Prevention, an estimated 1 in 13 Black or African American babies in the U.S. is born with sickle cell trait; blood transfusions, while not a cure, are one of the few treatments available to people living with sickle cell disease. To help ensure patients have the blood products they need, the Red Cross is working with our community to grow the number of blood donors who are Black through the Sickle Cell Initiative. Join the conversation to learn how you can help improve and extend the lives of those affected by sickle cell disease.

Visit the link below at the time of the event to watch live.
Watch Webinar » 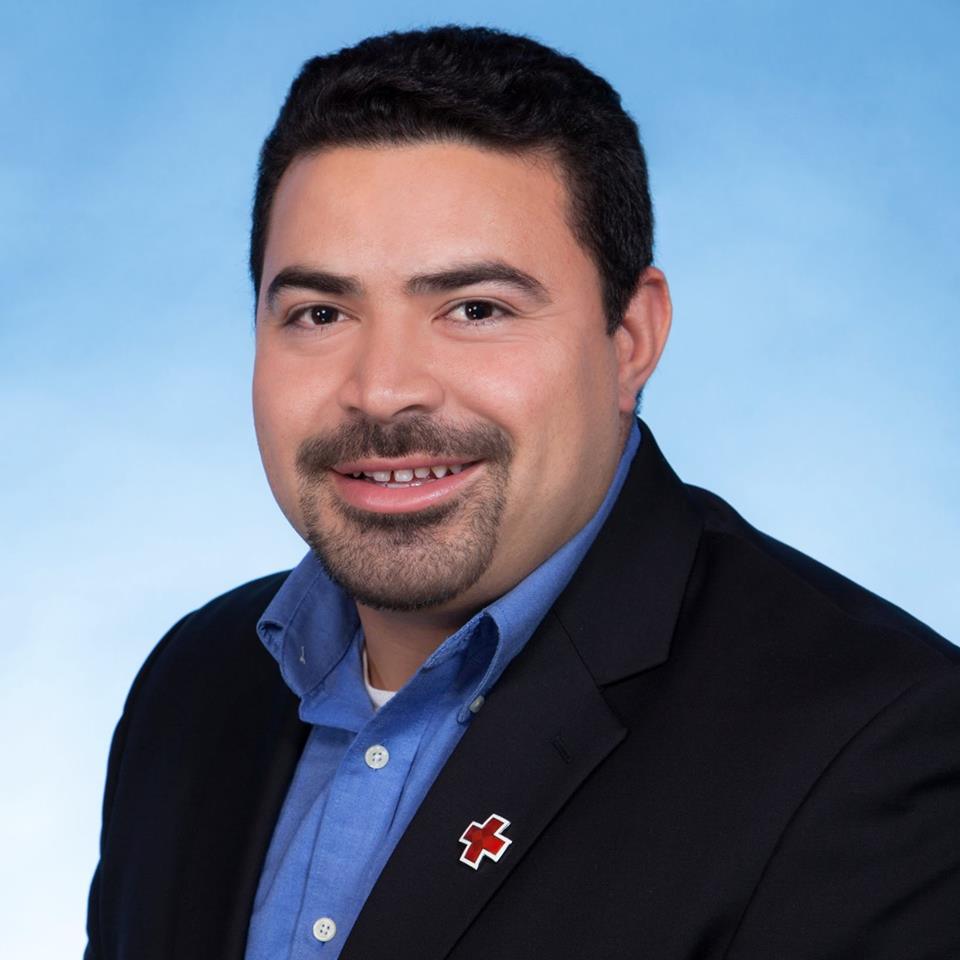 Hanna began his work with the Red Cross in 2009 as a participant in the Red Cross Collegiate Leadership Program where he spent two weeks in Washington, D.C. at the National Headquarters undergoing training to serve as an ambassador to plan blood drives and recruit donors on his college campus.  He started a Red Cross Club at Menlo College and joined the National Youth Council.  He served on the Board of Directors in the Northern California Blood Services Region for two years. Hanna’s name appeared on Greg Biffle’s #16 Red Cross NASCAR representing the Northern California Blood Region in 2012 recognizing his outstanding volunteer work with the Red Cross.

In 2012 Hanna started his career at the American Red Cross in the Donor Recruitment Department in Northern California as a Senior Account Manager and transitioned to an Advisor to the National Youth Council.

In 2016 Hanna was selected for the highly competitive Red Cross Leadership Education And Development (LEAD) program and started a new role as Senior Donor Development Officer in San Francisco.

In 2017 Hanna moved to Portland, OR and served as Regional Volunteer Services Officer (RVSO) leading a team of 4 paid staff, 3,100 volunteers, 6 AmeriCorps and 5 interns serving the state of Oregon and Southwest Washington.

In 2019 Hanna accepted the opportunity to become the Regional Donor Services Executive for the Western New York Blood Services Region in West Henrietta, NY.  In this role, Hanna was responsible for the development and execution of the region’s operational plan focusing on the expansion of efficient blood collections, continuous improvements in quality and safety, and increasing blood donor and sponsor satisfaction.

Some of Hanna’s other achievements include being trained as an Advanced Public Affairs Team (APAT) member and he has deployed to many large-scale national disasters including the California Wildfires.  He continues to go above and beyond by giving back to the organization through regular blood donations (100+ donations) and contributing toward diversity, equity, and inclusion goals by mentoring on the Latino Resource Group.

Hanna also serves on the Board of Directors of Okizu, a Northern California non-profit organization that supports families affected by childhood cancer, and the Medically Fragile Children’s Foundation in San Jose, CA. 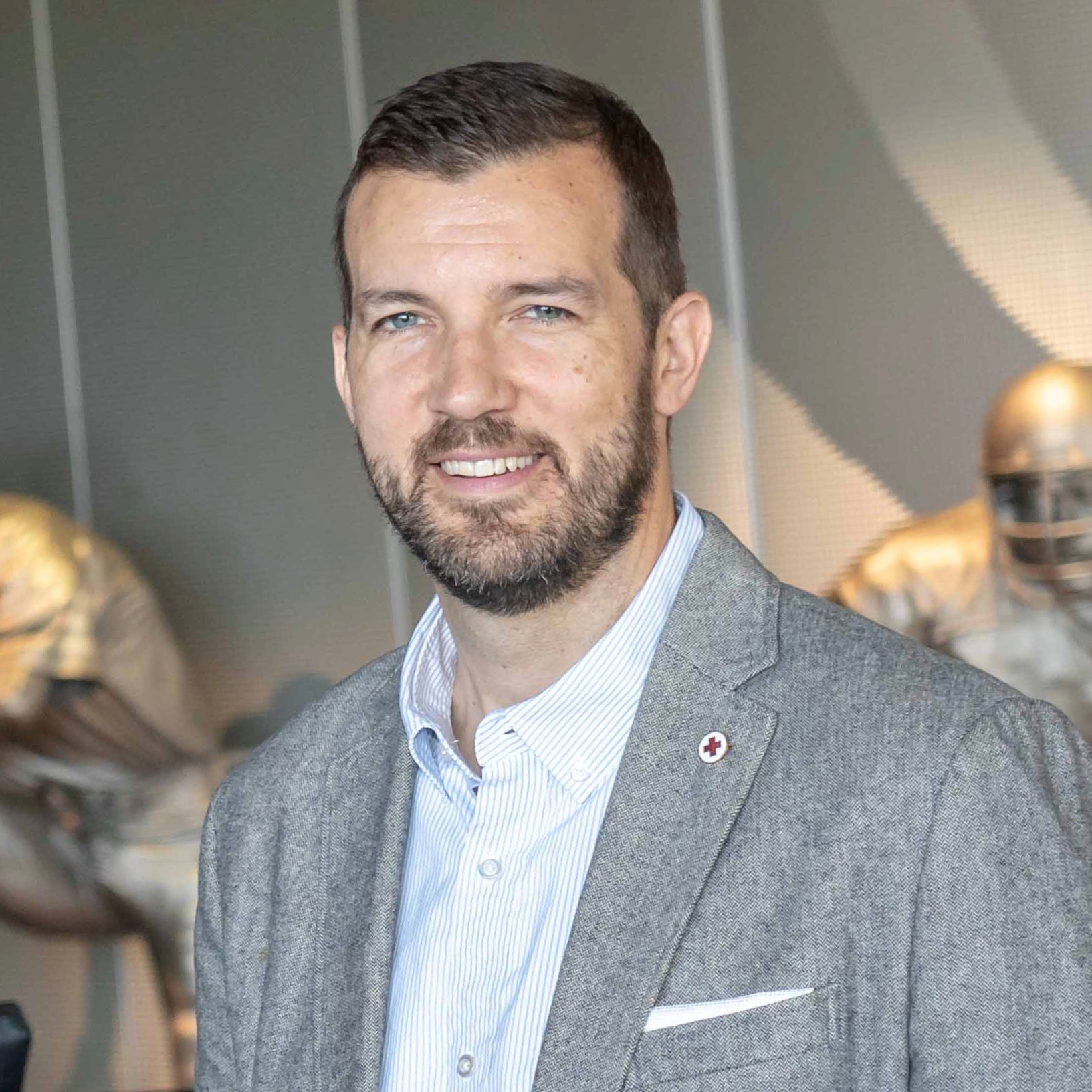 Justin Mueller is the Regional Donor Services Executive in the Northern California Coastal Region of the American Red Cross. Justin is responsible for ensuring that the Region collects enough red blood cell products safely and efficiently to supply the needs of hospitals and the community at large. The American Red Cross’ Biomedical Services plays a critical role in our nation’s health care system. The Red Cross is the largest single supplier of blood and blood products in the United States and thus plays a leading role in protecting the safety of donors.

Justin has been with the Red Cross for 16 years. Before coming to work with the Red Cross, Justin worked with the Marriott Bonvoy organization for 10 years, where he began his career in hotel management which instilled in him a spirit to serve.

Justin is a regular platelet donor and has personally donated 161 units of blood product. He is actively involved in the work and mission of his church and enjoys volunteering in a variety of capacities. He values balance in life and achieves it by spending time with his wife, daughter, and son and by participating in many outdoor activities. 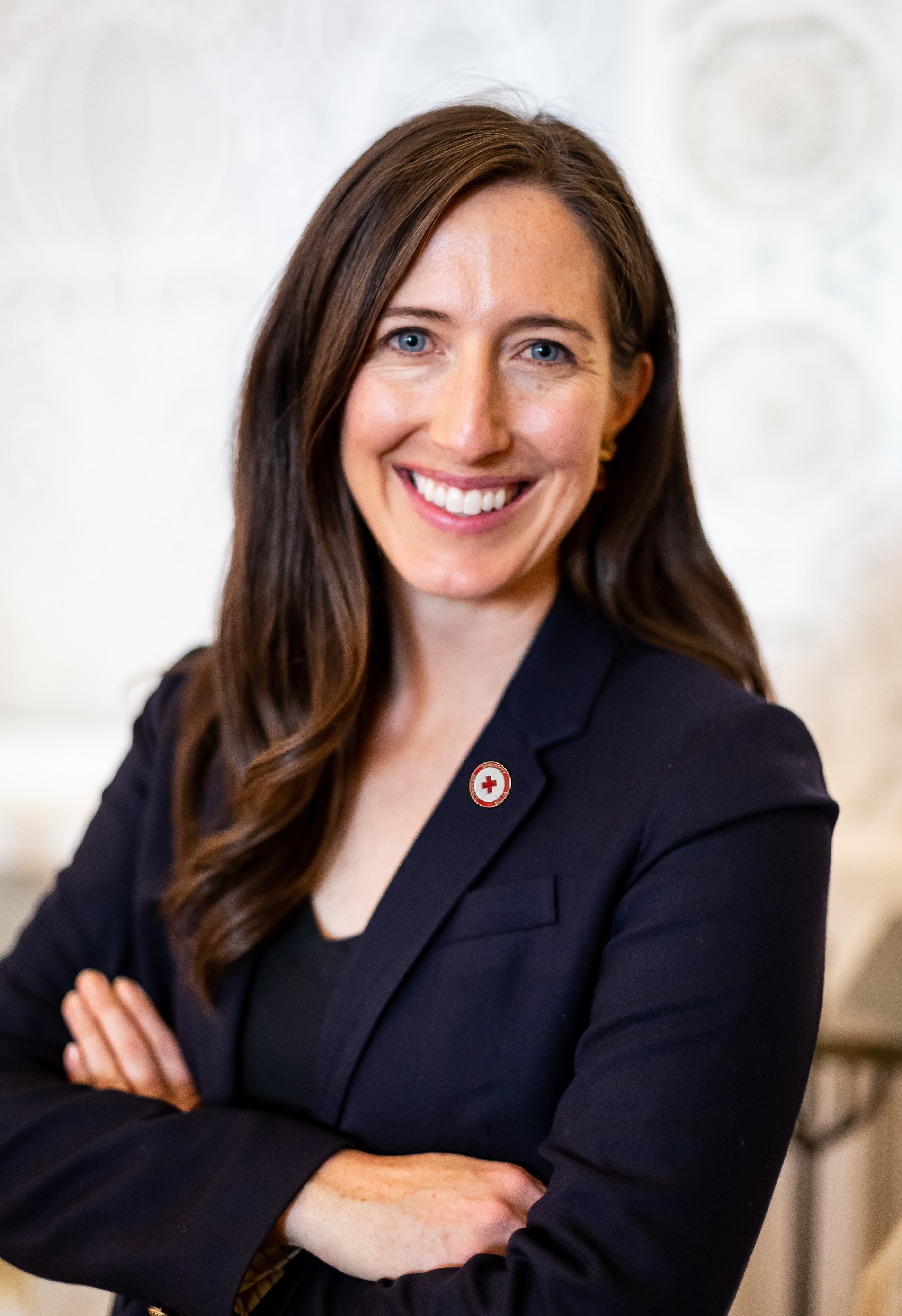 Jenni joined the American Red Cross in 2007 in disaster response and started in Biomedical Services in 2020. She convenes others in thought and action to address health inequities as the internal project lead for the Sickle Cell Initiative. Most of her career was leading corporate and foundation fundraising efforts in Colorado by convening partners to support the local and global work of the Red Cross. Jenni lives in Denver, Colorado with her husband Mario and their three children. Serving others, always learning and the beauty of nature fills Jenni, and she serves in volunteer roles related to these passions. 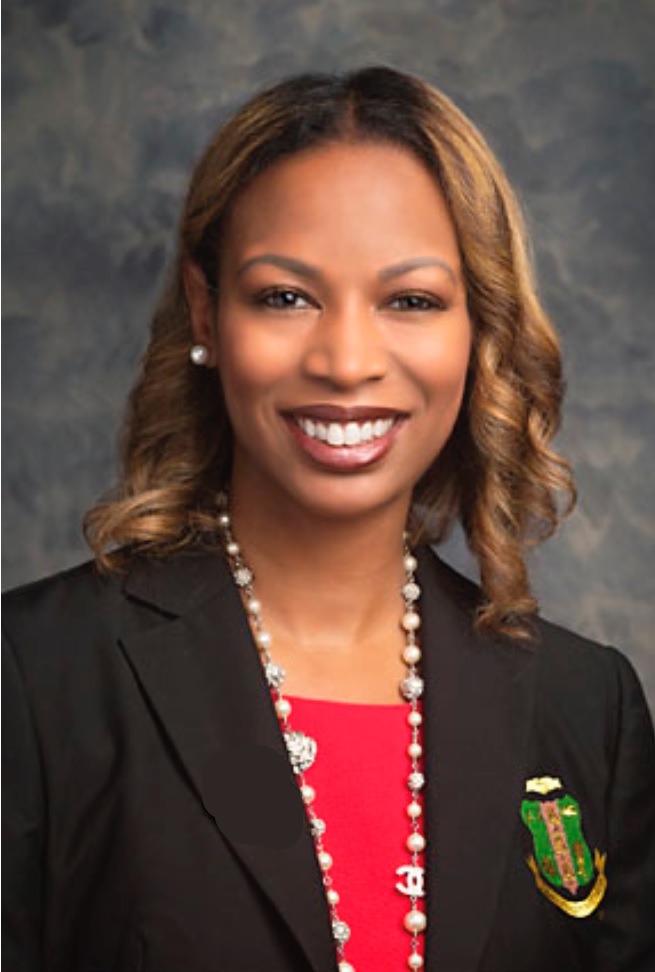 Nichole Jordan is the Senior Vice President, Public Policy and Community Affairs at Via Transportation, Inc. Formerly, she was the Chief Operating Officer at Remix Software, which was acquired by Via in March 2021. She currently manages executive account relationships and ensures customer satisfaction and retention for over 400 cities across five continents.

Nichole is an active volunteer and leader for several non-profit entities. She is a member of the American Red Cross Bay Area Board of Directors with a targeted focus on the BioMed committee and sickle cell initiative. She currently serves as the International Technology Chairman for Alpha Kappa Alpha Sorority, Inc.® and is a former president of the Twenty Pearls Foundation in Oakland. In her final year as president, the organization awarded over $25,000 in scholarships and grants to deserving students and organizations. She is also a member of the San Francisco chapter of the Links, Incorporated and served as President of the Board of Directors for San Francisco’s African American Art and Culture Complex from 2011-2016.

Nichole has a B.S. in Civil Engineering from U.C. Davis and an M.B.A. from University of Pennsylvania’s Wharton School.  She was the first African-American female to matriculate in the Wharton West Executive MBA program. Her proudest accomplishments include receiving PG&E’s 2008 President’s Diversity Champion Award and launching the MBA Fellowship program at PG&E – which provides full tuition sponsorship for high potential employees.

In her free time, she actively volunteers with her sorority and enjoys spending time with her family, traveling, wine tasting and reading. Nichole is also passionate about mentoring women of color and has served as an executive mentor for Sequoia Capital’s Ascent Mentoring program, designed to support emerging women leaders in tech.

Nari’k Page is 22 years old and lives with sickle cell disease. Once every three months he is hospitalized for a sickle cell pain crisis and receives blood transfusions. It’s important that he receive blood from the same race of similar ethnicity to help prevent complications from frequent transfusion therapies. The Red Cross asks members of the Black community and all other communities to join with us to help address this health disparity and meet the needs of patients, like Nari’k, with sickle cell disease.

Join us in diversifying our blood community by making a blood or platelet donation appointment.

Questions or having issues registering?

About the Speaker Series: The American Red Cross Northern California Coastal Region (NCCR) has carefully curated virtual quarterly Speaker Series sessions to update and inspire you through conversations about relevant topics with respected industry leads and Red Cross volunteers. These series are open to all and participants are encouraged to submit their questions and comments during registration for speakers to consider as part of the conversation. 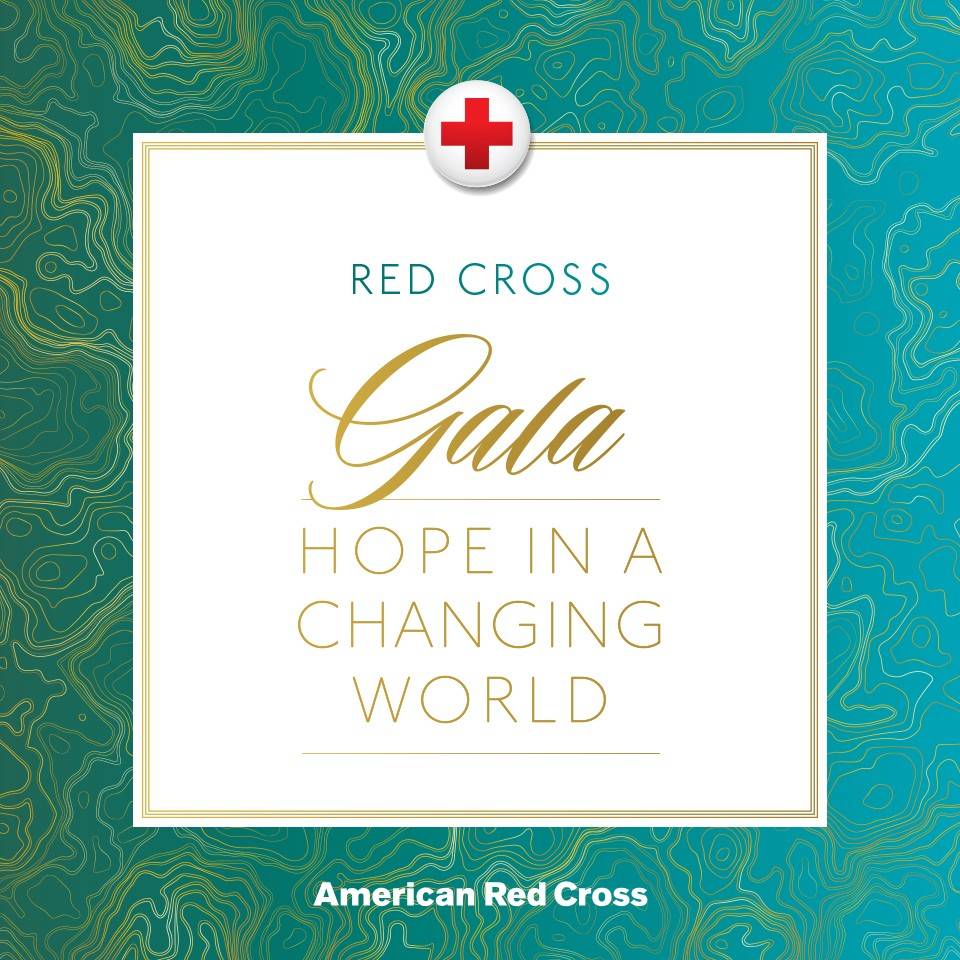 Our annual fundraising event returns in 2023 to support our humanitarian mission in a new venue.