Women Leading Through Philanthropy in the Northern California Coastal Region

The American Red Cross was founded by a woman named Clara Barton more than 130 years ago, and her spirit of compassion lives on today in the Tiffany Circle. The Circle was formed to unite philanthropic women who are committed to improving the lives of others during their darkest hour. Today, this powerful group is making an impact in our communities across the country, with more than 1,000 women making a financial gift of $10,000 or more and lending their expertise in service of the American Red Cross.

Each month we'll shine the spotlight on one of our members with a look into what drew them to join the Tiffany Circle and what drives their commitment to the American Red Cross. 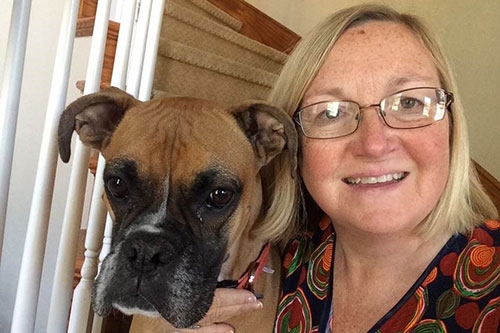 “I wanted to turn all the things that I can’t do right now - work, travel, etc. - because of COVID into something positive that I can do to help other people.”

Suzanne is a founding member of the American Red Cross Tiffany Circle in the Northern California Coastal Region. She remembers when her husband Bob, who was the President of the chapter board at the time, came home saying, “there is something that you will want to be involved in! We signed up immediately.” That was nearly 13 years ago.

Throughout her many years as a Tiffany Circle member, Suzanne has met many new people. What she loves about being a part of this group is getting to know each person better and understanding why they are a member. She mentions, “there are so many different reasons why people are inspired to give to the Red Cross – it’s nice to be around people who are like-minded in terms of our interests.”

Suzanne and Bob decided early on that instead of giving a little bit of money to many organizations, they would only choose a handful of organizations and give more significantly. They spent time talking about which charities they felt most passionate about, which ones were aligned with their values, and which ones they felt compelled to be active with by volunteering. The Red Cross was one of the top charities on their list.

Suzanne’s commitment for helping others has led her to volunteer in many of Red Cross’s five lines of services. She has volunteered to support our veterans, inspired by the fact that her father was in the United States Army Reserve. She also serves as the Lead Pillowcase Project Coordinator in Contra Costa County, which prepares school-aged children for disasters. Suzanne’s professional background as an Instructor at UC Berkeley Extension has come especially in handy in this leadership position. And most recently Suzanne was deployed to Napa to support those affected by the multiple wildfires in our area.

Suzanne had only deployed on one other disaster before this one, so this experience was different due to new COVID protocols and procedures. She spent her time ensuring that every client had a safe place to stay, which was a hotel room in this case, food, and someone to talk to after being evacuated. Suzanne reflected, “Some people were in worse situation than others – those who already knew that their home had burned, those who had no family around, and those who left their home so quickly that they had nothing - one guy didn’t even have a suitcase”. Suzanne made notes to herself to ensure these clients come down for every meal – because in a hotel you don’t see them as much as when you are in a shelter. If she didn’t see them at mealtime, she would check on them, make sure they were getting food, and discuss how they were doing with recovery.She felt that her experience was rewarding. She felt that it enabled her “to turn all the things that I can’t do right now (work, travel, etc.) because of COVID into something positive that I can do to help other people.”

Thank you, Suzanne, for being a valued Tiffany Circle leader and for your long-time commitment to the Red Cross mission. 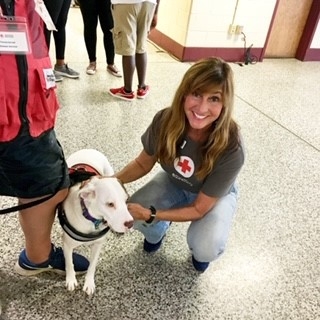 Jennifer Adrio
Celebrating her first year as our regional CEO!

"The most moving pieces have been when I've been out on Disaster Response just to see how this amazing organization brings volunteers together... to see what happens when you bring thousands of volunteers together that come from all over the country and even sometimes all over the world who don't know each other but they come together  because of their compassion for the mission."

This July, the American Red Cross Northern California Coastal Region celebrated the first anniversary of our tenacious leader, Jennifer Adrio, Regional Chief Executive Officer. Jennifer was most recently the CEO of the Kentucky Region, but her Red Cross career began in her mid-20's.

A casual conversation with her parents’ neighbor ended in Jennifer’s first of many roles with the Red Cross, as a Blood Donor Account Manager in the Biomedical Services department in Louisville, Kentucky. Shortly after stepping into the role, Jennifer made her first financial gift to the Red Cross. When asked what motivated her to give back early in her tenure, Jennifer shared, “I started giving because somebody asked me to and I kind of thought well I should do that. Right? What keeps me giving is seeing the impact of our work and doing whatever I can to help deliver our mission and to demonstrate how proud I am to be part of the Red Cross.”

After serving in her Biomedical Services role, Jennifer’s career led her on a long successful journey with the United Way before she made her way back to the Red Cross in 2013. Since her return, she has been deployed to six national disasters including Hurricane Florence in 2018. As Jennifer reflected on her deployments, she shared:

“The most inspiring times for me have been out on disaster response... to see how this organization brings thousands of volunteers together that come from all over the country and even sometimes all over the world who don't know each other but they come together like they're an organized group... because of their compassion for the mission. To see everybody sleeping on cots and work all sorts of hours and walk away from their lives to serve other people, to me that's probably the most powerful thing that I've ever seen at the Red Cross.”

“I love being part of the Tiffany Circle because it gives me the chance to connect with other philanthropic women and learn what they bring and why they're involved. Everybody has a different story... but the one thing they have in common is the mission of the Red Cross.”

We thank Jennifer for her incredible leadership, commitment to the Red Cross mission, and for being a valuable member of the Tiffany Circle.

The Tiffany Circle Experience Within Our Region 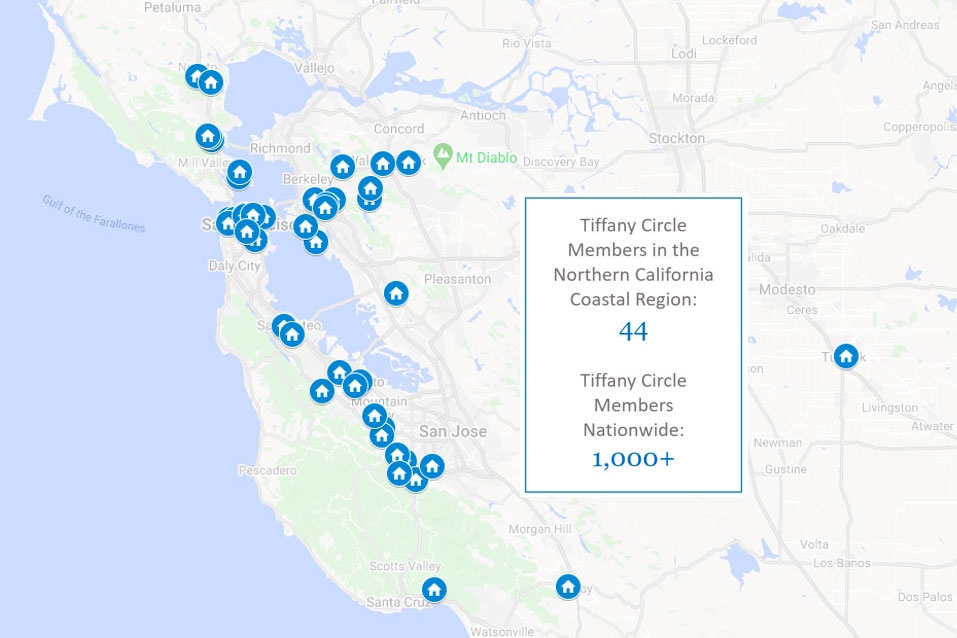 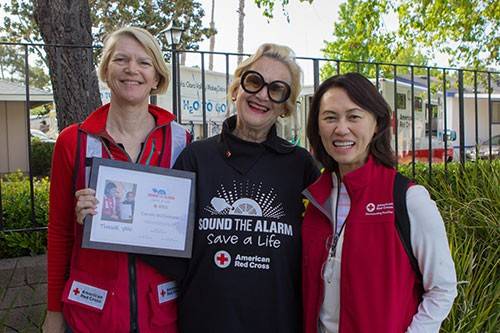 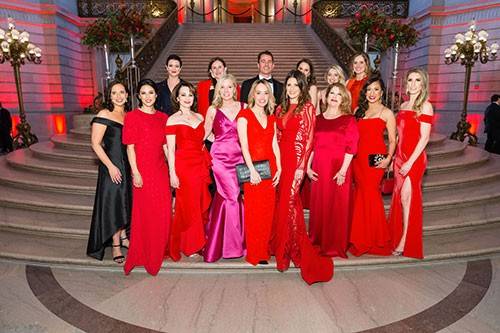 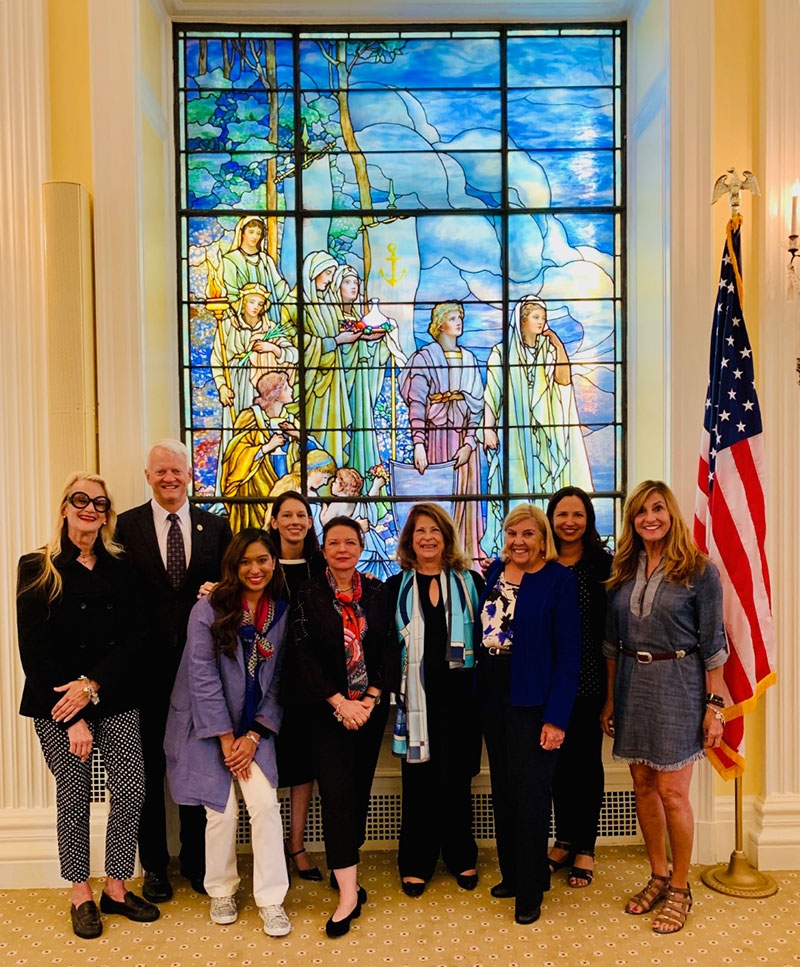 “The Tiffany Circle takes its name from the historic stained-glass windows in the Board of Governors Hall at the American Red Cross National Headquarters in Washington, D.C. Installed in 1917, the windows were commissioned from the Louis Comfort Tiffany Studios. The windows cost $10,000 and were jointly purchased by the Women’s Relief Corps of the North and the United Daughters of the Confederacy of the South as an act of reconciliation and hope after the Civil War.

Mission Statement: The Tiffany Circle is a community of women leaders who advance the American Red Cross mission through a focused investment of time, talent and treasure by engaging women locally, nationally and internationally.” 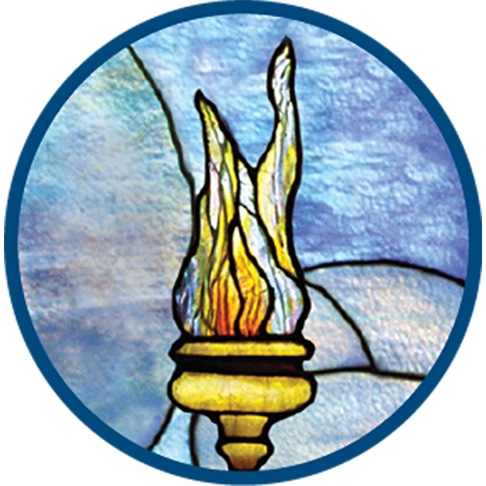 Learn more about the Tiffany Circle, our members and our impact by exploring our website, The Source. 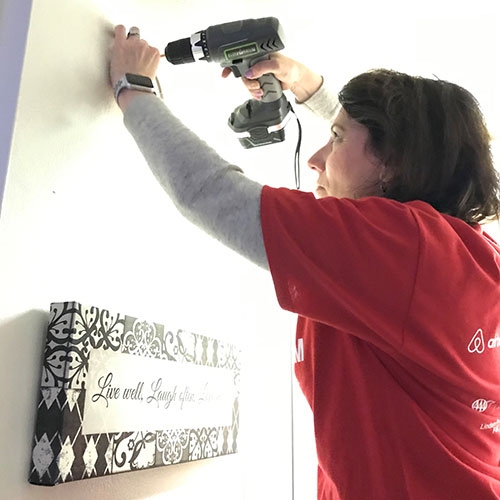