Spanning the iconic Golden Gate to Mount Diablo to Half Moon Bay, the Bay Area Chapter provides relief to those impacted by disasters and empowers the community to prepare for, respond to, and recover from emergencies.

A volunteer network of more than 3,000 youths, adults and seniors combined with community partnerships, local government and donors allow the Red Cross to provide all lines of service within the Bay Area. 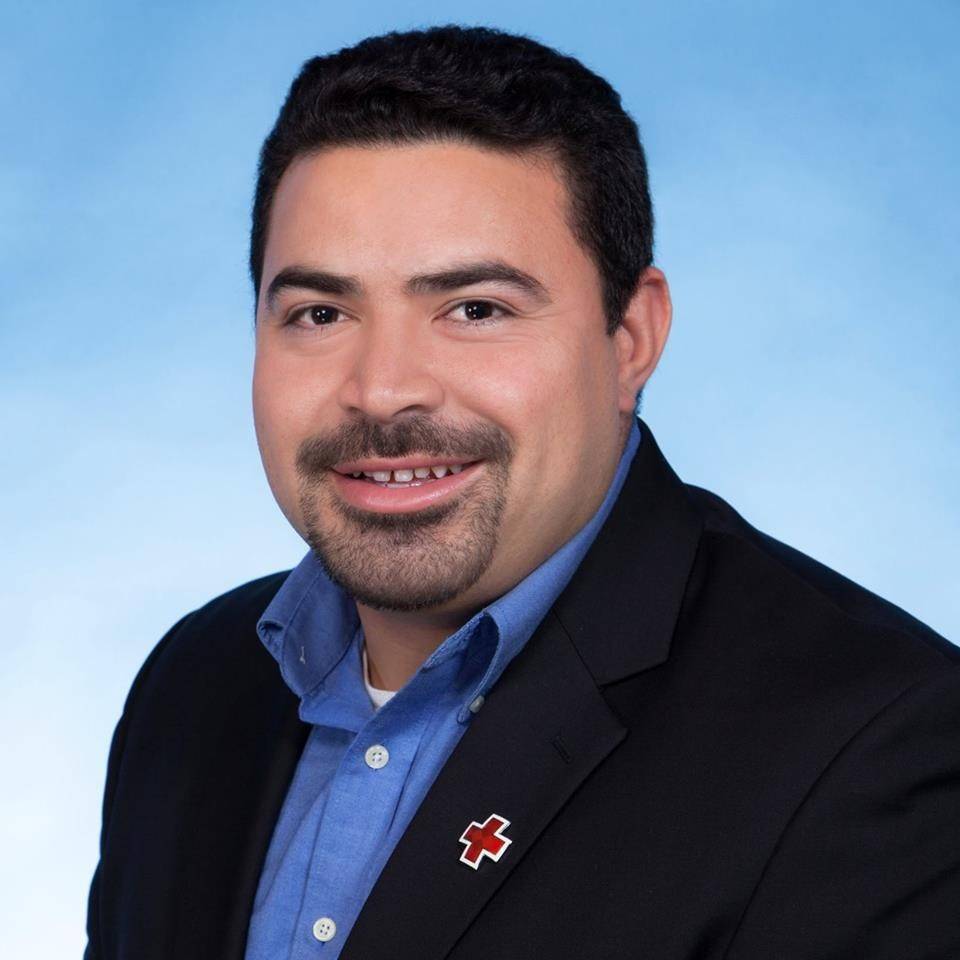 The Northern California Coastal Region welcomed new Regional Chief Executive Officer Hanna Malak in July 2022. Most recently, he served as the Regional Donor Services Executive for the Western New York Blood Services Region and brings more than a decade of leadership and Red Cross experience to his new role.

Hanna began his Red Cross journey in 2009 as a participant in the Red Cross Collegiate Leadership Program. He spent two weeks in Washington, D.C. at the National Headquarters, learning to plan blood drives and recruit donors on his college campus. During this time, he also started a Red Cross club at his alma mater, Menlo College in California, joined the National Youth Council, and served on the Board of Directors in the Northern California Blood Services Region for two years. Hanna’s name even appeared on Greg Biffle’s #16 Red Cross NASCAR representing the Northern California Blood Region in 2012 in recognition of his outstanding volunteer work with the Red Cross.

He then transitioned from Red Cross volunteer to employee in 2012 as a Senior Account Manager with the Blood Services Donor Recruitment team; from there he served as an Advisor to the National Youth Council and was selected for the competitive Red Cross Leadership Education And Development (LEAD) program.

In January 2017, he joined the regional development team in San Francisco, working with corporate donors in the Bay Area. Later that year, he relocated to Portland, Oregon to serve as the Regional Volunteer Services Officer (RVSO) in the Cascades Region; he led a team of paid staff, volunteers, AmeriCorps and interns serving the state of Oregon and Southwest Washington.

Most recently, Hanna served as the Regional Donor Services Executive for the Western New York Blood Services Region, where he oversaw the development and execution of the region’s operational plan for expansion of efficient blood collections, continuous improvements in quality and safety, and increasing blood donor and sponsor satisfaction.

Hanna is a Red Cross Advanced Public Affairs Team (APAT) member and has deployed to multiple disaster response operations, including California wildfires. He is a committed blood donor with more than 100 donations to date, and volunteers as a mentor for the Latino Resource Group.

Hanna serves on the Boards of Directors for Okizu, a Northern California non-profit organization that supports families affected by childhood cancer, and the Medically Fragile Children’s Foundation in San Jose, CA. A San Mateo native, Hanna received his bachelor’s degree in Business Management from Menlo College and his master’s degree in Business Administration from Notre Dame de Namur.

Our Mission in Action

The best way to provide immediate relief to your neighbors facing emergency situations is through a monetary donation.

The humanitarian work that we do at American Red Cross would not be possible without our volunteers. Your time and talent can make a real difference.

Bay Area Stories on Our Blog

When they needed shelter, the Red Cross was there

Photos and reporting by Barbara Wood/Red Cross volunteer  The Galvan Alvarez family was sound asleep in their South San Francisco apartment in the early hours of January 10 when they were jolted awake as the entire roof blew off their apartment building.   “At first we thought it was an earthquake,” Jose Galvan Alvarez said, holding his nine-month-old grandson, Kingston, in

Californians have begun the monumental task of cleaning up after the recent weeks of severe weather, an undertaking that could take months to complete. The American Red Cross is helping them now and will also be there in the days and weeks to come, supporting people as they recover from the storms.