Heart of the Valley

Heart of the Valley Chapter

Located in the San Joaquin Valley in the midst of California’s agricultural region, the Heart of the Valley Chapter provides relief to those impacted by disasters and empowers its residents to prepare for, respond to, and recover from emergencies. 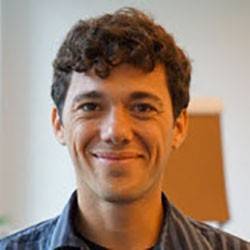 Chris Losavio has been in the social services and non-profit field for more than 15 years, with several years working in a leadership capacity. His tenure with the Red Cross started in 2013 during Hurricane Sandy when he served as a member of the Long-Term Recovery Case Management team. During that time, he served hundreds of families who were devastated from the hurricane. Through the programs and resources provided at the Red Cross, he helped them recover financially as well as start to rebuild their homes.

Starting in 2015, Losavio served as the Regional Director of Client Services and Recovery for the Greater New York Region, one of the busiest disaster regions in the United States. During this time his team managed the casework, disaster mental health, disaster spiritual care, and health services program for the New York City, Long Island and several counties in Upstate New York and Connecticut. The team's top priority was to ensure families had the tools and resources needed to make a full recovery from building fires, vacates, building collapses and natural disasters occurring in the New York region. He also managed several major national recovery efforts, such as setting up the Puerto Rico Evacuee Service Center that served thousands of families after Hurricane Maria. His team also created one of the first virtual casework hubs to support families across the US devastated by Hurricane Matthew and Harvey. In addition to this work, his team provided mental health support and financial assistance among other services to the families affected by the West Side Highway Terrorist incident.

Most recently, Losavio served the Regional Director for the Service to the Armed Forces and International Services program for the American Red Cross of Greater New York. During the last two years, he has managed a team of staff and volunteers to support the military and international community. In this role, he built and managed a team of over 200 volunteers. This team works to support the casework and resiliency for active duty service members, veterans and their families. They also provide support to five veteran hospitals, families preparing for pre or post deployment, individuals joining the military, and families who were displaced due to war or conflict. Chris holds a bachelor’s degree in Psychology from Rutgers University.

Heart of the Valley Stories on Our Blog

Sharing the ‘good’ in us

"When something wells up inside of you, it spurs within your soul or heart. We're here to help each other. I wanted to give back." 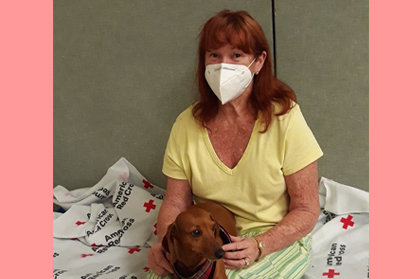 How Red Cross teams supported those affected by regional wildfires

The wildfires that have caused so much devastation in our region since mid-August have prompted critically important responses by many Red Cross teams.