Janet Packer has been a dedicated volunteer since Katrina

Janet Packer has been a dedicated volunteer since Katrina 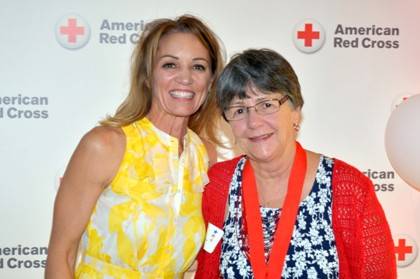 One early morning in 2005, Janet Packer watched from her home in Aptos, California as the devastation of Hurricane Katrina played out on the TV news. Packer was immediately moved to respond, driving to the American Red Cross's Santa Cruz office and arriving just as the doors opened at 8:30 a.m. “I’ll do anything you need me to do,” she said.

Shocked by the storm’s impact and inspired by the volunteers she saw stepping forward in the office, Packer knew she wanted to do more. So by 2 that afternoon, she called her husband Vern and said, “I want to go.”

“I knew you would,” she recalls Vern saying.

One week later, Packer was deployed to Mississippi as a Disaster Relief volunteer. Since then, she has been deployed more than 30 times to assist with national-level disaster relief operations throughout California and in many other states.

Earlier this year, Packer was honored with a Clara Barton Award at the annual Volunteer Recognition Dinner for Central Coast Chapter volunteers. Named after the organization’s founder, the award recognizes a Red Cross volunteer for service in a series of leadership positions held over a number of years.

As someone who makes the easing of suffering, loss, and displacement part of her life’s work, Packer is a true reflection of Clara Barton and all the Red Cross stands for. She feels compelled to care for people in need without hesitation, and with equal attention and emotional support for all.

Before joining the Red Cross, Packer volunteered for other causes, including as a “Pink Lady” in a local hospital's ICU and recovery room. But since Katrina, her volunteer focus has been with the Red Cross; she has filled many diverse roles, most recently as a Client Casework Lead for the Central Coast Chapter.

In the Q&A that follows, we caught up with Janet so that we could get a better sense of what makes her choose to respond to a house fire in the middle of the night, drive an Emergency Response Vehicle across the country for a flood, and just bring her tireless motivation and compassion to help others in their time of need.

What inspires you about participating in the Disaster Relief line of service?

There’s something really deep and precious that happens when you help someone. Almost every time I’ve been deployed, someone has said “I can’t believe you’ve come here for me.” An important part of the Red Cross is that it doesn’t matter who you are, where you live, or what you believe ... we’re there for everybody.

Sometimes people are afraid to come to us for help for a variety of reasons. But nothing bad will happen to anyone seeking shelter from us. Sometimes all we can do, given the circumstances, is to refer a client to another organization. But to me, that's still big, because it’s one more step to helping that person with his or her recovery.

When I’ve been deployed to assist with Staff Services, I’ve also been able to meet many other volunteers during in- and out-processing. It has been wonderful to greet them and honor their work. I'm also honored to do the work I do from my office sending people out to disaster sites because the need for help just doesn't stop. I can’t not be where I'm needed — it just feels too important to not pitch in.

What are some of the challenging and uplifting moments you’ve experienced?

Although it can be challenging to move around to different locations or stay in different shelters when you’re deployed, I figure the people I’m helping don’t have a safe home to return to, whereas I’m coming back to one. And, you end up meeting so many great people. I can think of many shelters that tug at my heart because of the wonderful people I was there with.

I didn’t have a lot of experience driving the ERV [Emergency Response Vehicle]. But I took the Red Cross training and made myself available to drive it across the country, and it was such a privilege to drive that vehicle. Long before I joined the Red Cross I would look at an ERV and know it meant “help” and that’s what we were bringing. Maybe the people we were helping were freezing, and we would bring them their only hot meal of the day. There was a little boy who would exclaim “the X-Men are coming with food!” whenever he’d see the ERV coming because the Red Cross symbol reminded him of the comic book superheroes. Another time, we came across a lady trying to stay warm in her car, and she was so thankful just to receive an extra blanket from us. You don’t go help because you’re expecting to get anything in return. But you end up getting so much from those moments.

What advice would you give people interested in volunteering with Disaster Relief?

I’d encourage them to talk to other volunteers, take some training to see if it fits for them, and give it a try. I remember the first time I was deployed I showed up with big boots, extra water, and no clue of what to expect or where I’d end up. And ... it was wonderful! Sometimes it’s harder physically or emotionally than other times, but the support you get is huge. There are nurses and mental health volunteers who call the volunteers after we return home to see how we’re doing. You never know when you might need it, but when we deploy, the Red Cross supports both the clients and the staff.

What does being a recipient of this award mean to you?

I just have a huge desire to serve, and I don’t have a desire to go to any other organization to do it. I’m happy doing what I’m doing. When I first started volunteering in 2005, Vern and I were busy watching our grandkids and owning a local business. When I started volunteering and was deployed, my family helped with everything at home. I may have been the one who deployed, but it wasn’t just me. It was the support from everybody that made it possible.

I don’t know why I was selected to receive the Clara Barton Award because I think of so many other deserving local volunteers or philanthropists who are doing amazing work for the Red Cross. I just know I love what I do. I love the people I work with, both here in California and elsewhere when I deploy out of state. I’ve made so many lovely friends over the years. When it all comes down to it, I feel very honored and blessed to get the award, but I’m just a simple person doing the best I can — and I love it.

Become a Red Cross Volunteer: You can make a difference in Monterey, San Benito, or Santa Cruz County by becoming a volunteer with the American Red Cross. Volunteers constitute about 94 percent of the total Red Cross workforce to carry out our humanitarian work. Red Cross volunteers are trained to meet the needs of those affected by disasters, providing food, shelter, and comfort for families affected by major disasters such as fires, floods, and earthquakes as well as helping local residents prepare for and recover from emergencies of all kinds. We’ll find the position that appeals to you and allows you to use your skills and talents. Email VolunteerCCC@redcross.org to get started. 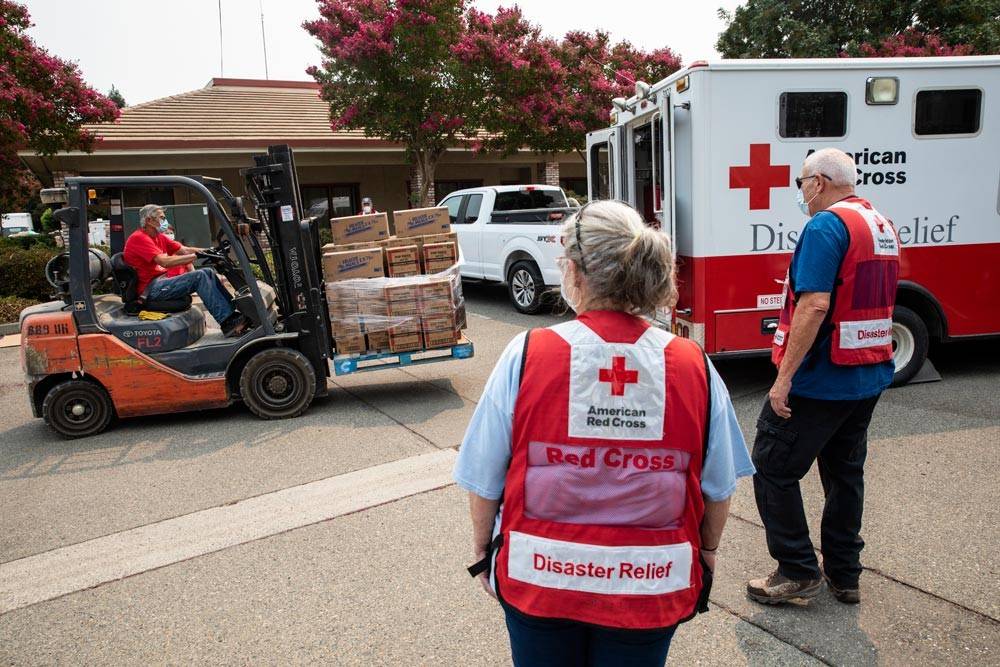