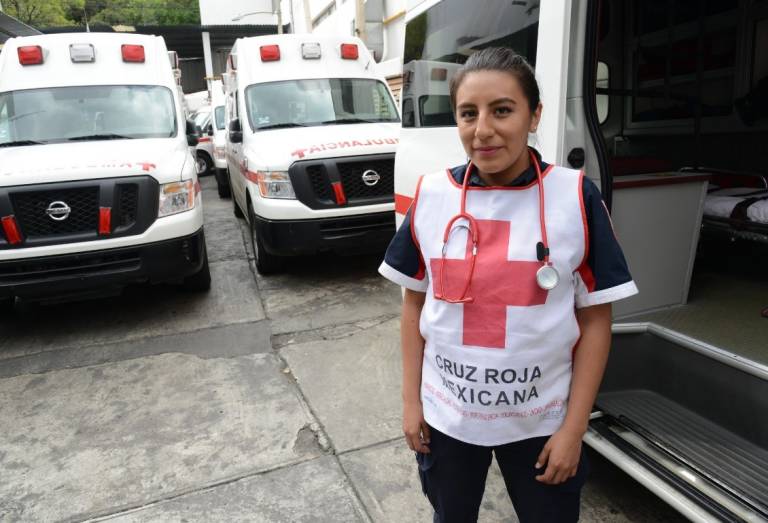 Gabriela Estrada provided medical care at a collapsed school on the day an earthquake hit outside of Mexico City. “All that training. I used every bit,” recalls the EMT, who has been with the Red Cross for two years. 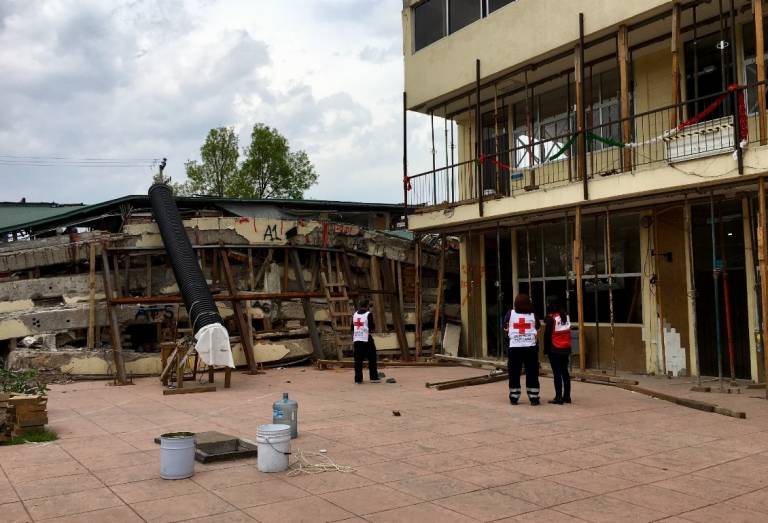 A wing of Enrique Rébsamen School completely collapsed when a 7.1 magnitude earthquake struck in September 2017. Neighbors, policemen, teachers, and Red Cross teams were among those who helped dig through the rubble and care for children. 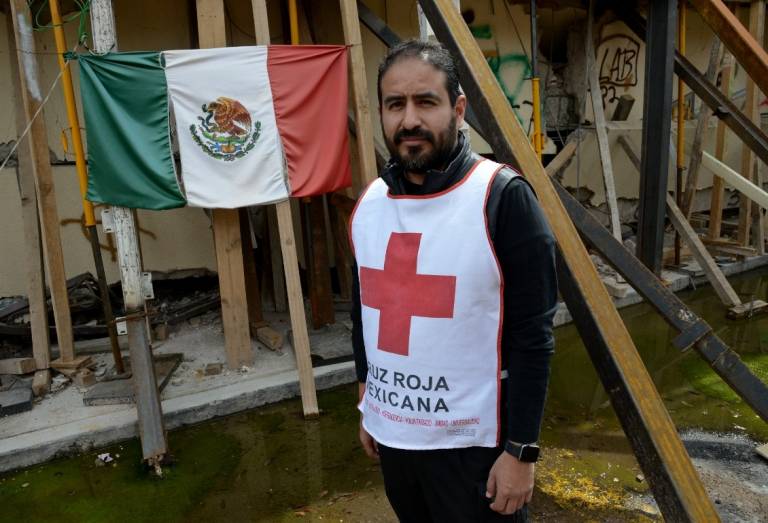 Ruben Rodriguez recalls the day the earthquake struck, “It was the worst thing I’ve ever experienced, but I also knew I had a purpose that day. This is what I trained for and why I joined the Red Cross.” 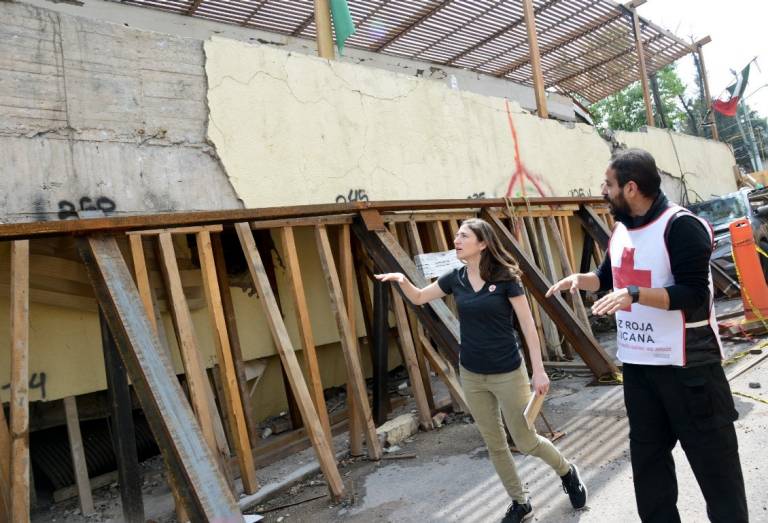 Red Crossers survey the scene at a collapsed school five months after the quake. 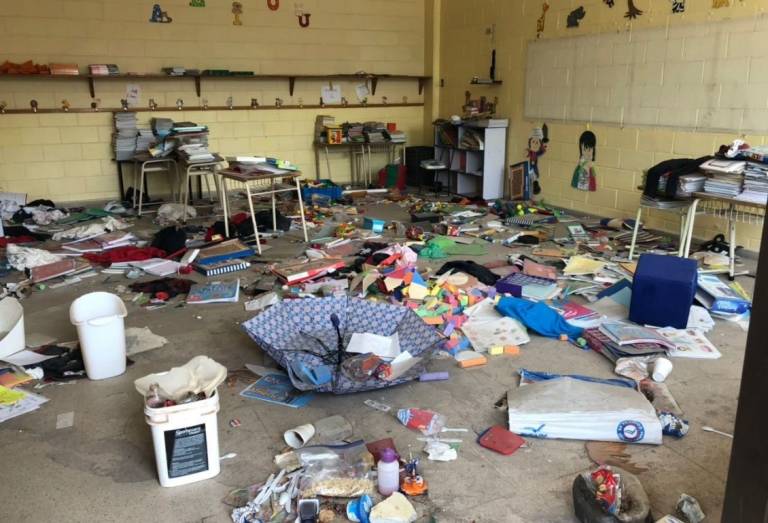 Part of the school in Mexico City remains standing, despite damage. This classroom was left in shambles when students fled the shaking.

When Gabriela received orders to drive to an elementary school on the day a 7.1 magnitude earthquake struck outside of Mexico City, her mind went to one place. “The first thing I thought: children,” the Emergency Medical Technician (and mother) remembers.

She and her Red Cross teammates rushed to the scene in an ambulance—searching the collapsed school for survivors. The kindergartener for whom she provided medical care survived. The child’s parents watched in horror as Gabriela helped save his life.

The scene at Enrique Rébsamen School is one that unfolded all over Mexico City: buildings crumbled, people trapped, others injured.

“That day was desperation. The city collapsed,” says Gabriela.

But even as chaos unfolded, neighbors and emergency responders kept their cool under pressure. Over and over again, local community members helped one another by digging through rubble, opening their homes, and offering kind gestures.

Red Cross staff and volunteers were no exception—jumping in to save lives even as their own houses and families suffered losses.

More than 7,000 Red Cross workers mobilized to respond to the quake in Puebla, Morelos, and the greater Mexico City area. They helped to locate and care for survivors trapped under the rubble, provided first aid on the scene, transported the injured to hospitals, evacuated people from damaged buildings, and met families’ urgent needs with food, water, and comfort.

“That day never ended. That one day turned into a week.”

When the earthquake hit, Red Cross staffer, Ruben Rodriguez, went home to check on his family. Assured of their safety, Ruben prepared himself to support search-and-rescue efforts. His 3-year-old son stopped him and asked if he could join in to help. Of course, his son stayed home, but the gesture meant the world to Ruben, who knew of the tough days that lay ahead.

Ruben, Gabriela, and so many first responders worked around the clock to help others. “That day never ended. That one day turned into a week,” recalls Gabriela.

While she provided medical care at the collapsed school, her family didn’t even know if she was safe. Phone lines were down and reaching people across the sprawling city was a challenge. On day two, Gabriela finally connected. Her family was panicked, but proud to hear that she used her skills to aid her own community in the quake’s aftermath.

Another first responder at the school couldn’t bear to tell his family what he witnessed that day. “My uniform was so dirty, but I couldn’t describe the horror of the school,” he recalls. He helped rescue kids—some aged three and four—from the collapsed structure.

Gabriela—who tears up when speaking about her work there—is convinced that she tapped into every single skill she learned from the Red Cross on that day. “All that training. I used every bit,” she remembers.

Even as the memory of that day remains painful, Gabriela has hope—and pride—in her own hometown. “In Mexico City, we have learned to be one. We are lifting up this city together.”

For Ruben, the September morning reminds him of his life’s mission, saying, “It was the worst thing I’ve ever experienced, but I also knew I had a purpose that day. This is what I trained for and why I joined the Red Cross.”

American Red Cross helps its neighbors in the wake of tragedy