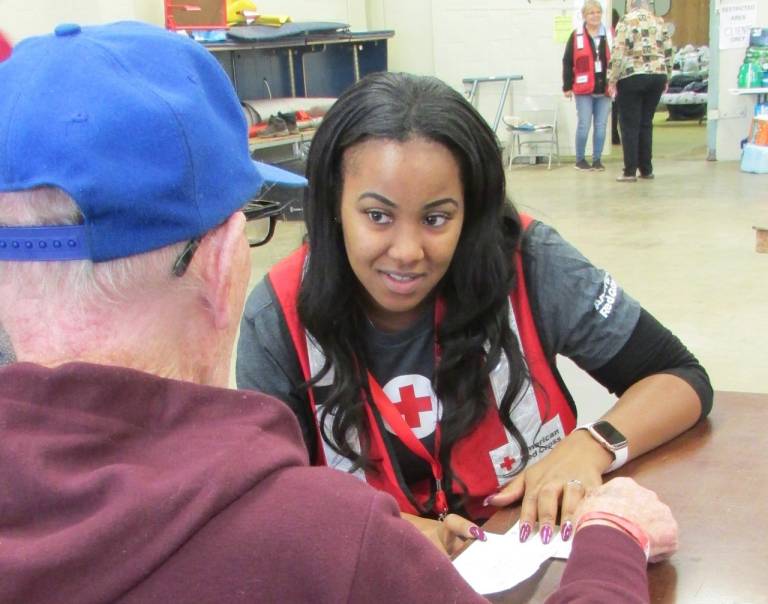 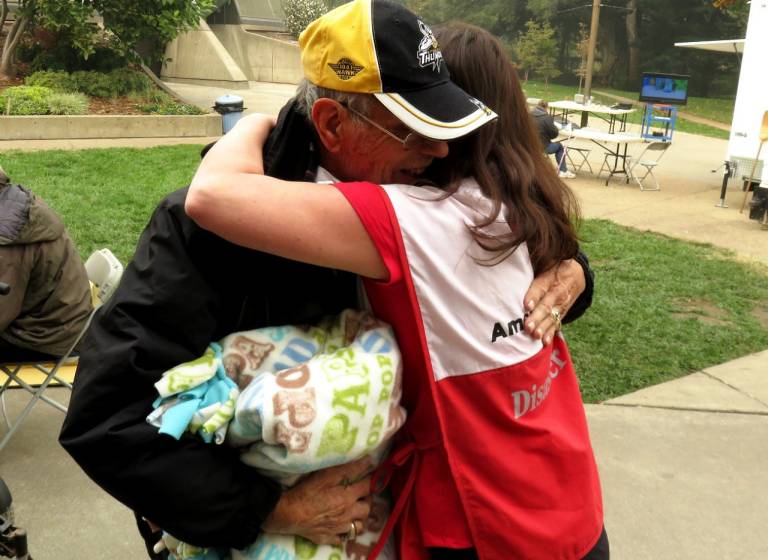 Red Cross volunteer Holly Cristofaro, a mental health counselor from Boston, hugs Ken Kupstas after he learned his house was safe in Paradise, California. Cristofaro has talked other survivors to help them through the crisis. Red Cross photo by Carl Manning.

A little more than a week ago the lives of an entire community in California changed forever.

The small town of Paradise was ravaged by a fast-moving wildfire that literally forced residents to run for their lives. Countless stories have been shared of terrified residents driving through flames, some being forced to abandon their cars and flee on foot. Sadly, many never made it to safety.

Those who did make it out found refuge in the homes of friends, family and in shelters scattered through the communities of Oroville, Chico and Gridley. But what happens now?  How do people who have lost everything and survived such a terrifying experience process it all? How does anyone cope with such loss?

“Those who seek refuge in our Red Cross shelters are those who have no other place to go.” explained Steve Clavere, mental health lead for the American Red Cross. Clavere and his fellow mental health volunteers are serving the residents of the Red Cross shelter at the Butte County Fairgrounds. “We see folks who are dazed, in shock and at a loss as to what to do next.”

For many, reality is setting in and the hopes that their loved ones are okay are diminishing. The Red Cross is sensitive to these changes and moves to provide more support for the residents of the community, particularly those still residing in the shelters.

Support is also offered for the Red Cross volunteers and staff, as the emotional toll can affect them as well. Many volunteers responded to the call for help after helping with the hurricane relief efforts. For some new volunteers, this may be their first disaster response.  “The gravity of the experience can be overwhelming,” Clavere added.  “We have volunteers with tremendous giving hearts, but they need support too. We’re here to take care of our clients and our staff. We’re here to listen and support.”

I BELIEVE IT WILL GET BETTER After the wildfire swept through his hometown of Magalia, California, Ken Kupstas wasn’t sure what shape his home was in. He had been out running errands and couldn’t get back into the town.

Firefighters found his dog of 14 years, a Chihuahua named Precious, but she was beyond help. “It was hard to give her up but I didn’t want my little girl to suffer, I really didn’t,” the 82-year-old widower said. “She was my best friend and I had to do what was best for her.”

Kupstas’ home survived. A friend showed him a video of his neighborhood. He stared intently until he finally saw his home, intact and still standing. “There it is, there it is,” he said excitedly as he watched outside a Red Cross shelter in Chico where he’s staying. “Oh my, it’s still there.”

Nearby, Holly Cristofaro, a Red Cross mental health counselor at the shelter who had talked to the elderly man before, heard the news and rushed over to hug him. “Oh, what a relief for you,” Cristofaro said. “This is so nice to hear.” As they parted, she said, “We still want to be here for you.”

Cristofaro is a social worker in Boston who explained that often after people have been through an ordeal like waiting to hear about the fate of their home, the feelings of physical exhaustion start catching up with them. She said while Ken got some good news, he’s going through the ordeal of loss and uncertainty about the future.

“You support them and let them tell their story, let them share. It can mean a lot to them to have someone listen to what they’ve gone through,” she said.

Those who escaped the wildfire are faced with an array of feelings. Cristofaro said many are dealing with their initial fears of not surviving and recalling the heat as they fled. Others are feeling bad about having to leave their pets because they only had a few minutes to get to safety and many pets ran away in a panic. Then there is the feeling of gratitude for being alive, tempered by not knowing what is going to happen next.

For Ken, all those feelings have become part of his life and while the future may be uncertain, he’s ready to face it. “I believe things will get better, I really do,” he said. “I’ve been a fighter all my life. I’m too ornery to give up.”

HELP IN TRYING TIMES Disasters are upsetting experiences for everyone involved—especially when they cause such massive devastation so close to the holidays. This is a time for people to come together and support one another. 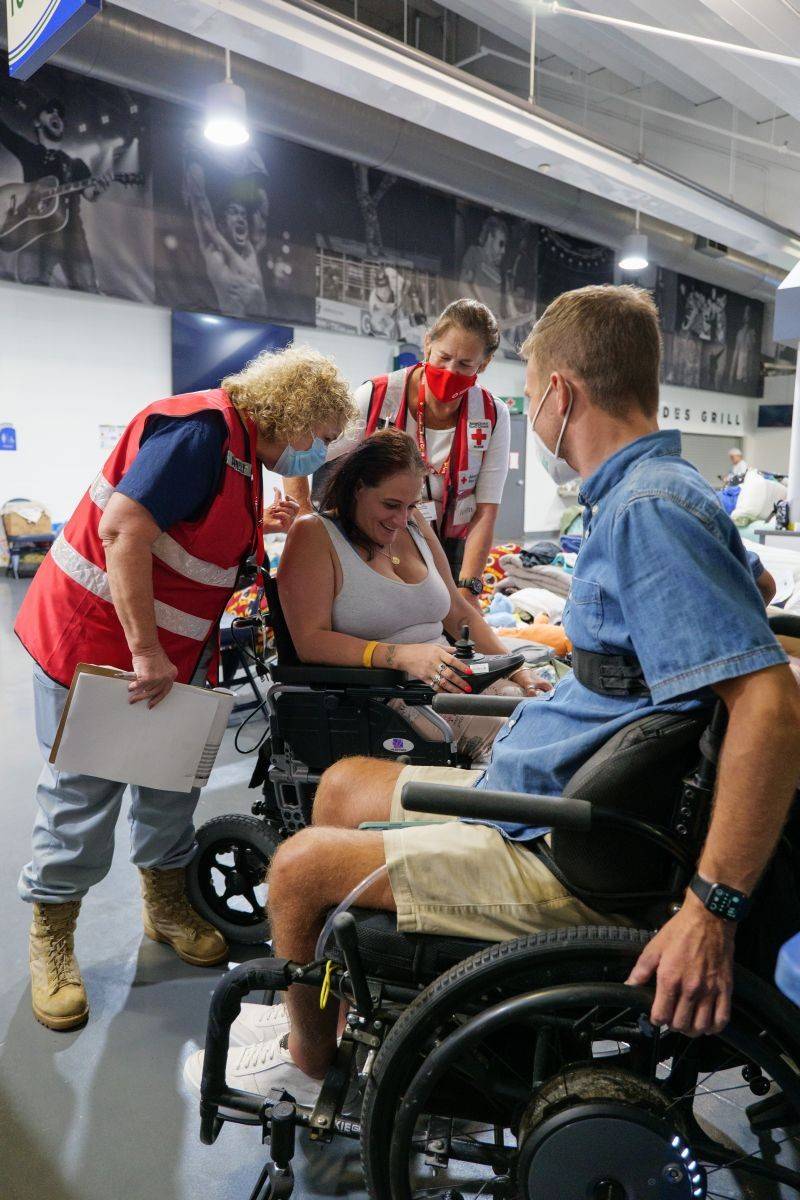 What Services Does the Red Cross Provide during a Disaster?
.type=article.p=1.t=redcross%3AEmergency-Type%7CWildfire.t=redcross%3AShelter
Donate Now