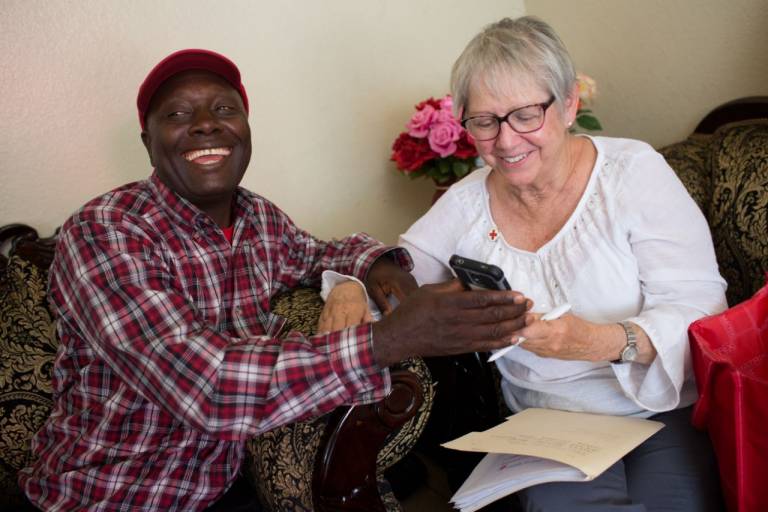 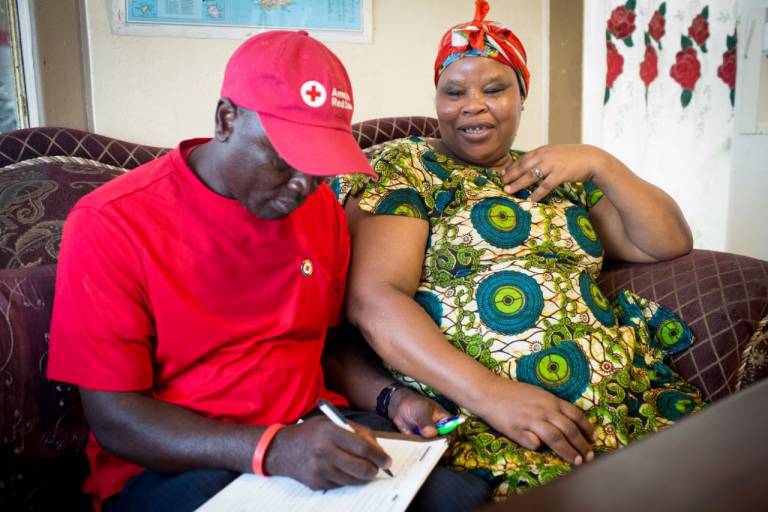 Fidele, a Red Cross volunteer, opens a search for a woman looking for her a cousin in Tanzania. Red Cross photo by Michelle Frankfurter 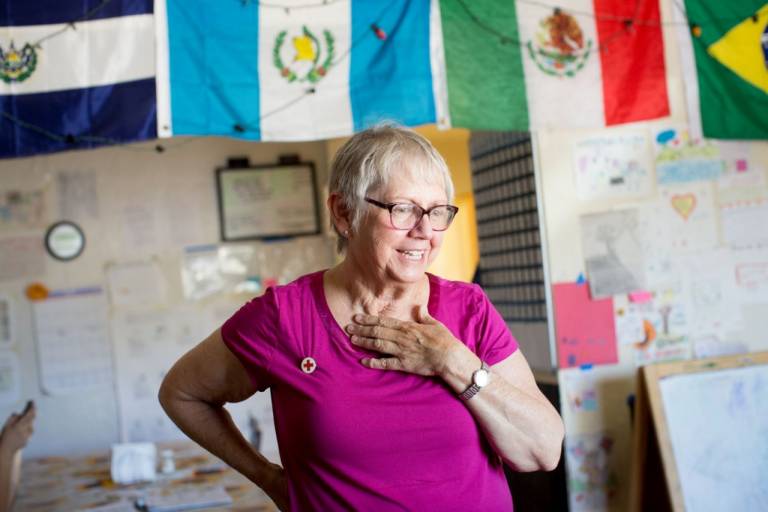 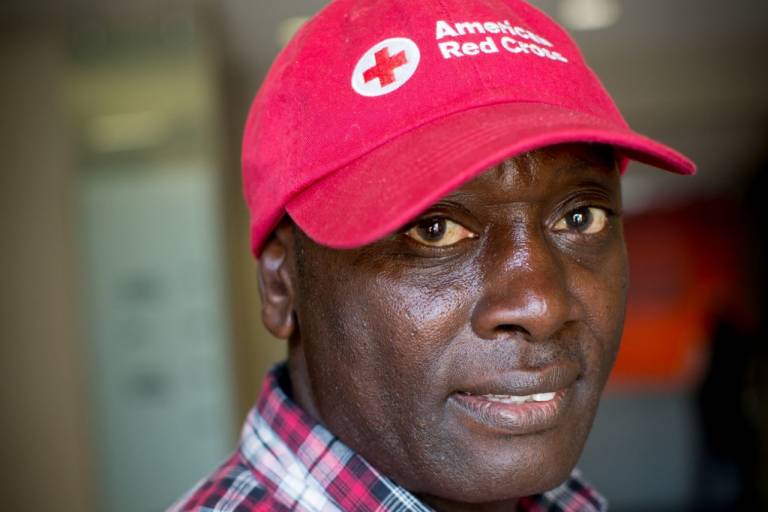 “These people have broken hearts,” says Fidele, a Red Cross translator. “We ask questions about what their loved one looks like or where they last lived to help us with our search. These questions bring them back to the time they were forced to separate from their families.” Red Cross photo by Michelle Frankfurter

Every morning, Elissa Maish puts on her Red Cross vest and jumps in her car to deliver hope to refugee families living in communities across Tucson and Phoenix, Arizona.

Before she heads to her first home visit, she stops to pick up Fidele*, a professional Red Cross interpreter who is fluent in six languages. Together, they work to achieve the Red Cross’s Restoring Family Links (RFL) mission: helping families trace and reconnect with loved ones separated by international conflict, disaster or migration.

Many of the families they meet fled conflict-ridden countries and were resettled in the United States. All of them are hoping for a sign, a letter, a phone call—anything that can let them know about the fate of the loved ones they left behind. If a search is successful, Maish and Fidele deliver a letter to the family from the person they are looking for. Sometimes they arrive with a phone number that allows the family to call their loved one and hear their voice for the first time in months or even years.

“These people have broken hearts,” said Fidele. “We ask questions about what their loved one looks like or where they last lived to help us with our search. These questions bring them back to the time they were forced to separate from their families. They start to cry. It’s really sad.”

Fidele knows the feeling all too well.

The first RFL tracing case Maish took on with Fidele was his own. In 2010, Fidele arrived at the Red Cross chapter in southern Arizona in hopes that someone could help him find his father. He lost contact with him as a teenager after he fled war in his home country of Burundi. It had been 20 years since they last spoke and he was convinced his father had died in the war. Using information provided by Fidele, Maish worked diligently with the RFL team and global Red Cross and Red Crescent societies to help find his father.

“Having listened to all the wars he had been through, I held out little hope that we would actually be able to find his father,” she remembered. “Amazingly, six months later, I received a phone call and I heard a gentleman on the other end of the line saying, 'Fidele, my son, my son!'"

Fidele’s father was in hiding at an undisclosed jungle in the Democratic Republic of the Congo, and had gotten word that the Red Cross was looking for him. He had borrowed a UN peacekeeper’s phone to make the call.

The biggest joy for her, Maish said, was delivering the news to Fidele—who thought his father was deceased. For Fidele, being able to call and speak to his father brought happiness and gave him the closure he desperately needed.

“I now know I have a family that is alive,” Fidele said.

It’s been eight years since Fidele got to hear his father’s voice for the first time.

Since then, he and Maish have been hard at work trying to bring that same closure to the families they meet throughout Arizona. 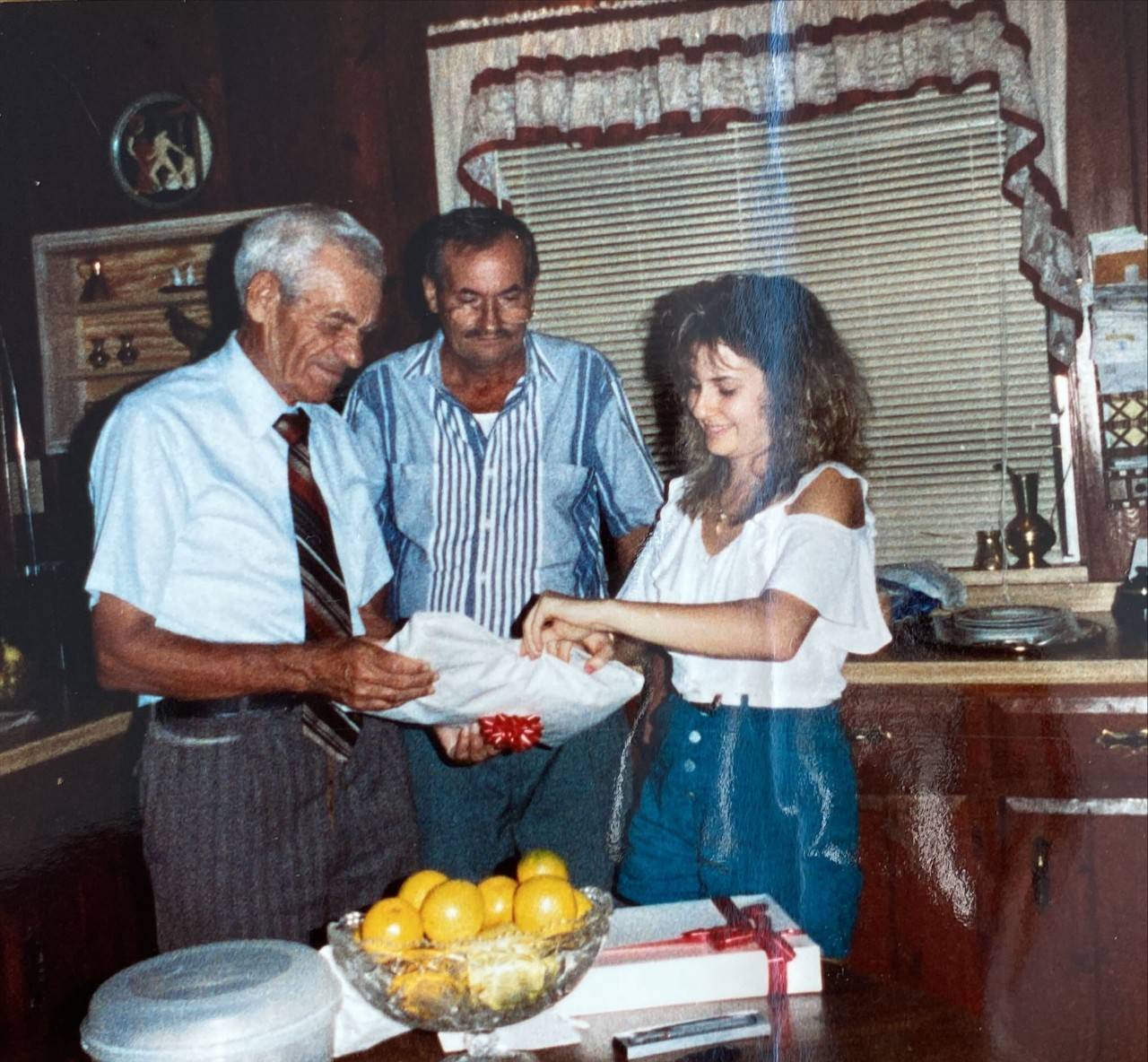 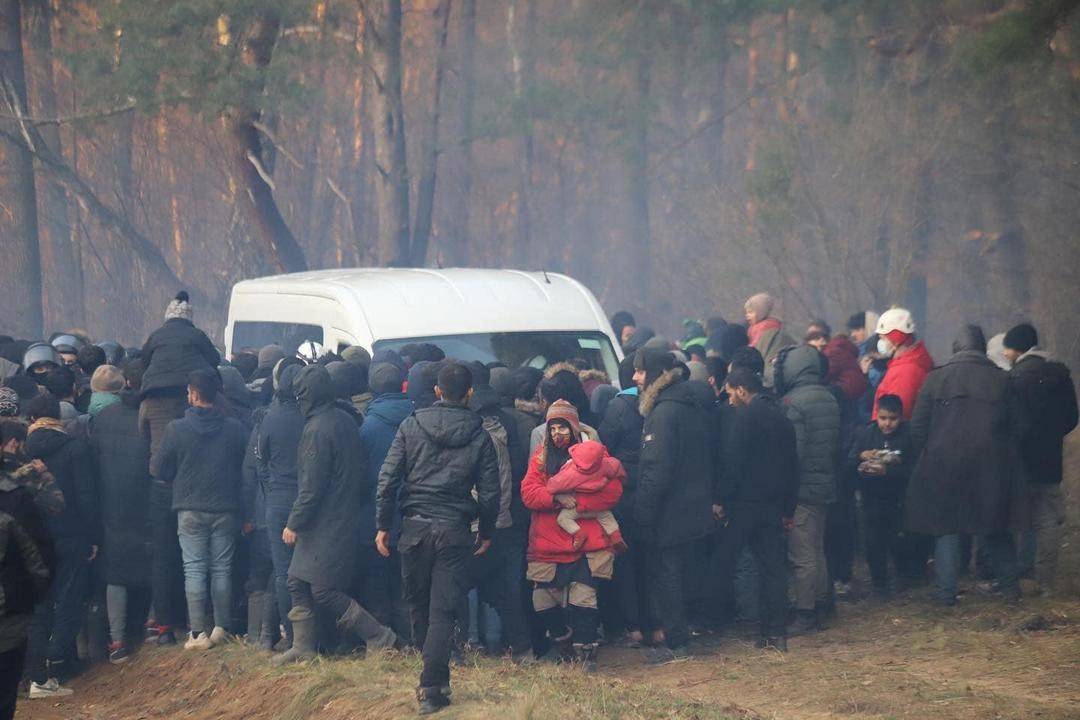 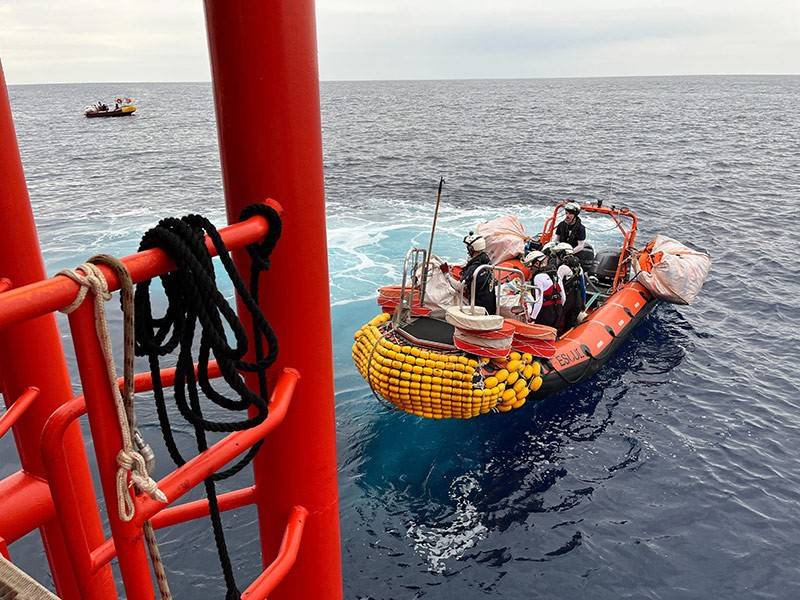