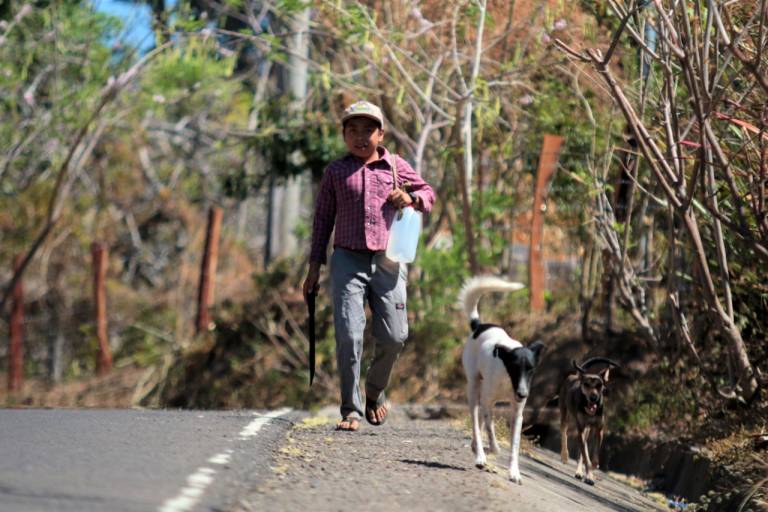 José walks through his community, El Volcán, which is prone to a range of natural disasters including earthquakes, volcanic eruptions, tropical storms, landslides, and droughts. 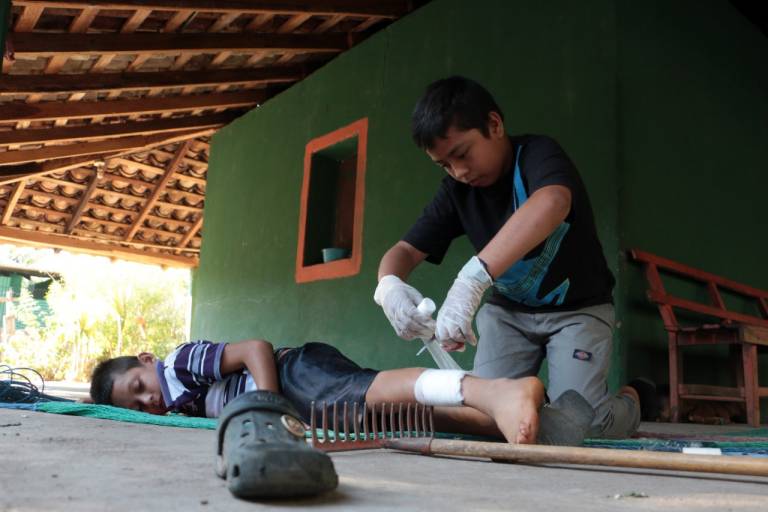 “Little by little, we are learning how to respond to emergencies in our own community,” says José, who practices bandaging up one of his classmates during a disaster simulation. 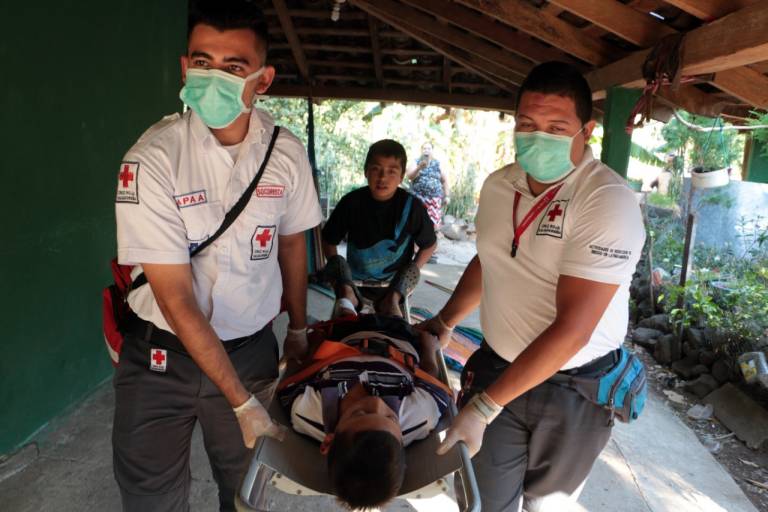 “When we do training drills in school, I like to role play as the victim so I can help others practice what we have learned,” says 12-year-old José Noel Coreas of El Salvador.

José lives in the small community of El Volcán, a town prone to a range of natural disasters including earthquakes, volcanic eruptions, tropical storms, landslides and droughts. According to José, every year when the rains come, landslides cover the streets causing the cars to skid and “making it very hard to go into town.”

While only 12, José already knows a lot about dealing with disasters—thanks to trainings he and his friends get in school from the American Red Cross and the Salvadorean Red Cross.

After learning first aid, evacuation routes and other disaster response activities, students across the country like José practice their skills during emergency simulations. The simulations include everything from making bandages, stopping bleeding, treating fractures and finding safe shelter away from the disaster zone.

For José, this experience gives him the confidence to react when crises strike—whether a natural disaster or a personal injury. Students like José often teach skills to their parents and provide first aid to loved ones at home. “Little by little, we are learning how to respond to emergencies in our own community.”

El Salvador, the smallest and most densely populated country in Central America, lies along the Pacific Ring of Fire and is particularly susceptible to a range of natural hazards, including earthquakes, volcanic eruptions, tropical storms, landslides and droughts. Within the past decade, the country has suffered eight major disasters which took the lives of more than 1,900 people.

The Red Cross responds to disasters in El Salvador—providing food, water, first aid and other help when people need it most. When emergencies strike, “the community organizes itself and calls the Salvadorean Red Cross to help patients in need of medical care,” remembers José.

The American Red Cross works alongside the Salvadorean Red Cross to prepare communities for disasters before they strike. Preparedness isn’t a guarantee of safety but equips community members with skills and resilience to mitigate their risks.

How Does the American Red Cross Help Asylum Seekers and Migrants?
.type=article.p=1.t=redcross%3ALine-of-Service%7CInternational
View All
Donate Now