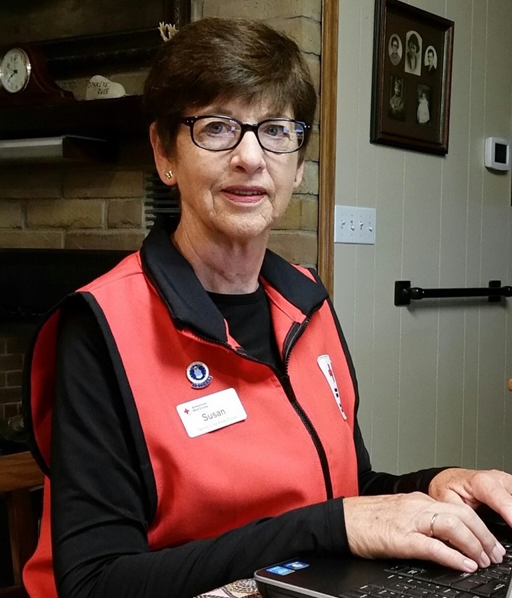 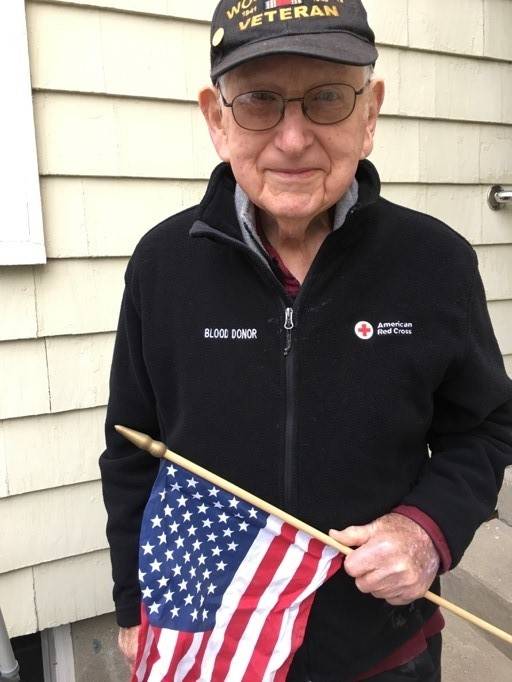 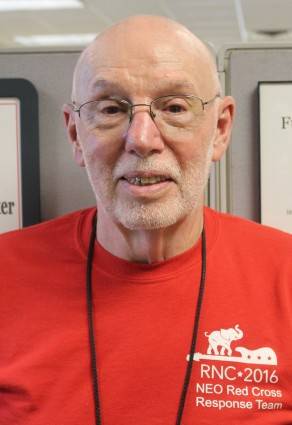 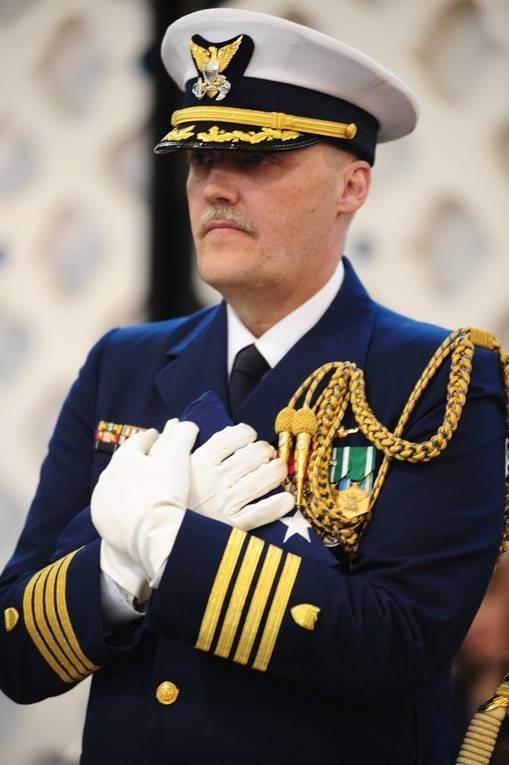 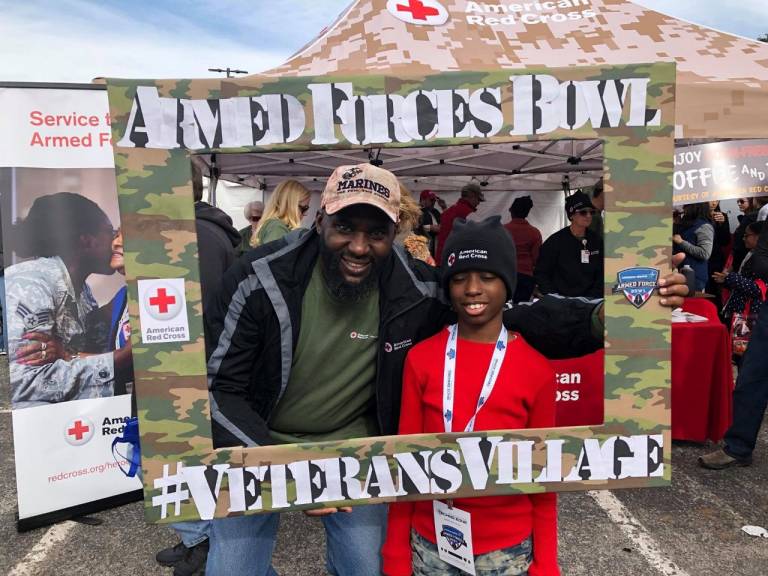 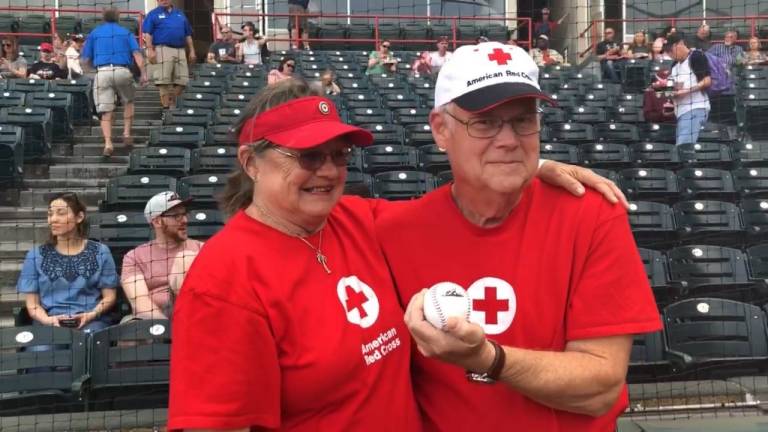 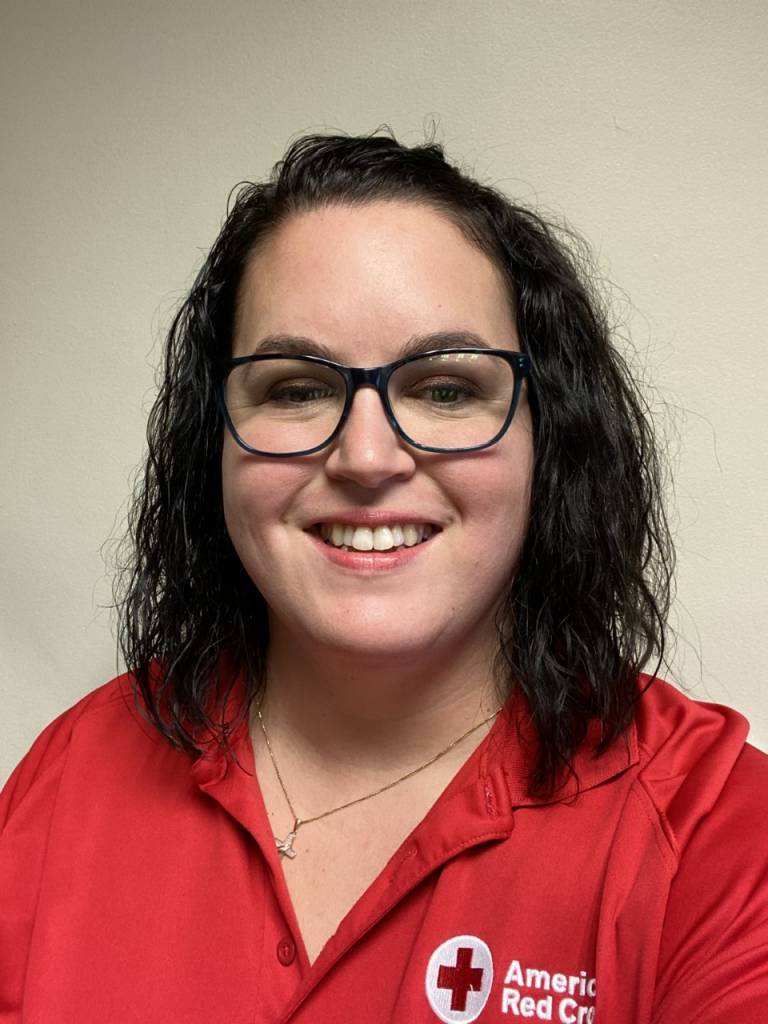 U.S. Air Force veteran Shanna West helps members of the military and their families in the United Kingdom. 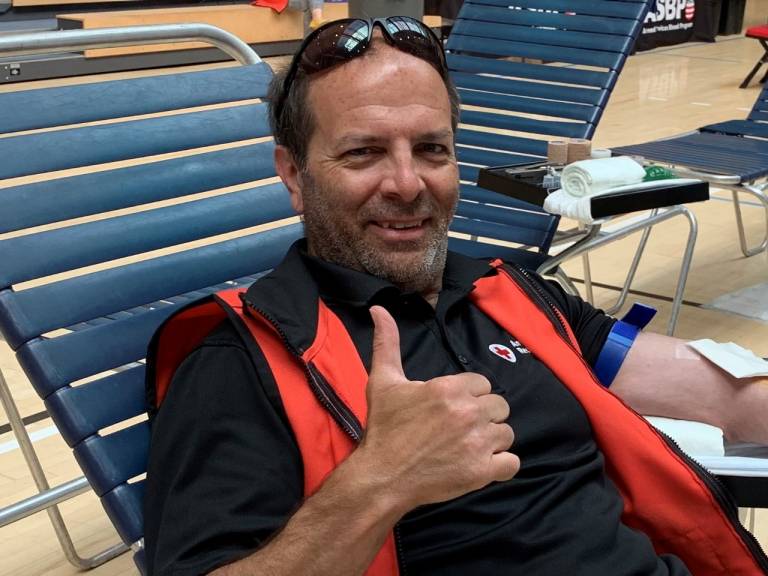 As we prepare to celebrate Veterans Day, the American Red Cross recognizes those who have served our country and continue to contribute to society, many as Red Cross volunteers.

Here we recognize several veterans who continue to serve their communities through their time as a Red Cross volunteer.

Volunteer Gives Back to Members of U.S. Military

Susan Bass is a volunteer for the Red Cross, working with service members and their families on Ellsworth Air Force Base near Rapid City, South Dakota. She served in the United States Air Force as a medic in Tachikawa, Japan during the Vietnam Conflict.. At that time, the Red Cross would bring the patients’ families to the hospital to see their family member, many for the last time.

After a 50-year nursing career, Bass decided to do volunteering and remembered the Red Cross and how they helped service members and their families while she was in Japan. Today she is a Red Cross Service to the Armed Forces (SAF) volunteer who works with members of the military and their families.

94-year-old U.S. Army veteran David Coyle has given more than 40 gallons of blood in his lifetime. Coyle is also a blood recipient who has experienced the life-changing impact that comes from having a ready supply of blood.

In 2018, Coyle underwent a double bypass surgery and needed three units of blood himself. Since recovering from his surgery, he has found a new way to help – saying “thanks” to people waiting to give blood.

At age 19, Bill Conley was serving in the United States Navy when he received the bad news: his grandmother had passed away. Word came to his commanding officer through the American Red Cross and he was sent home to attend the funeral.

“I remember very distinctly, I vowed to myself that if I could, someday I would pay them back for helping me get home,” Conley said. More than 55 years later, he continues to offer that pay back by volunteering with the Red Cross at the headquarters of the Northeast Ohio Region as the Regional Mass Care Manager and a logistics supervisor. He has been a Red Cross volunteer since the year 2000.

Wanted to Do Something Meaningful

Christopher Bankhead began his Red Cross career as a Service to the Armed Forces volunteer. After a 22-year career in the United States Marine Corps, Bankhead “wanted to do something meaningful while finishing my degree” which led him to join the Red Cross team at Marine Corps Base Butler in Okinawa in March, 2015.

He held a variety of volunteer positions, ultimately becoming a disaster action team member and lead for the Camp Foster Naval Hospital in Okinawa. Upon relocating to Fort Worth, Texas, Bankhead has been employed as one of three Red Cross disaster program managers for the Dallas-Fort Worth area where he supports disaster relief and community preparedness activities in the greater Fort Worth area.

Knew I Had to Go

Red Cross Volunteers Pamela and Steve Hoyt are both veterans of the U.S. Navy who met and married in Guam while they were both active duty during the Vietnam conflict.

They were expecting their first child when Typhoon Pamela hit Guam in 1976, causing heavy damage. Pam was evacuated to the hospital because she was 8 months pregnant. The Red Cross was there and gave them $100.00 for food. “Food was scarce but by having cash, and being creative, we made it,” Pam said, “I always knew I would find a way to repay that debt. Fast forward to 2005... Hurricane Katrina and Hurricane Rita. I knew I had to go.”

Fifteen years (and a combined 24 disaster relief operations later), the couple are still actively volunteering in their community. She is a Community Volunteer Leader (CVL) and the Virginia Region-Regional Feeding Lead; Steve does disaster assessment and recovery.

More Than a Job

Shanna West serves as the American Red Cross Field Office Coordinator at RAF Lakenheath, United Kingdom as well as the European Division Volunteer Services Officer and the European Division Youth Preparedness Lead. She served in the United States Air Force for more than four years, marrying her husband, Scott, also a member of the USAF.

After the family’s move to England, West volunteered with the Red Cross to retain her nursing licensure at the RAF Lakenheath Military Hospital and then as the Military Treatment Facility Lead helping coordinate other Medical Professional volunteers in the hospital.

She then began working in her present position. West supports members of the military through servicing Red Cross SAF Emergency Communication Messages, helping spouses find their footing, teaching youth to know what to do in the event of a disaster, and teaching others lifesaving skills as a certified CPR instructor.

Once in a Lifetime Opportunity

Christopher Bowen serves as the Station Volunteer Partner for the American Red Cross in Wiesbaden, Germany. After serving for 31 years in the Navy he retired from the U.S. Navy, as a Commander.

Several months after retiring, Bowen decided to begin volunteering with the American Red Cross at Camp Zama, Japan where he served as a Disaster Action Team member and Preparedness Lead. After transferring to Germany, last year, Bowen soon started volunteering with the Red Cross in Wiesbaden. Initially a member of the Disaster Action Team, he now serves in his current position, working with the Regional Program Manager to oversee station operations and maintain the relationship between the Red Cross and the local military community.

Last year he deployed to the Florida Panhandle to support recovery efforts after Hurricane Michael slammed into the Gulf Coast, providing support to service members and families who suffered devastating losses.

The Red Cross invites you to be a part of its lifesaving work and sign up to volunteer and donate blood. People can learn more about volunteer opportunities and how to submit a volunteer application.

Individuals who are 17 years of age in most states (16 with parental consent where allowed by state law), weigh at least 110 pounds and are in generally good health may be eligible to donate blood. High school students and other donors 18 years of age and younger also have to meet certain height and weight requirements.